I do solemnly swear (or affirm) that I will support, protect, and defend the Constitution and Government of the United States and of the State of Florida; that I am duly qualified to hold office under the Constitution of the State, and that I will well and faithfully perform the duties of (Title of Office) on which I am now about to enter, so help me God.

Well, it appears that isn't the case with some lawmakers. Not to name names, oh who am I kidding. House Speaker Chris Sprowls  (R-FL) is currently breaking his oath. Currently, there is a Constitutional Carry bill in the House's Criminal Justice Subcommittee and it might not ever see the light of day.

Why you ask? Because the Legislative Dictatorship that is Florida gives the House Speaker tremendous amounts of power. The (un)official word is that he has decreed that pro-gun bills are to be smothered in the cradle.

Why would he do such a thing? Florida is a Republican Supermajority State and Republicans are pro-gun! Yeah, that's what they want you to think. But the hard truth is that isn't the case. While Republicans are traditionally more pro-gun than Democrats. That doesn't mean much. If the Democrats want to completely outlaw all firearms and the Republicans want to let the plebs they rule over posses a single shot rifle in .22 Short; that makes the Republicans pro-gun.

Well, in regards to constitutional matters, that carries no weight.

Right now, Florida has 102 Republican lawmakers in the House and Senate and they have campaigned election cycle after election cycle being pro-gun. Yet year after year, the Republicans constantly smother pro-gun legislation.

I personally have been active for a decade in this fight and I'm tired of the game being played.

ENCOURAGE GOVERNOR DESANTIS TO USE HIS “BULLY PULPIT” FOR GUN RIGHTS

Gov. DeSantis campaigned on being pro-gun. Remind the good governor that he swore an oath to Floridians. So far, Gov. DeSantis has simply suffered from a possible case of amnesia. But he's been good in other regards. Hopefully a gentle prodding will remind him of his good standing in Florida.

Also, contact your State Representative and Ask Him or Her to Co-sponsor Constitutional Carry, HB 123.

If you stay silent, they take your silence as approval. Be loud, be proud, be ACTIVE! Make noise and let them know you disapprove of their actions. 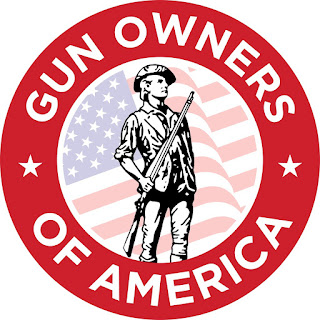