The FN Forty-Nine, it is like a S&W Sigma but more expensive and still just as bad

If imitation is the sincerest form of flattery. Then what the hell was FN trying to praise S&W for?

FN is a name that most people don't usually assume with a pistol that rivals the S&W Sigma in terms of lackluster quality and bad triggers. But that's exactly what the FN Fort-Nine is. It was the Muscles from Brussels first attempt at a modern striker fired polymer framed pistol. 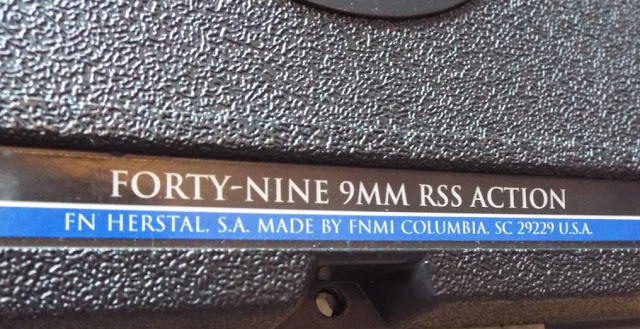 Released in 2000 and made until 2005, the gun was chambered in .40 S&W and 9mm, hence the name Forty-Nine. It wasn't just because FN were San Francisco 49ers fans or they wanted to name a gun after themselves. Oh wait, they did do that. They could have called it the FN Nine-Forty or some other hokey name like big steaming pile of bad ideas. Anyways . . .

The gun was released at the worst possible timing. Right in the middle of the Clinton Assault Weapons Ban. Yeah, FN primarily marketed this clunker to law enforcement. It was 16rds in 9mm and 14rds in .40 S&W. Everyone else got neutered 10rd magazines. 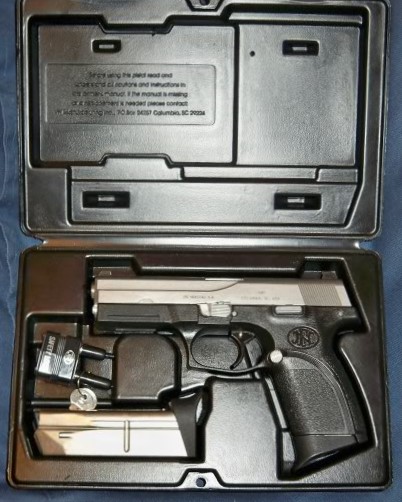 The gun was a traditional double action only design even though it was a striker fired pistol. FN marketed their DOA trigger as a "Repeatable Secure Striker" mechanism. Of course the gun rags of the era covered the gun. 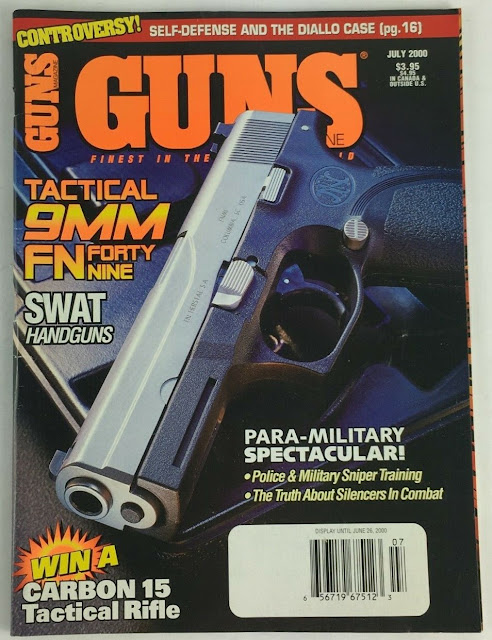 This gun did not have a good trigger. It measured about 12lbs-14lbs and the grip was cut short for some weird reason and the magazine had an extended finger rest to make up the difference. It was just an odd arrangement. It also came out with its own accessory rail, so nothing was compatible with it.
By 2000, rails were starting to standardize on a basic layout and the older HK and S&W grooved clamp on style was out. The GLOCK pattern was in. Lastly, the grip texturing was non-existent. What ever stippling you see, it is there strictly for aesthetic reasons and not ergonomic ones. To paraphrase Rainier Wolfcastle of The Simpsons; "the grip texturing, it does nothing."
Field stripping it wasn't a challenge though. 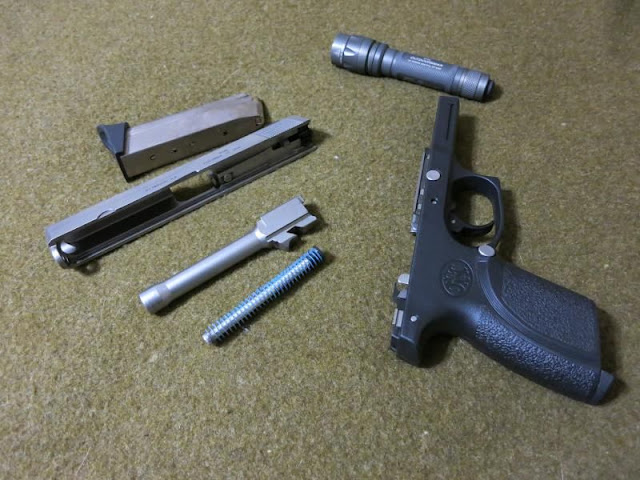 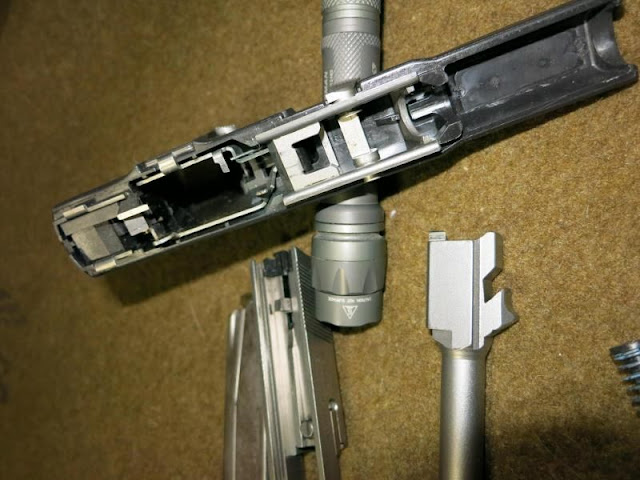 This gun was FN's attempt to muscle into the LE market and it failed horribly. By 2000, the idea of a 12lbs-14lbs DOA striker fired gun just wasn't a popular choice for police departments. By this point, GLOCK was firmly established as what people expected from a striker fired gun. Plus you had the issue with the accessory rail. No one made a damn thing that fit it. Not Surefire, not Insight, and not Streamlight.
The gun itself wasn't bad, but it could have been much better, the trigger wasn't the two-piece hinged setup like what S&W did with the Sigma. But it didn't have a safety device at all, the entire safety behind this gun's trigger was its long and heavy pull. FN wanted to replicate the DOA pull of a revolver, except it was all mushy and bad.
It didn't garner any large contract, it faltered on the civilian market, and it died a quite and unattended death. The FN Forty-Nine came and went in the blink of an eye, another gun trying to dethrone the Austrian Plastic Fantastic. So this Belgian Waffle failed to gain market share all while its competition, the Croatian Sensation did fairly well. Oh well, that is the way the market works. Here's some more pictures of this critter. 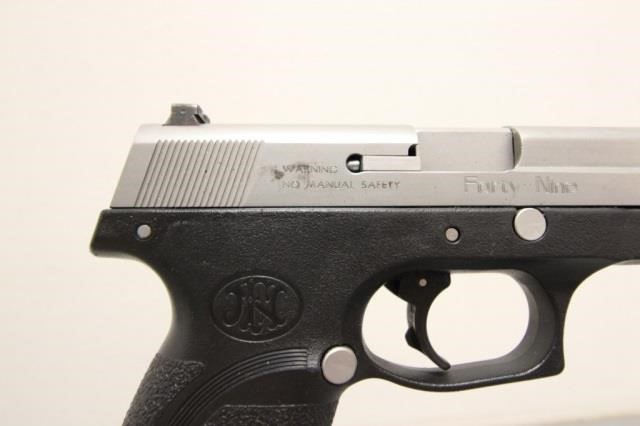 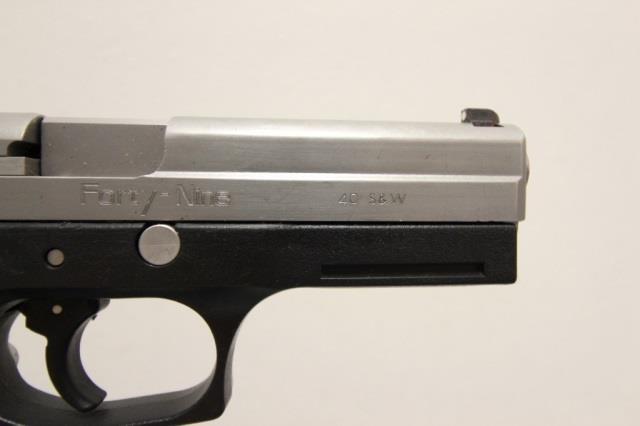 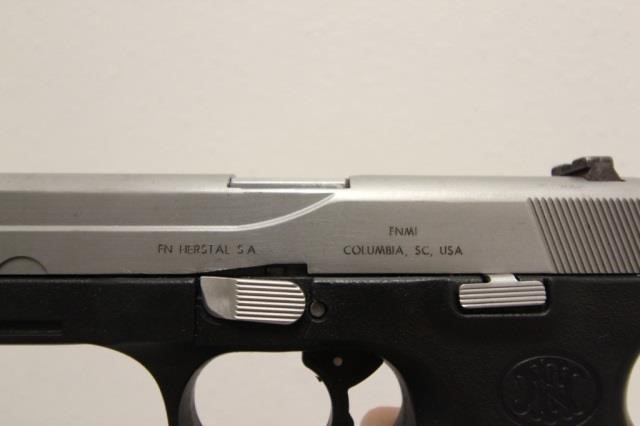 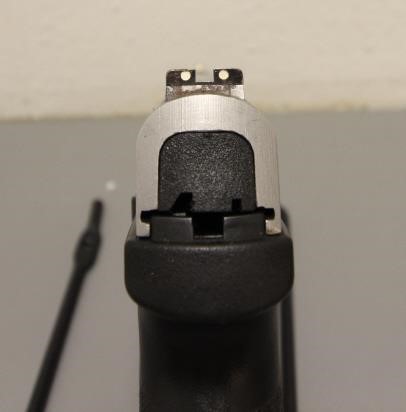 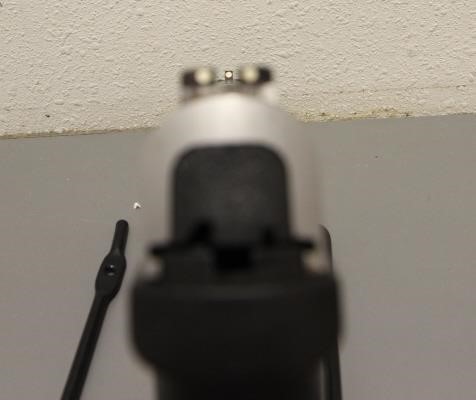 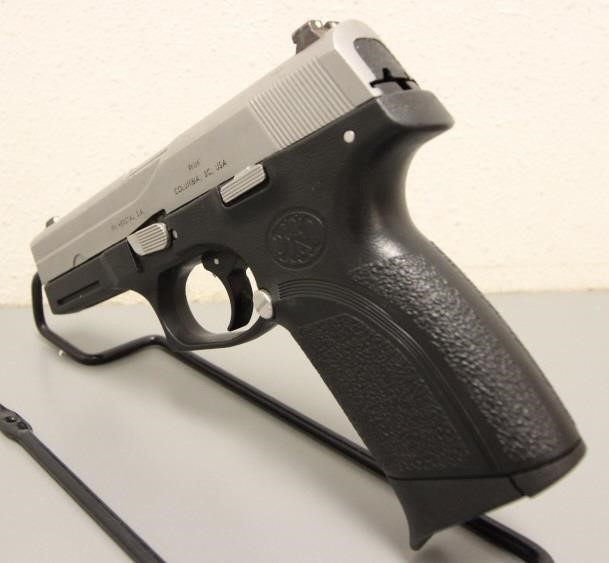 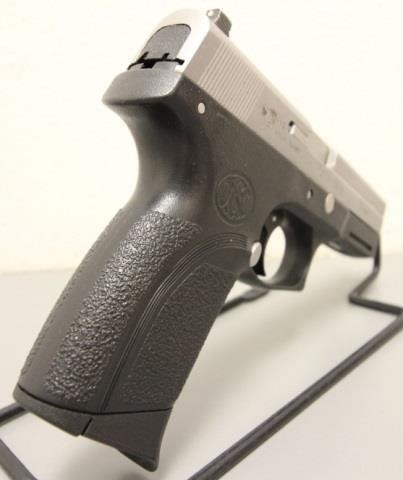 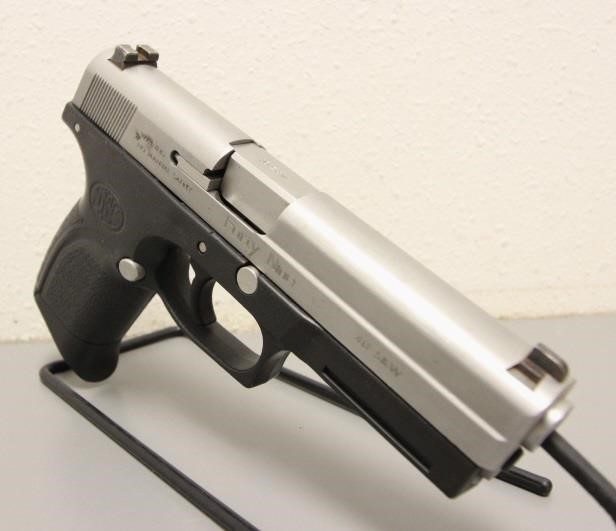 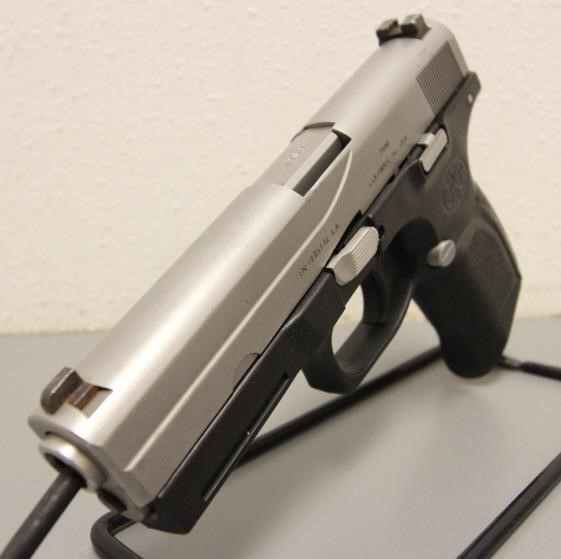 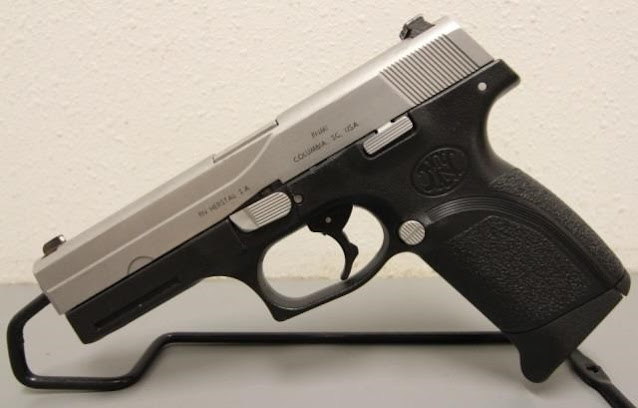 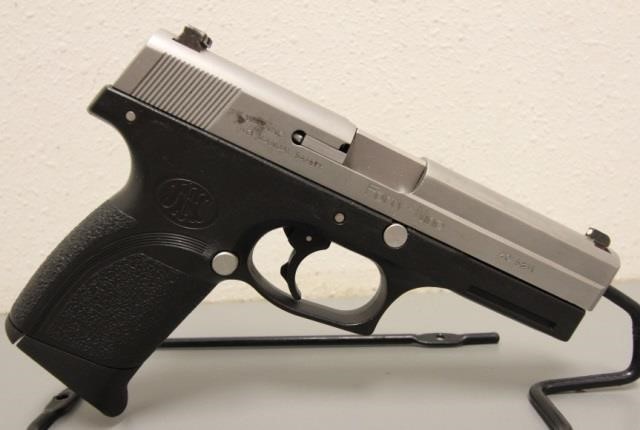