What's wrong with Republicans in Tallahassee when it comes to Gun Rights?

The State of the Second Amendment in Florida

Right now, we have 102 Republicans in office between the House and the Senate -- a supermajority in both chambers.
And yet we can count the pro-gun bills that have been introduced on a single hand. These lawmakers campaign on a pro-Second Amendment stance, but once they arrive in Tallahassee, they suffer from amnesia.

We need Governor Ron DeSantis (R) to use the power of his office to force votes on critical pro-gun reform legislation. This could make a huge difference to help us get pro-gun legislation passed.

I recall in 2018, Gov. DeSantis (then candidate for office) attended the Republican Party of Florida’s Sunshine Summit, and he openly stated that if he were Governor at the time, he’d have vetoed SB 7026.

For those that don't know, SB 7026 was the gun control legislation which the Republican supermajority in the legislature and former Governor Rick Scott rammed into law.

It made purchase of a firearm by anyone under 21 illegal. It pushed Red Flag Laws to destroy the Second Amendment by crushing the Fourth Amendment and curb stomping due process. It mandated that there be a waiting period statewide for firearm purchases and it instituted such a vague ban on firearm accessories that "increase the rate of fire" that it can basically target anything including a 3.5lbs competition trigger connector for a GLOCK.

As a Florida Gun Owner, I would love for Gov. DeSantis to use his office as a bully pulpit to support important pro-gun legislation.

Just this week, Gov. DeSantis sent out an email stating that he's not a "normal Republican." Well, that's a good thing because the past decade has shown that many "normal Republicans" in Florida have been huge disappointments.

They've voted anti-gun and have squandered the supermajority that they hold -- instead of passing worthwhile legislation like Constitutional Carry. 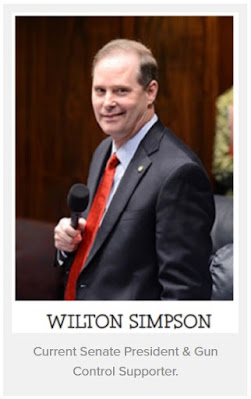 The Florida Republicans we have in the legislature have instead killed pro-gun legislation in committee year after year -- and worse, they have passed anti-gun legislation.

So when Gov. DeSantis says he isn't a "normal Republican," I say "thank goodness!"

Because I'm tired and I know a whole heck of a lot of my fellow Floridians are tired of "normal Republicans" who are slicing and dicing our gun rights.

We need a leader in Tallahassee who will whip them into shape (politically speaking, of course).

Unfortunately, the man who authored the post-Parkland gun control is sitting at the Senate President's desk. That's right, Sen. Wilton Simpson (R) is the man that wrote SB 7026 after the Parkland Shooting in 2018.

He's playing Legislative Dictator -- deciding what bills go where, and putting pressure on lawmakers on what they will introduce.

The same is happening in the House right now. This past week, I spoke before the House Criminal Justice Subcommittee to push for better gun laws in Florida.

Afterwards, I spoke personally with the subcommittee's chair, Rep. Cord Byrd (R) and asked him about the status of the other pro-gun bills. Why did I ask him? Because that's where many pro-gun bills are currently parked.
Rep. Byrd told me that he might -- and that's a big MIGHT -- put those bills on the committee's agenda for a vote in March. But that's only if he gets the blessing from the other Legislative Dictator, House Speaker Chris Sprowls (R) and my sources within the Capitol are telling me that Speaker Sprowls wants all the legitimate pro-gun legislation to wither on the vine.

It currently appears that HB 295, the Religious Institution Carry bill, is the only bill that is currently moving and its Senate companion bill is heading to a committee chaired by a freshman Democrat. Who put that person to chair the committee? None other than Senate President Simpson. As the head of the Senate, he decides who gets to chair the committees. So why is a freshman Democrat Senator chairing a committee when there is a Republican Supermajority in the legislature?

Simple... Florida is a Legislative Dictatorship.

The Religious Institution Carry bill is only a very minor improvement in the law. With Republican supermajorities in each chamber, Florida should be passing MULTIPLE pro-gun bills that greatly improve gun laws for the better. Bills that advances causes like Campus Carry, Open Carry, and Constitutional Carry. Bills that make Florida a Second Amendment Sanctuary State.

As Floridians, we should be excelling in defending our 2A rights, yet for the past decade we have been falling behind. Our state was once known as the “Gunshine State.” We were a state that was proud in being proactive in expanding the rights of Floridians. The arguments that the gun-grabbers have claimed have been proven false. Forty five states have Open Carry and almost twenty states have Constitutional Carry. These states tend to have the lowest crime rates in the country.

It appears that currently, there is only one true Constitutionally minded pro-gun Republican in the Florida Legislature and that's Rep. Anthony Sabatini (R). 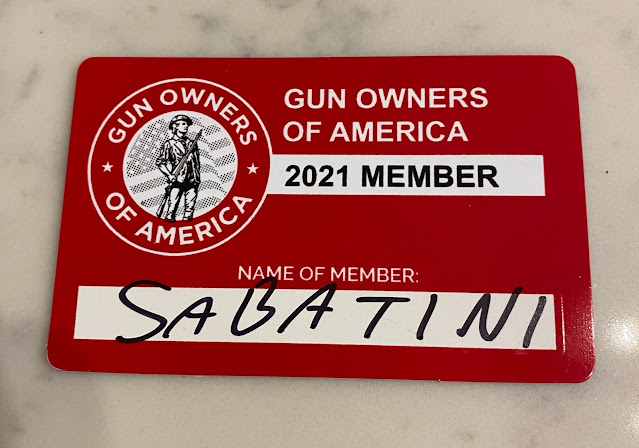 I can tell you that he's pro-gun. Why do I know this? I've sat down with the man in person. 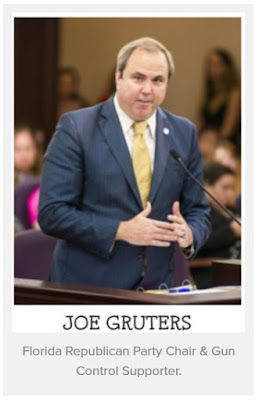 But currently, Rep. Sabatini’s pro-gun bills -- Constitutional Carry, Campus Carry, and the repeal of the ban of ammo/gun sales during declared states of emergency -- are languishing in the House in the very subcommittee that Rep. Byrd chairs. Rep. Byrd won't move forward without the blessing of the House Dictator in Chief, Speaker Sprowls.

The real problem? Some Republican lawmakers believe that gun owners’ votes can be taken for granted when faced with a choice between them and an anti-gun Democrat. It’s the old game of “the lesser of two evils.”

Even the party leadership is showing signs of political corruption. Sen. Joe Gruters is currently the chair of the Republican Party of Florida and he voted in favor of the Parkland bill too. You'd think that the head of the RPOF would be pro-gun and would have a voting record that is pro-gun. You'd think that the RPOF would be pressuring its members in the House and Senate to introduce pro-gun legislation since that's what they actually campaign on.

But no. That's not what I'm seeing this legislative session and it isn't what I haven't seen in the past decade either.

Here is the voting record from 2018 on SB 7026, the Parkland gun control bill that was passed by a Republican supermajority. 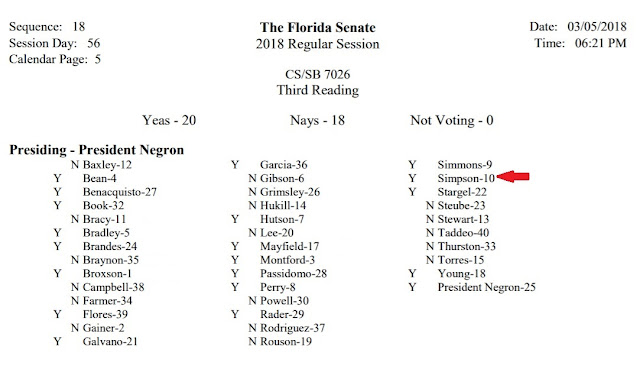 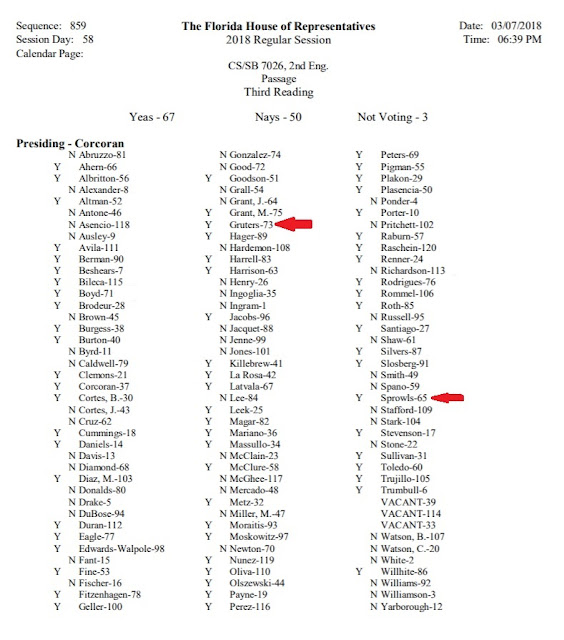 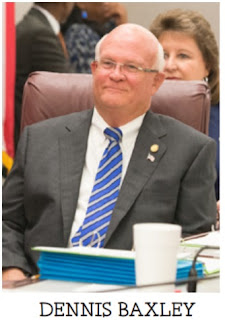 Notice who is being pointed out? The very legislative and party leadership current running the roost in Florida.

But that's what needs to change. How does this change you ask?

These RINOs need to hear from us. And if they won't advance pro-gun legislation, then they need to know that we will primary them before the next election. That's right, 2022 is election season in Florida and right now, RINOs are in season with no bag limit.

As gun owners, you must be loud, proud, and ACTIVE! Make noise!

Gov. DeSantis says he isn't a "normal Republican" and that he will "never back down from a fight." Great! He still needs to be reminded that he campaigned that he would defend our Second Amendment rights.

He needs to be urged to use his office as a bully pulpit to pressure Republican lawmakers in the legislator to pass meaningful pro-gun legislation.

Most lawmakers will bend knee when they get enough pressure from their constituency. Your phone calls, emails, letters, and physical presence make a difference. This past week, three Democrats voted in favor of HB 259, the Religious Institution Carry bill. Yes, you read that right. THREE DEMOCRATS VOTED YEA FOR A PRO-GUN BILL.

I can positively tell you that one of the Democrats during the hearing for HB 259 back on Feb. 10 flat out said that she was getting getting phone calls and emails about the bill and a good chunk of them were in support of its passage.

That shows that your actions do send a strong message. Your pressure on lawmaker sends a message.

"Republican Lawmakers don’t support pro-gun legislation because they don’t hear any negative criticism from their constituency. They take the silence of gun owners as approval."

Let it be a lesson. Only the squeaky wheel gets the grease. Simply voting for Team R gets you nowhere. You need to put pressure on the lawmakers and keep the pressure on them. Hold their feet to the fire and remind them that they work for you.

Email Gov. DeSantis and urge him to do what is right.
Luis Valdes is the Florida State Director for Gun Owners of America.