The late 80s and early 90s were a heck of a time for shooters and gamers alike. Since I'm both a gamer and a shooter. It is fun going back and looking at the industry rivalries that existed. The two biggest during the 8-bit and 16-bit era was Sega versus Nintendo. Sega always tried to be more edgy and aggressive since they kept trying to dethrone Nintendo from their absolute monopoly like control they had over the North American Video Game market. Their most famous set of attack adds against Nintendo was the "Genesis Does What Nintendon't". It was Sega pushing the fact that their new 16-bit system, the Genesis was a better gaming machine than Nintendo's 8-bit ubiquitous grey box. And it was true... until Nintendo released the Super Nintendo Entertain System and utterly crushed the Genesis in graphical abilities and sound. 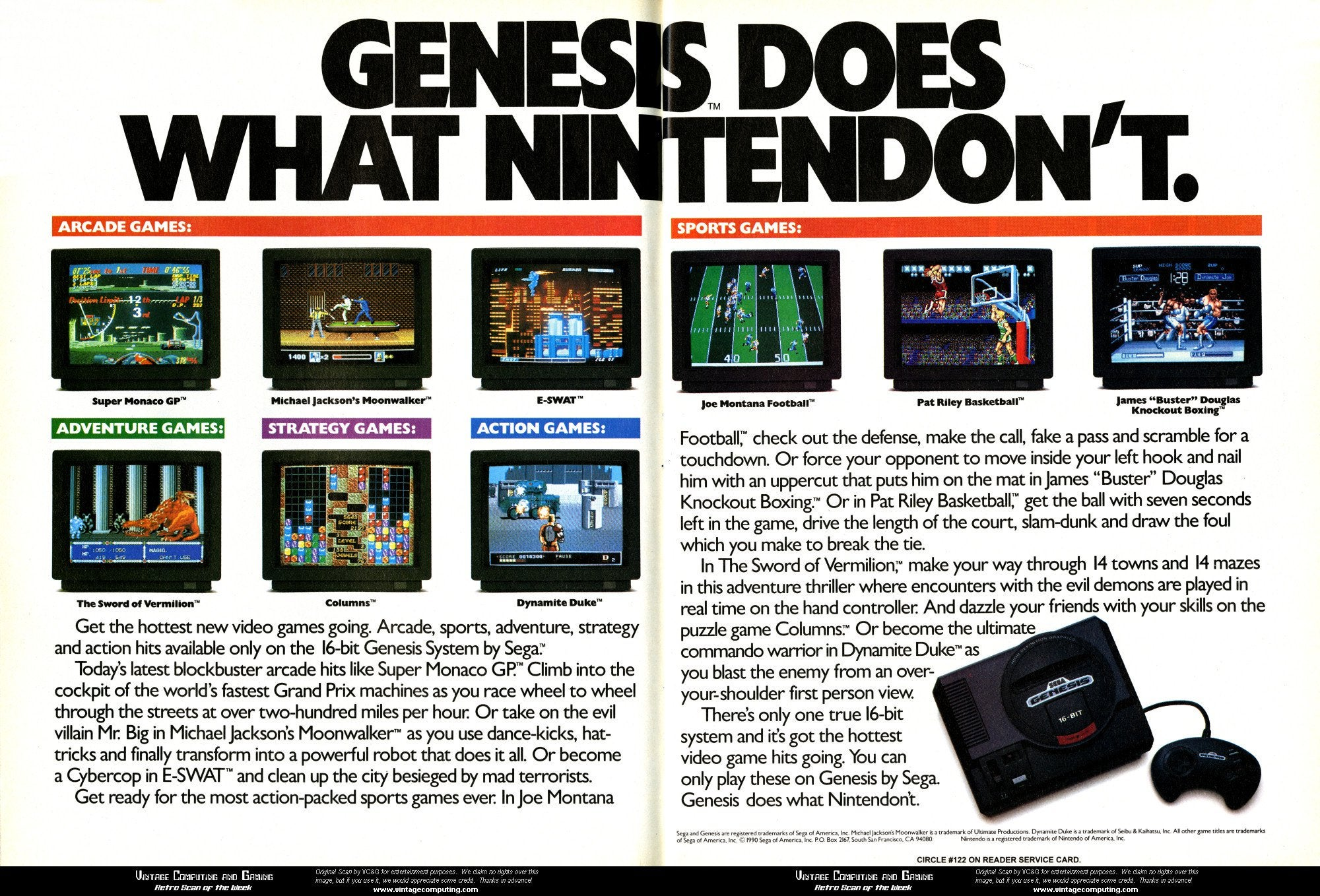 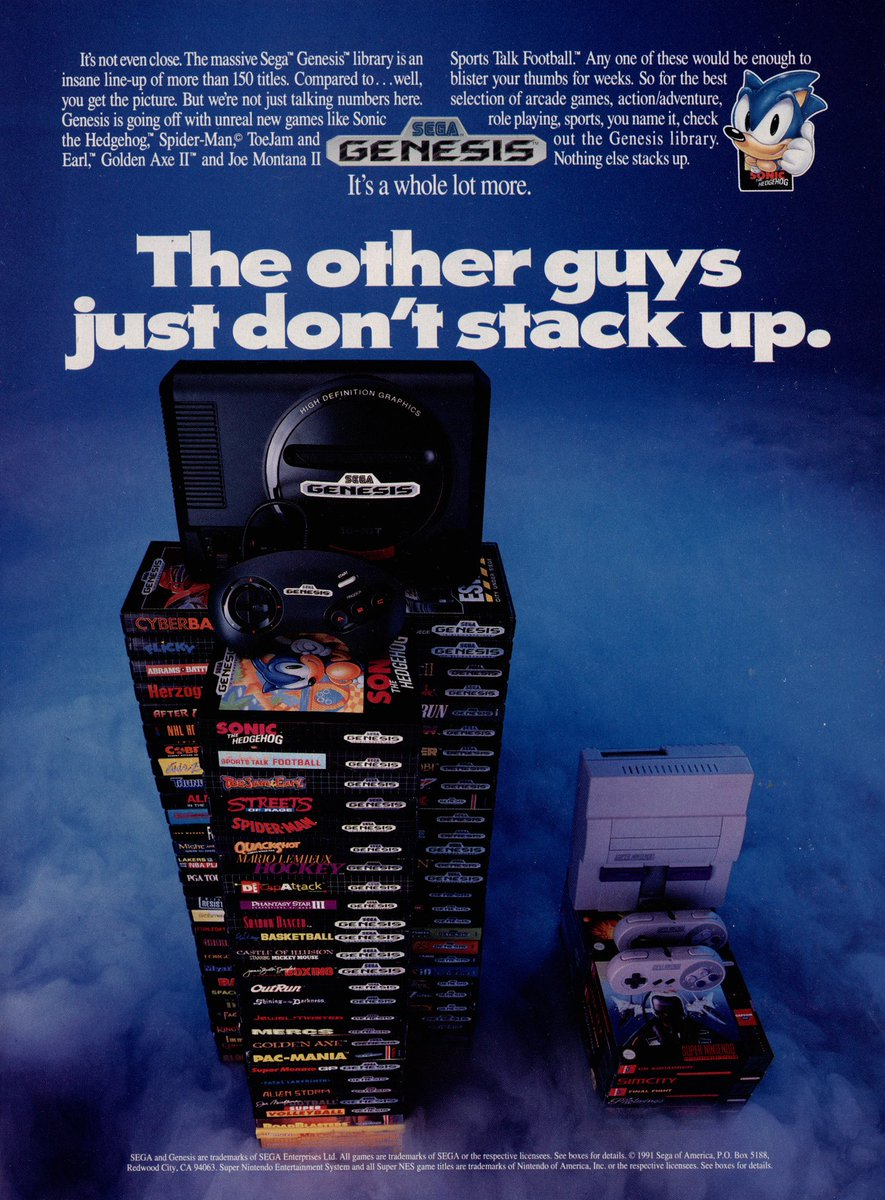 Nintendo just laughed at such a thing and kept laughing all the way to the bank. Hell, they barely even went after Sega but when they did. It was a slick burn that would rival something President Trump would release on Twitter. 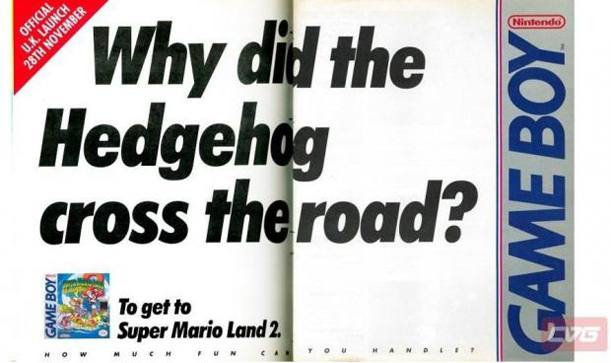 Here, Nintendo went against Sega's mascot and they did it with a Game Boy ad of all things. Remember, the Game Boy was a Black & White portable and they basically said in this ad "We don't care, We can crush you with a simple sequel to a Game Boy title. You don't scare us."
And boy was Nintendo not scared of Sega for the most part. They won the console wars since they're still making systems to this day and Sega is now just a software developer.
On the gun side, Ruger and Smith & Wesson had a similar rivalry. Big Blue dominated the Law Enforcement Market and Ruger kept nipping at Smith & Wesson's heels trying to steal their market share. Ruger had a similar LE focused ad with their P Series of Automatics. 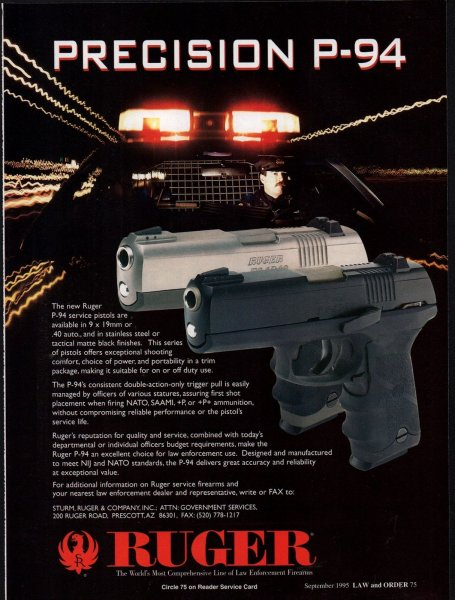 But the main attack that Ruger did was claim that Big Blue's L-Frame Revolvers were weak and that the Ruger GP100 was much stronger in design. Much like Nintendo, Smith & Wesson simply laughed Ruger's attempts off with this ad. 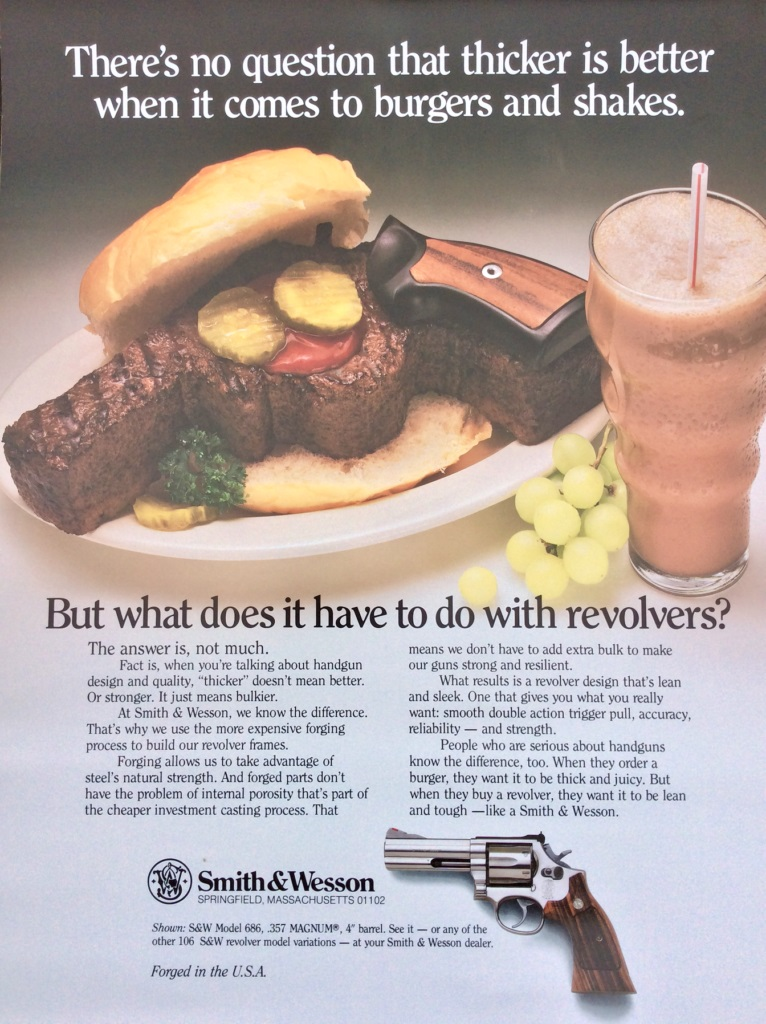 Yeah, that was a slick burn by Smith & Wesson. But unlike Nintendo's triumph over Sega. Ruger is still around and is now one of the largest gun companies in the world. Sure, Ruger never took over Smith & Wesson's LE market share, but Big Blue didn't retain it either. They lost that to GLOCK. Much like how Sony came into the video game market in the 32-bit era and devastated everyone. 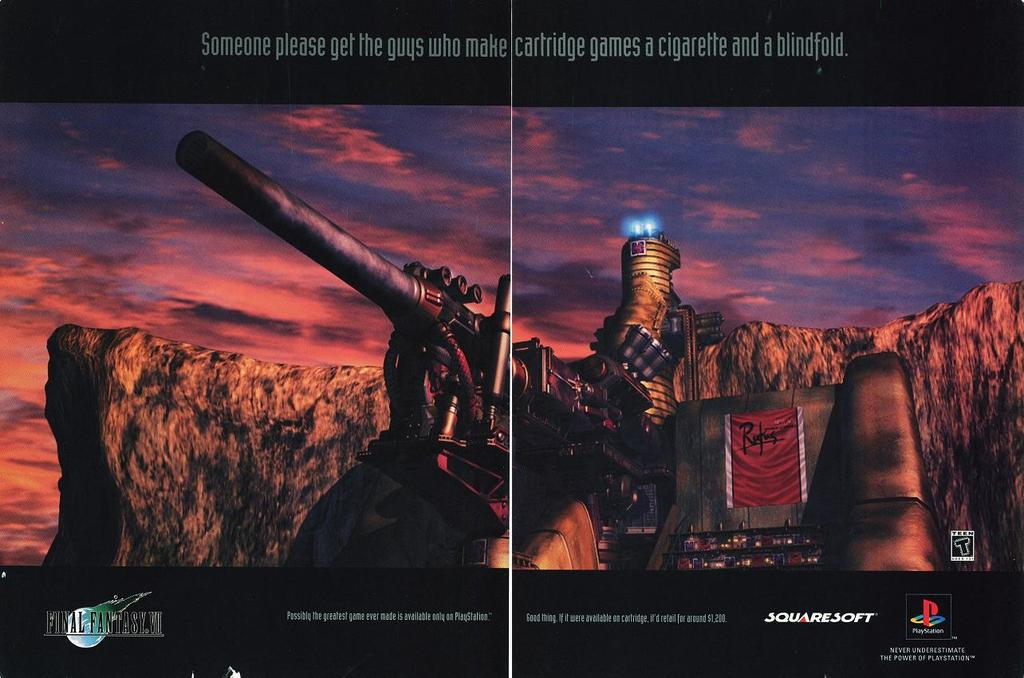