The Law Enforcement Officer Safety Act Explained and why having a State CCW Permit is still a good idea.

(This is not legal advice and do not take it as such.)
The Law Enforcement Officer Safety Act, otherwise commonly known as HR218 due to the original legislative bill number is a Federal Law that grants qualified individuals the legal ability to carry nationwide in all fifty states and territories. It seems simple enough and many think it is a national CCW permit. But the honest truth is it isn't.
LEOSA does have its caveats. It isn't universal in its rules.

1. You aren't exempt from the Federal Gun Free School Zone Act nor are you exempt from State Prohibition due to Location or Private Property Laws as a retired/separated individual. If Minnesota for example allows the "no concealed carry signs" to carry the weight of law. Then you're barred from carrying at the Mall of America if they have such a sign. Since Florida disallows the carry in polling places. You can't carry there when you go vote. Same goes with bans on carrying in places like bars, government buildings, post offices, etc.

2. The law says who qualifies. But the reality it is much murkier. Each State defines who is and isn't law enforcement. LEOSA in a nut shell says you qualify if you have arrest powers and can carry a gun on and off duty. New Mexico for instance doesn't allow Reserve Police Officers to carry off duty or have arrest powers off duty. So they don't qualify and that was an issue with Lake Arthur, NM and the pay to play badge scheme.

In Florida, Correctional Officers recently became qualified by statute since they weren't considered law enforcement. But that has recently changed when Gov. DeSantis signed a bill into law. In Washington DC, Correctional Officers weren't qualified until they sued the government and won. Federal Law Enforcement Agencies under the Executive Branch also weren't originally qualified nor were Military Police. But that changed with legislation.

In the end, each State and Territory governs who is and isn't qualified.

There is no definition on what a separation with "good standing" is.

This segues into the next part.

4. Issuance of LEOSA Credentials isn't automatic and not required by anyone. The Federal 11th Circuit Court of Appeals ruled in Camille Burban v. The City of Neptune Beach that there was no private cause of action under LEOSA that would entitle a former officer to relief after his/her application for an identification card was denied.

5. States can set additional requirements. New Jersey for example makes their separated officers get a "Retired Police Officer carry permit" and limit it to people under the age of 75. No RPO card, no LEOSA carry.

8. Qualified Separated Officers have to qualify annually. Each state is allowed to set up those requirements. No agency is required to put separated officers through a qualification course. 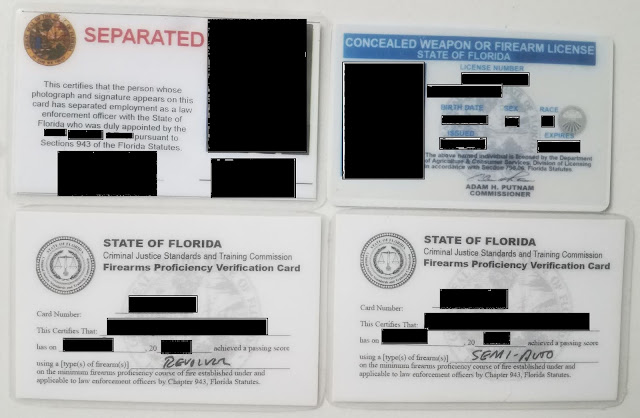 Since FDLE's CJSTC requires that we qualify individually with each class of weapon. We're issued two cards. One for Semi-Autos and another for Revolvers upon qualification. Different states have different requirements.
9. LEOSA is an affirmative defense. It doesn't prevent any jurisdiction from arresting someone (as NYS and NYC has done in the past). 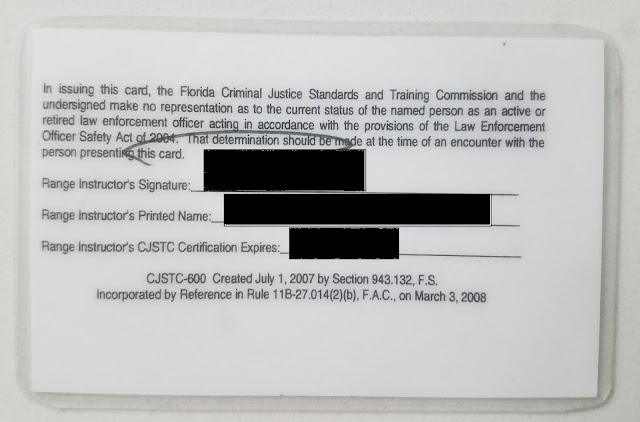 You have to prove that you're qualified to carry under LEOSA and even FDLE's CJSTC LEOSA Card says that in the back.

10. LEOSA is not permanent. You can be actively sworn with an agency and for reasons outside of your control. You can be placed on administrative leave due to a bogus complaint filed against you. While on administrative leave, you might be stripped of your authorization to carry off duty under the badge. Which means you're not covered under LEOSA.
So with all that out there. If you qualify and actually have LEOSA Credentials and happen to live in a place where you can get a CCW Permit. 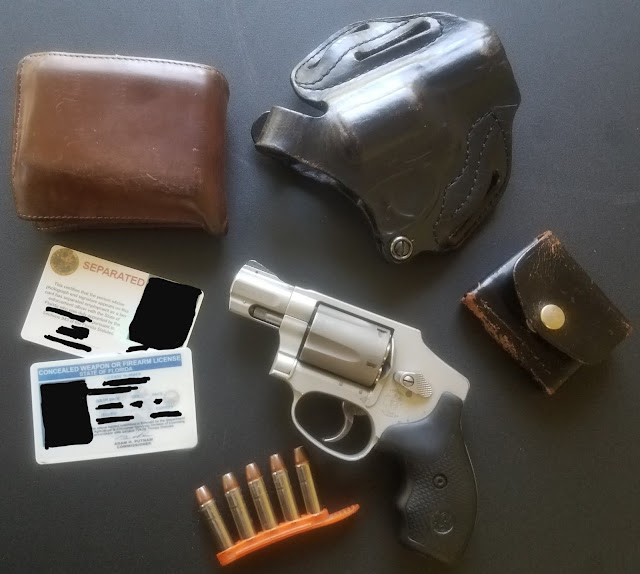 Do it and get one. Don't just rely on LEOSA.
Also, before I forget. The military is covered under LEOSA too. A number of Military Occupation Code, Air Force Specialty Codes, and Navy Enlisted Classification qualify.

For example, the Army's Counterintelligence (35L) qualifies since they are government employees, are armed, and have arrest authority.
Of course Army Military Police, Marine Military Police, Navy Master at Arms, Airforce Security Forces, Coastguard Maritime Law Enforcement Specialist, along with the the Army Criminal Investigation Command, Air Force Office of Special Investigations, Naval Criminal Investigative Service , and Coast Guard Investigative Service qualify too.
In People v. Booth, the courts stated that Coast Guard Boarding Officers are qualified law enforcement officers and as such they are authorized to carry personal firearms off-duty for self-defense under LEOSA.
So for the military; there is a number of job ratings that would qualify.