Buckle your seatbelts, we're taking the time machine to 1995 to look at the Wonder-Nine transition.

Gather around children. Today we're going back to the far off year of 1995. Yup, we're going to talk about the transition to the Wonder-Nine for the civilian market. Let's get the time machine going. Okay, everyone is strapped and ready to go? Because where we're going. Accessory Rails and RMR Optics didn't exist yet.

Woah dudes! We're back in 1995 and I swear, color existed. But Shotgun News wasn't and neither was some of the other gun publications. So you just have to imagine what color looked like. Anyways, today we're looking at some quality guns and the what led to the transition to the higher capacity Wonder-Nine.
First up is the Smith & Wesson Model 15 Combat Masterpiece.

The classic "K" Frame .38 S&W Special duty revolver. One variant or another of this wheel gun rode in the police holster for close to most of the 20th Century. A six shot, adjustable sight, double/single action gun. The quality that S&W put into these guns was fantastic. They were smooth shooting and capable for the era. The .38 S&W Special cartridge was and still is nothing to sneeze at. The 125gr SJHP +P load was a capable self defense round and Metro Dade PD put it to good use. How do I know? That's what my Father used back when he was a uniform patrolman for Metro Dade PD.

With HKS Speed Loaders, the gun was capable for most police shootings.

But there was another classic riding in cop holsters back then too.

That's right, the ever classic slabside .45; the 1911 semiauto pistol. Yes, the 1911 did ride in police holsters back in the day and it was hugely popular in shooting public due to its history in the military. 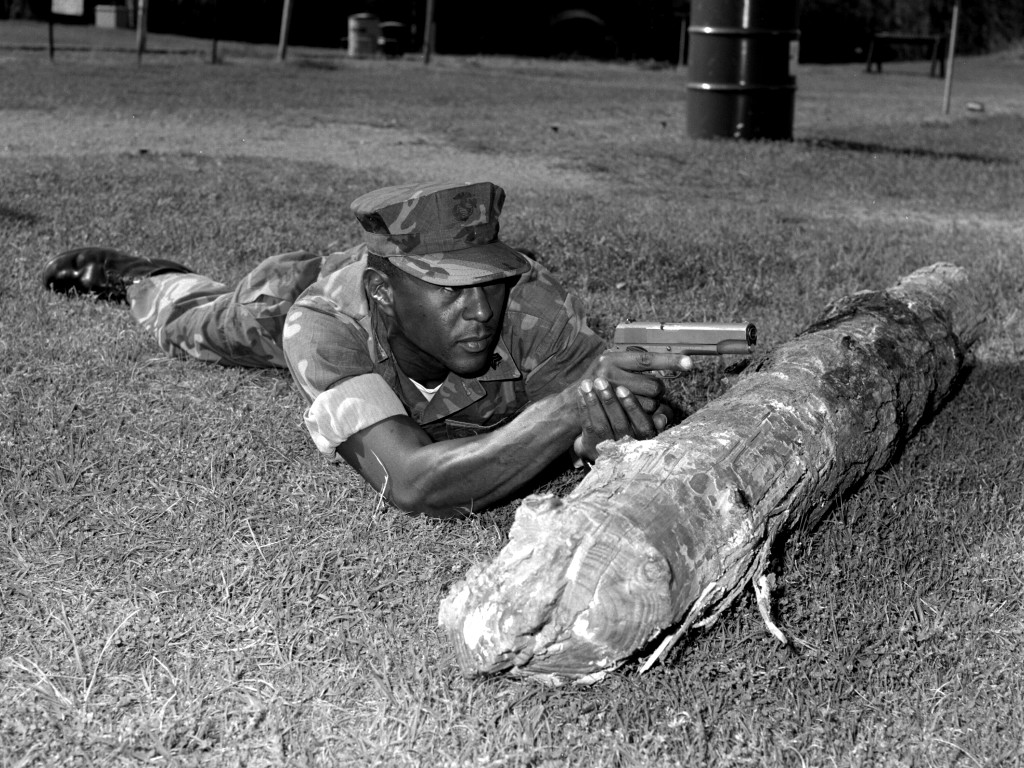 The 1911 served a three quarters of a century as the duty pistol of the US Armed Forces it was a handgun well respected in police work due to its proven track record as a "man-stopper" with the 230gr FMJ. Originally shipped from Colt with a 7rd magazine and later updated to 8rd mags. The single action only 1911 was good with round ball. But back then, it was standard to purchase a 1911 and then send it to a gunsmith to get it to feed anything other than FMJ ammunition. But cops that could carry a 1911 did. They wanted the added firepower and quicker reload capabilities that a gunfighter got in a semi-automatic. Colt fixed some of the issues and released the Series 80 1991A1. The gun had no problem feeding the hollow points of the era and as a Series 80 design, it had a firing pin block that made it drop safe.

But by the 1980s, the two guns above were starting to show their age and cops wanted some more firepower to fight the heavily armed criminals. And guess who answered that call? Beretta with the Model 92FS is who.

The Wonder-Nine that replaced the slabside for the military and the trusted wheel gun for police. 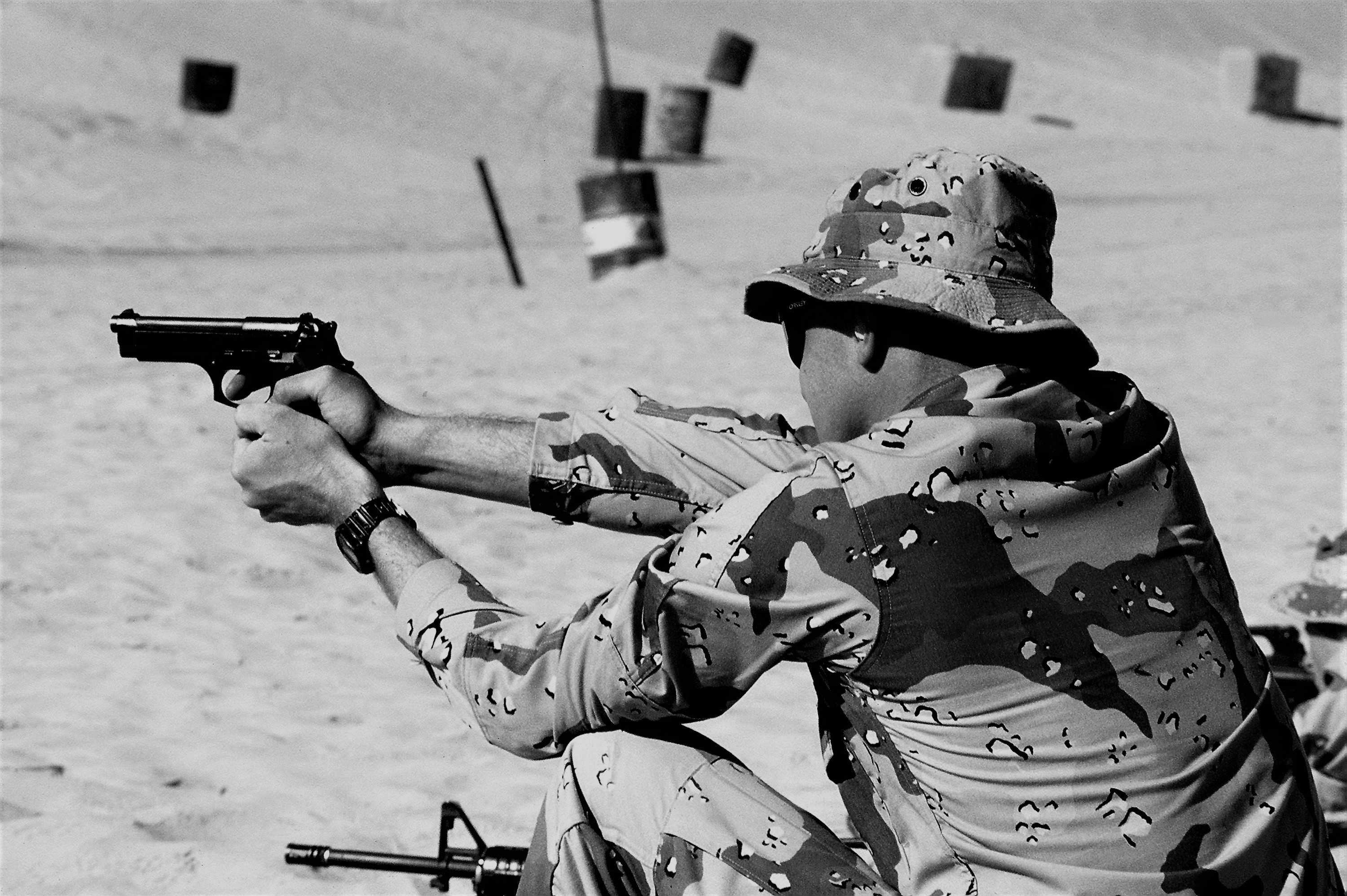 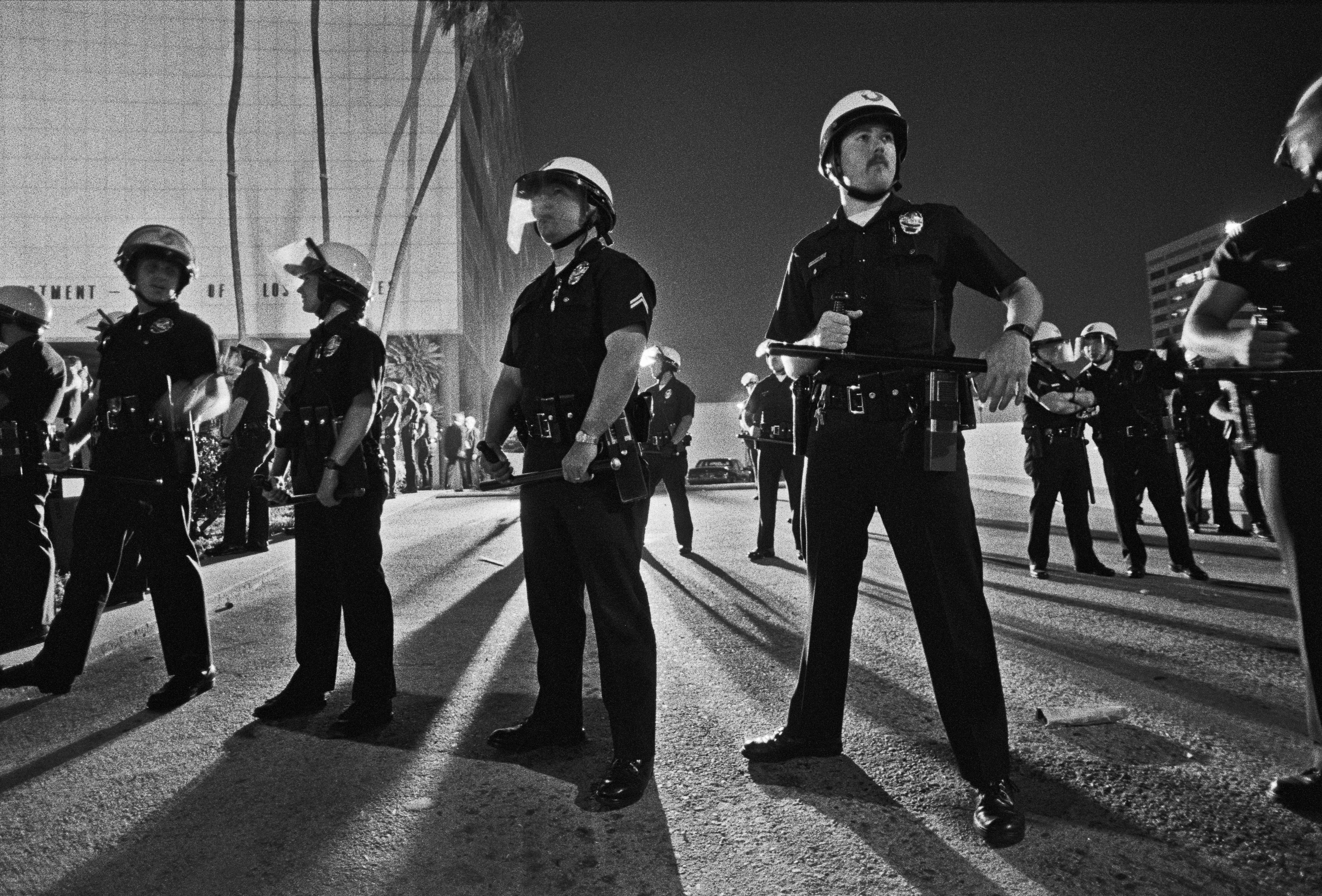 Fifteen rounds of 9x19mm made NATO happy along with a good amount of cops on the streets. As a double action/single action design. The 92FS is honestly the classic Wonder-Nine. While there were plenty of other automatics that stepped up to the place, the sexy Italian 92FS is the gun just about everyone thinks about when it comes to what a Wonder-Nine. The trigger pull is smooth and crisp and the slide feels like it glides on greased mirror polished ball bearings.

In 1995, you couldn't go wrong with a 92FS. Pre-Ban 15rd magazines were widely available and loading them with 124gr JHP from Federal Hydra Shok wasn't a bad choice either in ammunition. The 92FS was at the height of its popularity. In service with the US Armed Forces and agencies like the LAPD and FHP. The gun developed a hell of a reputation as a proven and capable gunfighter's gun. It was comfortable to carry, easy to maintain, and accurate. And as mentioned, the trigger and excellent for a DA/SA gun. Plus it helped that Hollywood made it a star in films like Die Hard and Lethal Weapon.
Why the switch? Because criminals were up-arming and the military needed to standardize with NATO. Honestly, with the advancement of hollow point ammunition (considered privative by today's standards) back then. Police had a better gun. Higher capacity, less recoil, and a capable round that could put someone down. The military had similar changes too except for the putting someone down since they used 9mm FMJ ammo. But that's a whole other issue. The 1911s were ridden hard and put away wet. The last major purchase of 1911s for the military was in 1945. So the youngest 1911 in military service was forty years old when the 92FS replaced it. And as many know. The shooting public took notice and many went with the same choice.

It was good choice then and now.

So grab your Eagle Industries Fanny Pack, load up your 92FS, wear your Ray Bans, and listen to some 2 Live Crew as you cruise the strip looking for some gals to party with. 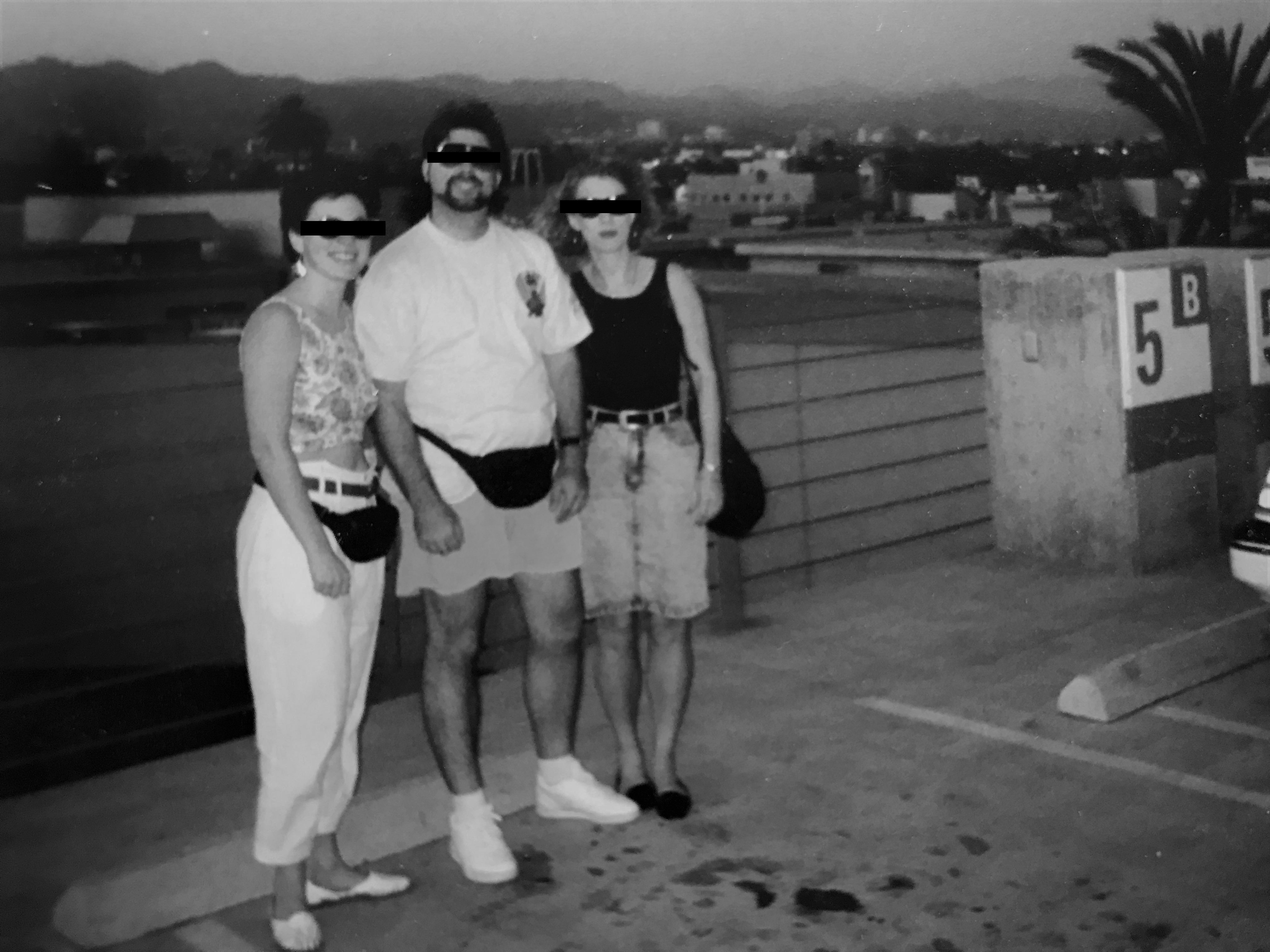 Why do that? Because we ran out of gas and the time machine needs 93 Octane and the gas station at the corner only has regular 87 and I can't use Apple Pay. Does anyone have $20?