What is the HS 2000? It was the pistol that existed before it became the Springfield Armory XD9. 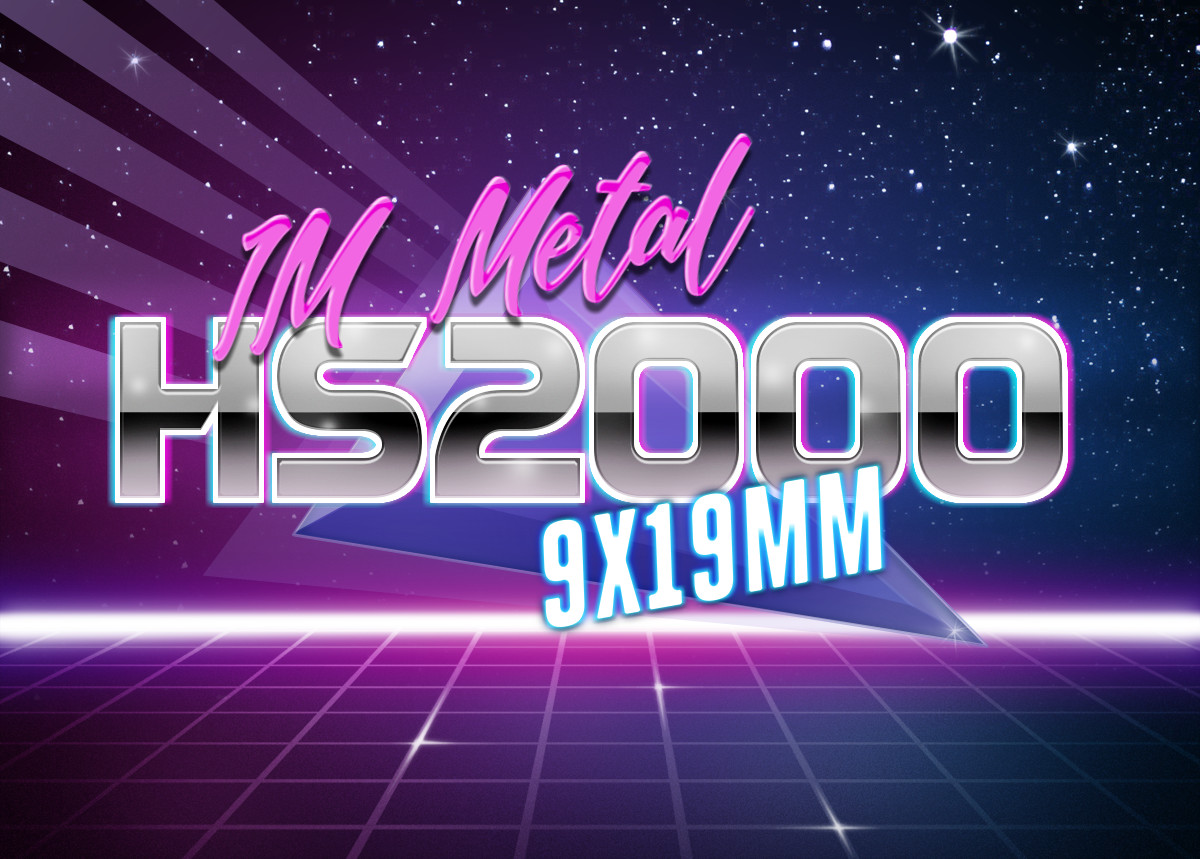 Yes boys and girls, there once was a time before XDs were the gun meme of the week because of "muh grip zone". And today we're going to look into the gun before it was the XD. 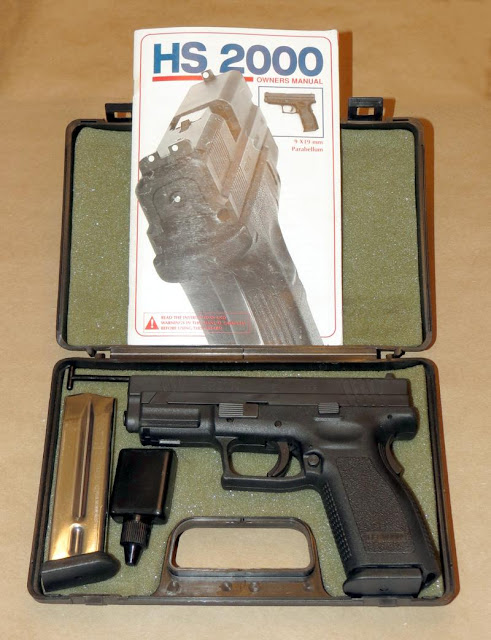 The HS2000 traces its roots back to the Balkanization of the Socialist Federal Republic of Yugoslavia. Croatia sought independence and in 1990, the Serbian dominated Yugoslav People’s Army and its commanders expected that Croatia would use the equipment of the Territorial Defense Forces to build its own army. The TDO was similar to a State Militia or National Guard, it was a regional reserve force and had armories in the region.

So, on April 14 of that year, General Staff of the YPA ordered that all TDO armories be emptied and centralized. But strangely, this order did not include the police, who reported to the Croatian Ministry of the Interior. So the Croatian Government decided to strengthen the police and started to order CZ Pistols from Czechoslovakia. The police was the nucleus of a future independent army of Croatia.

Croatia fought a war of independence from 1991 to 1995 and arms were always in demand. 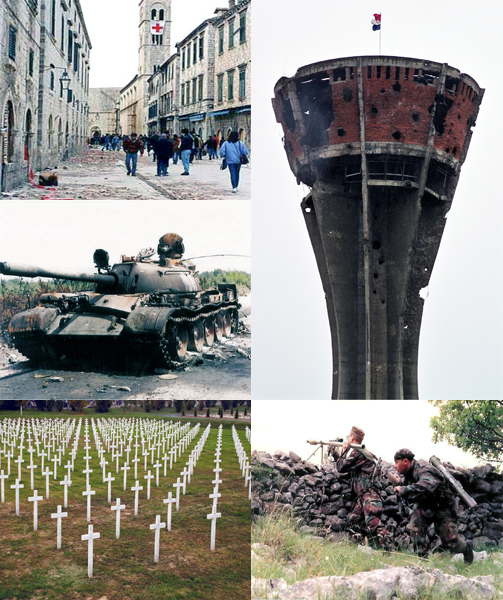 A privately-owned industrial parts firm I. M. Metal was formed in 1991 and they developed to native pistols for the Croatian Armed Forces. Marko Vuković lead a design team and he made two pistols. 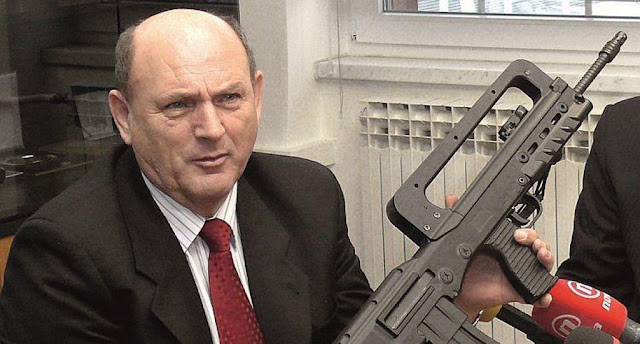 The PHP and the HS95; both were hammer fired guns. 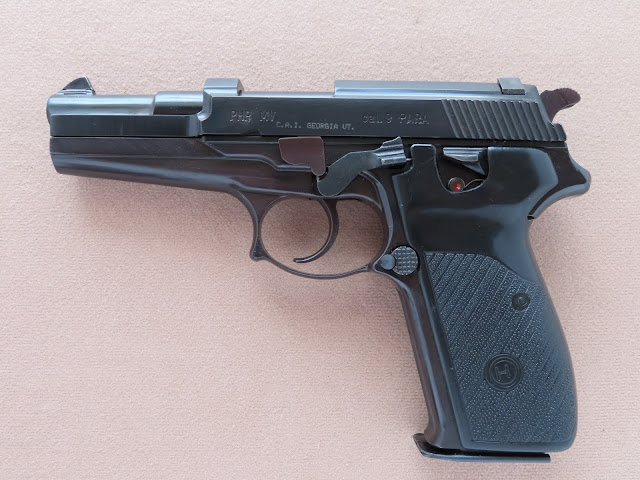 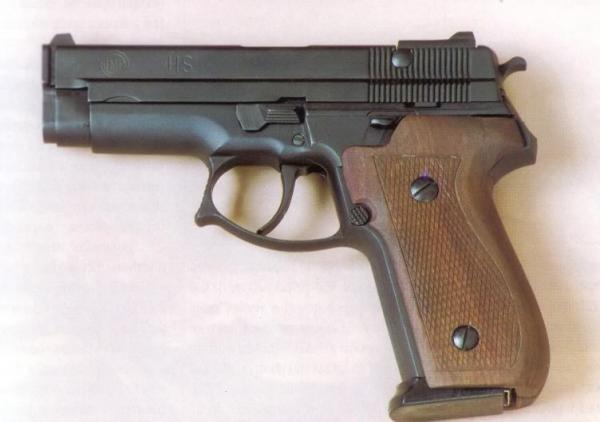 Marko Vuković wasn't happy and knew he could produce something better. So with help from the Croatian Institute of Technology and Faculty of Mechanical Engineering and Naval Architecture in Zagreb. A polymer framed striker fired pistol was developed. The polyer used in frame specifically is made of Ultramid PA 66 material from BASF.

Here's the one I have. As you can see. It looks somewhat similar to a XD9 and that's because in reality it is a XD9. The HS2000 went through three generational changes before Springfield Armory got their paws on it.

Mine is a Gen 1 gun made in December of 1999. The takedown and magazines is exactly the same as every other XD9. 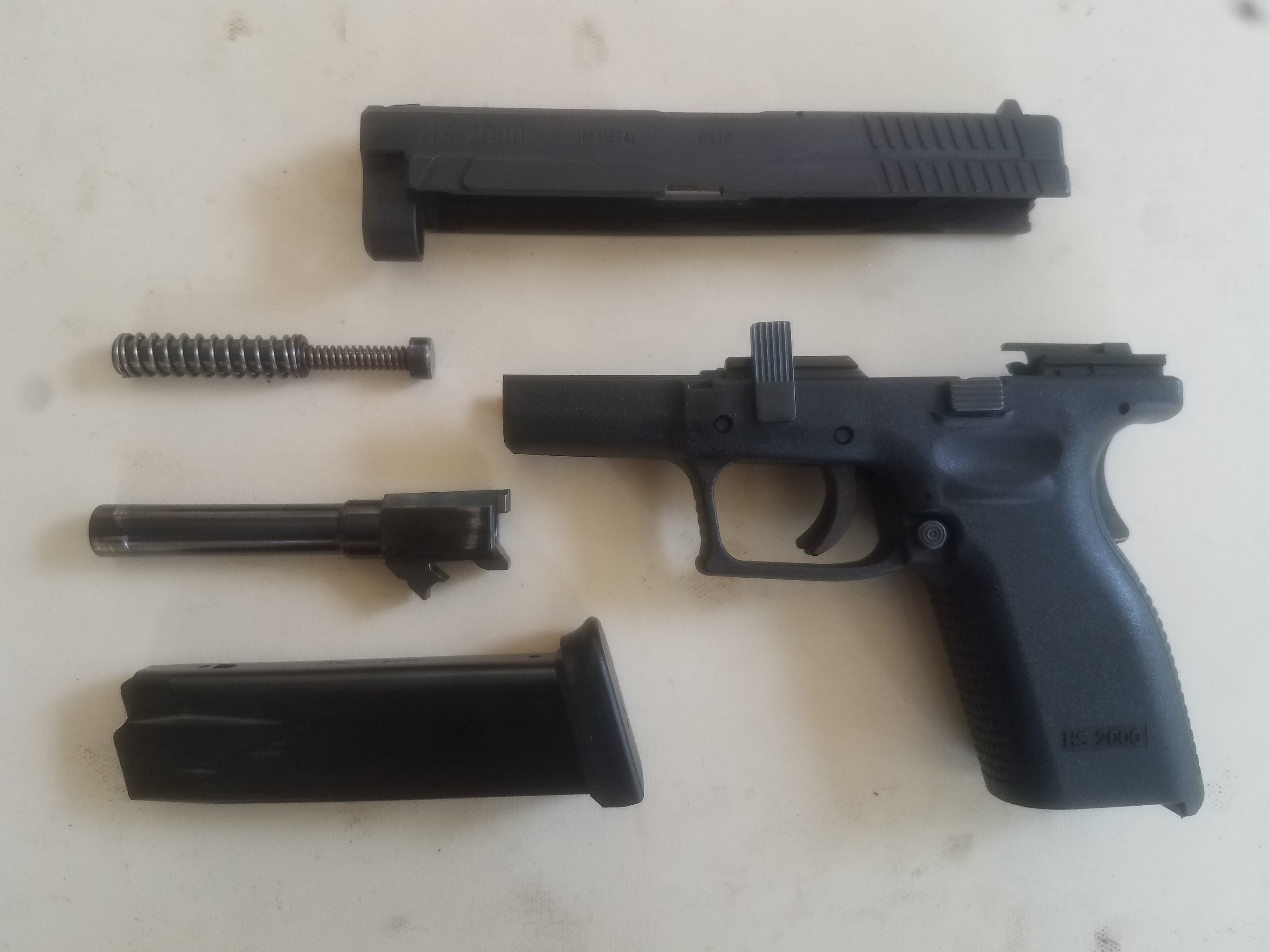 One of the few other difference between a current production XD9 and mine is the barrel hood profile. It is machined differently. 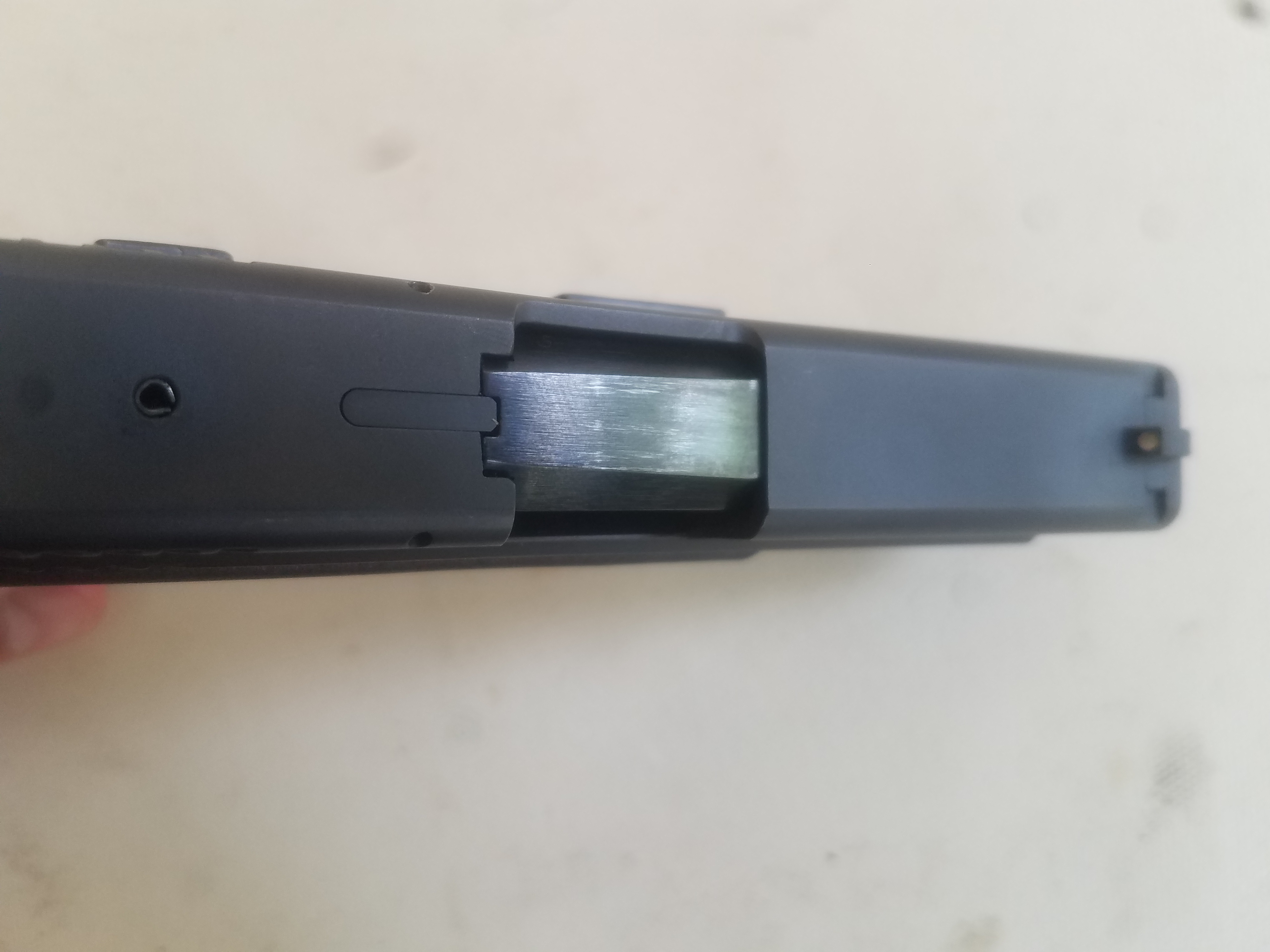 Here's an original ad from I.M. Metal, who later changed their name to HS Produkt. 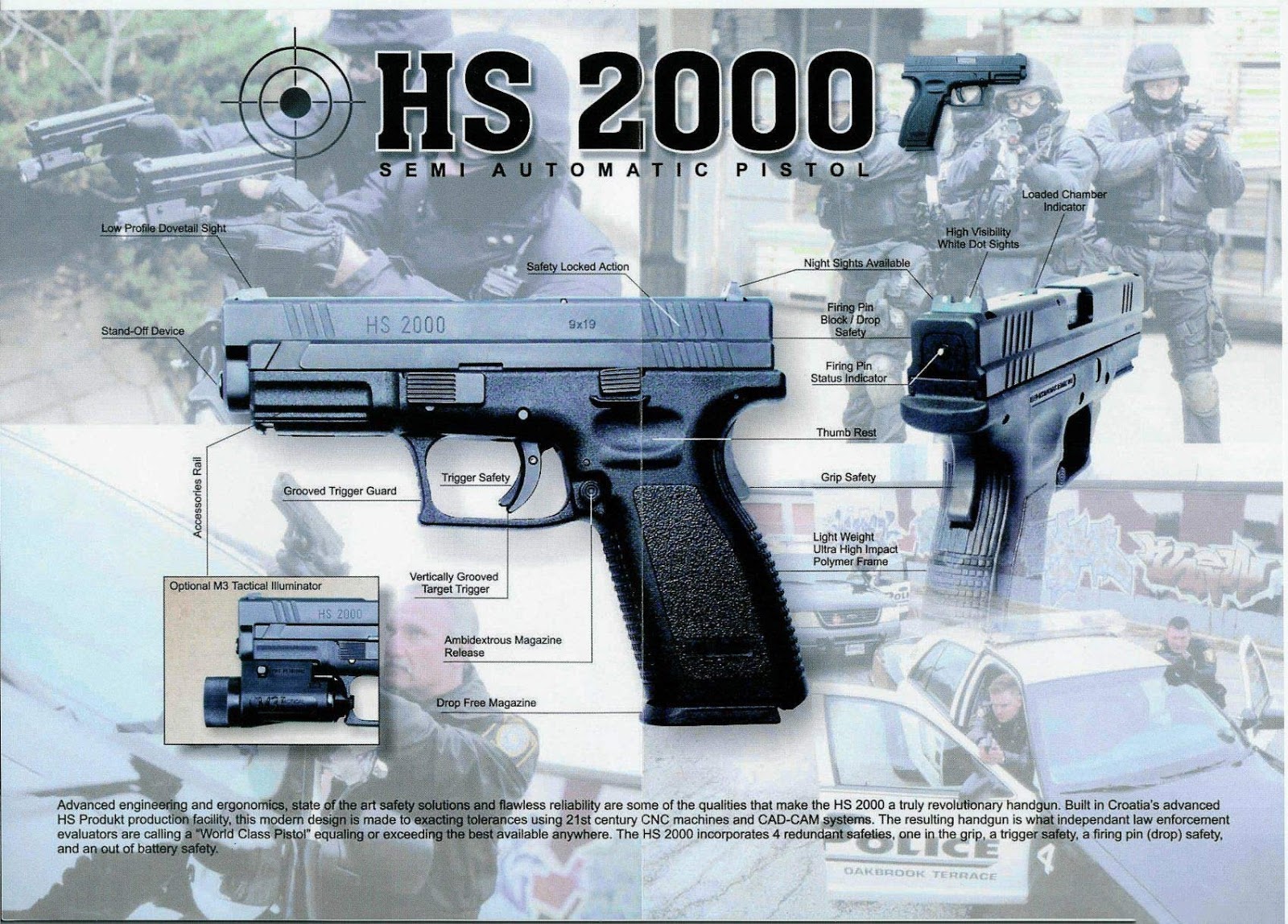 As you can see, the gun is clearly a 3rd Generation and the only difference between it and a Springfield XD9 is the markings at this point.

What made the HS2000 popular in the US was its MSRP of $419 and a street price of $329. Also it had a nice way to get around the Clinton AWB because it could use pre-ban Beretta 92 magazines by simply cutting a new magazine catch slot into the front of the magazine body. Yup, the HS2000 and Beretta 92 Series use the same magazine tube.

Mine has been a good pistol and while it is outdated by today's standards since it isn't a micro compact that can't take lights, lasers, and red-dots. It is still capable of self defense and if you see one for a good price, don't walk by it and forget it. The gun actually is a legit XD, but better. It was from before Springfield Armory slapped their name all over it and added an extra $200 to the price tag.