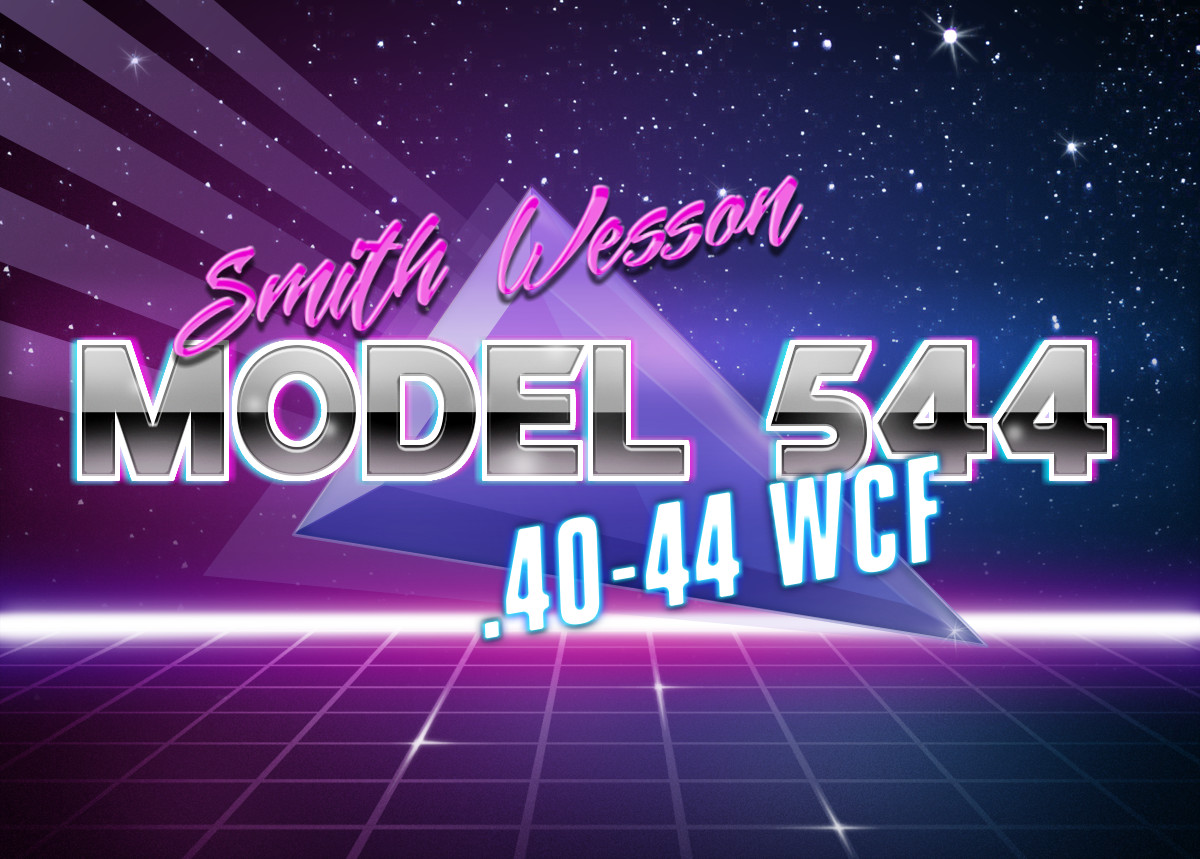 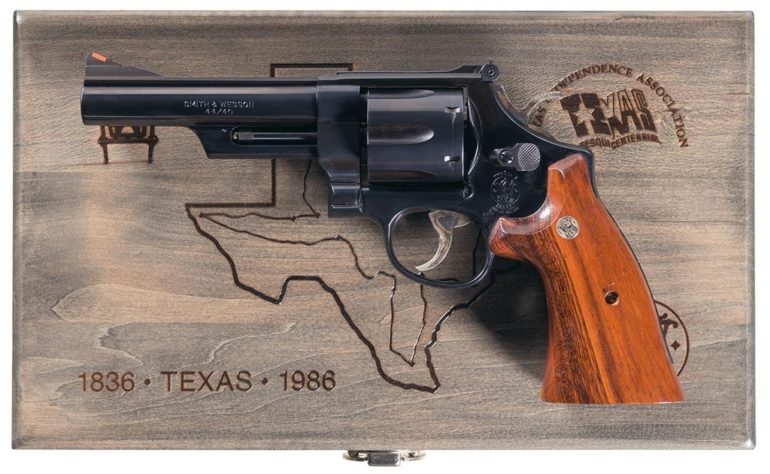 Smith & Wesson is a name long associated with quality wheel guns going all the back to the Wild West, a company long steeped in traditional big bore revolvers and chamberings like the fabled .44-40 WCF (Winchester center fire). 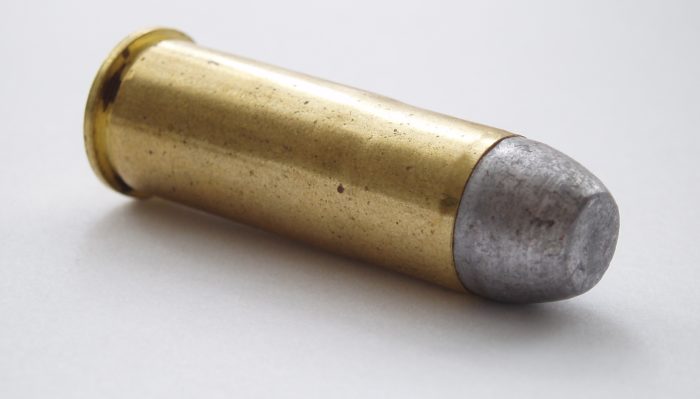 It was introduced in 1873 by the Winchester Arms Company as a chambering for their then new and now fabled Winchester 1873 lever action rifle (the gun that won the west). The .44-40 in its original load was a bottle-necked casing filled with 40 grains of black powder propelling a .427″ 200 grain round nose flat point bullet at approximately 1,245 ft/s.

By 1895, Winchester introduced a new load with 17 grains of DuPont No. 2 smokeless powder replacing the black powder. It chucked a 200 grain bullet at 1,300 ft/s. Remember, these were out of a rifle. In a revolver, the round usually travelled at just under 1,000 ft/s.

The cartridge became so popular that both Colt and S&W chambered their period guns for it since the Winchester 1873 rifle was incredibly popular. At the height of the Wild West in 1877, Smith & Wesson had their New Model 3 chambered in .44-40 and it sold like hot cakes. In 1891, S&W introduced the .44 Double Action First Model and kept right on making them until 1913.

The cartridge was so popular that’s said to have taken the most deer in North American except for the .30-30 Winchester and put more men, both good and bad, into early graves as the west was being won. 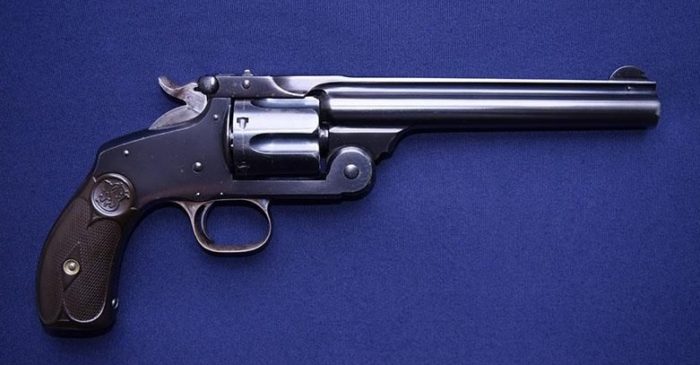 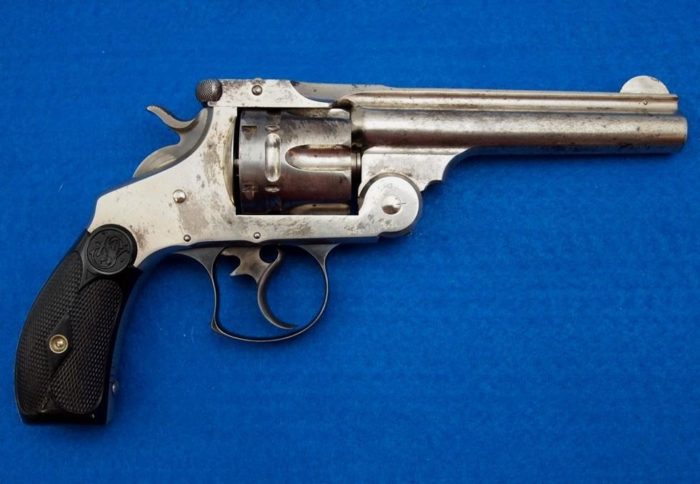 In 1907, a more modern design was introduced. The S&W Triple Lock, officially dubbed the .44 Hand Ejector 1st Model ‘New Century.’ It was chambered in .44-40 as well as the newfangled .44 Special. 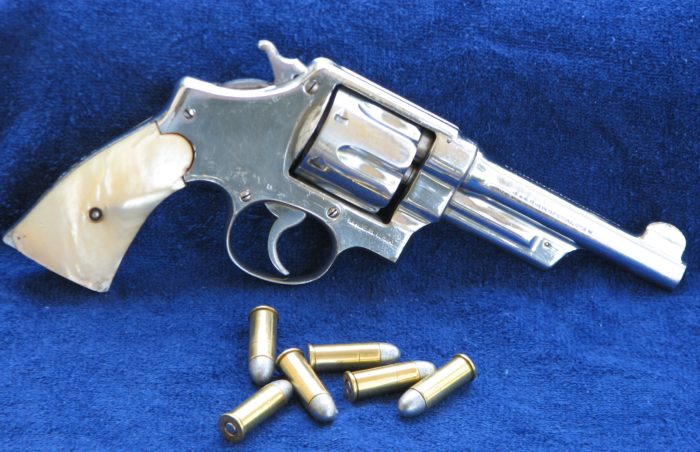 But by the eve of WWII, the .44-40 was eclipsed by other more power cartridges like the .44 Special and production ended in 1940. The cartridge was removed from Smith’s catalog at the end of WWII as a chambering option. By that time Smith was looking at the works of Elmer Keith and his .44 Magnum and the .45 Colt was seeing something of a resurgence due to the rising popularity of Cowboy Westerns on both the big and little screens.

A couple of faithful cowboy reproductions were made in .44-40 by Uberti and Pedersoli, but no modern production guns. That is, until 1986 when the Model 544 was born. 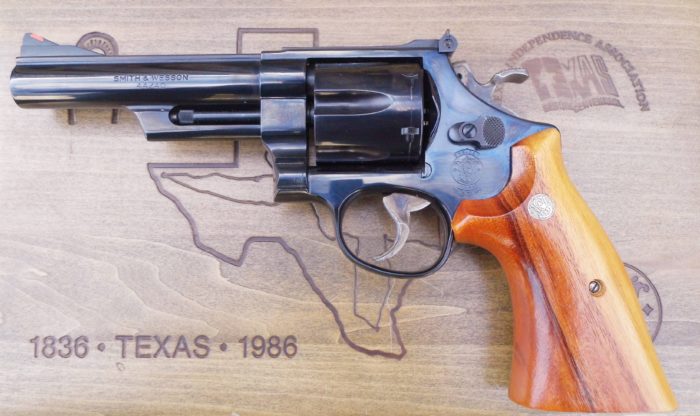 The Model 544 is a modern production 5″ big bore N-Frame, square butted revolver. It was built on the same lineage as Dirty Harry’s .44 Magnum Model 29. The gun was made specifically for Texas’s 150th anniversary. A total of 4,782 were made and they were dubbed the Texas Wagon Train Commemorative, product code 103195.

The side of the barrel is inscribed with “1836 TEXAS 1986” to commemorate the Texas sesquicentennial.

The lock plate has an outline of the state of Texas with a covered wagon and the dates 1836 and 1986 in a circle. 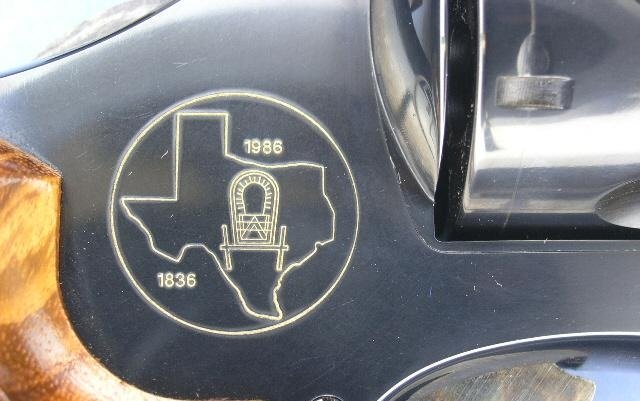 The packaging was also outside the norm. The Model 544 came shipped in a blue velvet-lined wooden box with artwork depicting Texas and the Sesquicentennial Wagon Train route that traversed the state at the time. 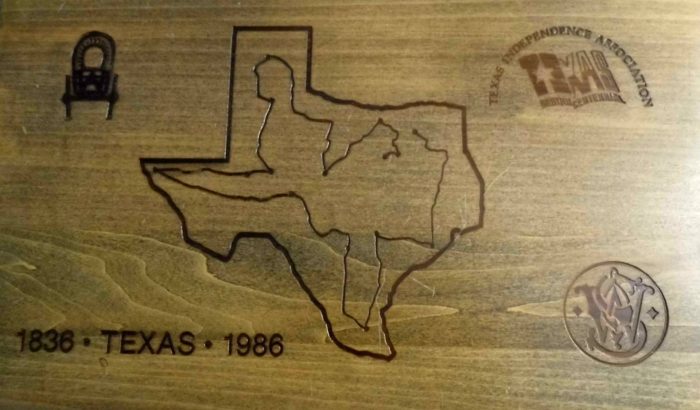 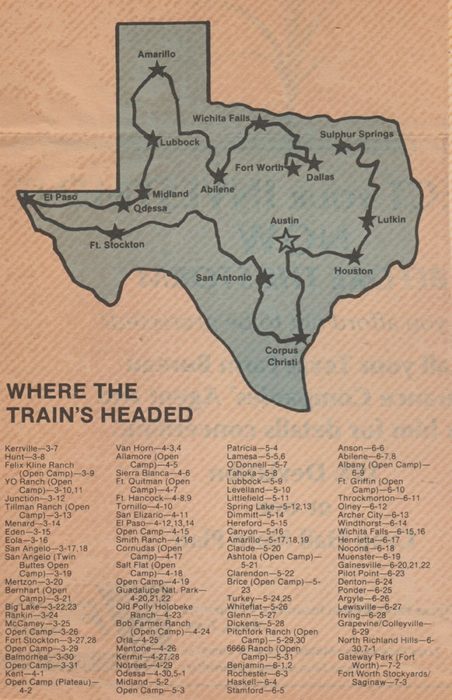 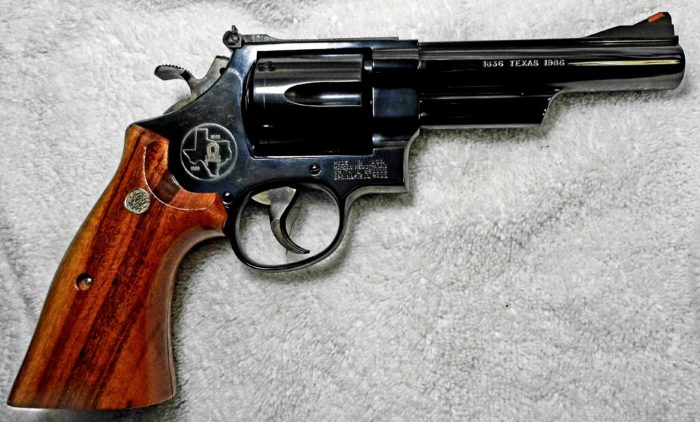 The revolver shoots like a dream. The .44-40 fired from a big, honking N-Frame is a (relative) powder puff in terms of recoil. As a self defense cartridge, the .44-40 would certainly do the job today every bit as well as it did back in the Wild West. I may not have to worry about stage coach robbers or cattle rustlers anymore but I bet a home burglar would think twice after looking down the big, gaping muzzle of the Model 544.

Powder River claims their load has a 200 grain JHP being pushed out of a 6″ barrel at 950 ft/s. That matches original cowboy era loads too. But now instead of a solid lead slug, you get a modern JHP design, so you get expansion, not just penetration. The same principle applies to the .45 ACP and .45 Colt cartridges today when it comes to JHP loads.

What’s also nice is that since it is .44 N-Frame, speed-loaders for the .44 Special and .44 Magnum will work and aftermarket grips fit. The Model 544 is a gem for someone who wants a big bore revolver with a bit of class and that won’t jolt their wrists. 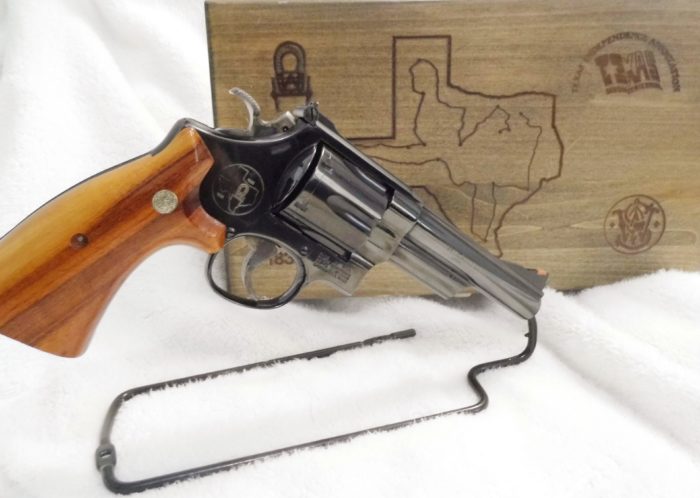 The Model 544 is a rare bird these days and even folks in Texas have a hard time finding them. But this Florida-born Cuban sure is proud to own one and I must say, it’s a damn shame that the .44-40 isn’t loaded in other modern production guns like, say, the Ruger Redhawk.

If you run across one, don’t let it get away. These are fantastic revolvers. Yes, some folks won’t shoot them, preferring to let live in a dark safe. But I’m not one of them. I’ll baby it, but I’ll sure shoot it, too. Maybe Smith & Wesson makes another run of these in their new Classic Series. Here’s hoping.