Ruger, a name that is synonymous with American blue collar worker affordability and reliable quality. Starting off back in the days before color was invented. Ruger as a firearms company made .22LR chambered pistols, rifles, and single action cowboy guns. From there, they expanded into hunting and duty guns. Doing very well with their Security/Speed Six line of revolvers. A number of law enforcement agencies purchased them, including the US Department of Defense as COTS replacements for .38 Special chambered guns needed for MPs, SPs, and the like. They also did very well on the civilian side, being well made but affordable. 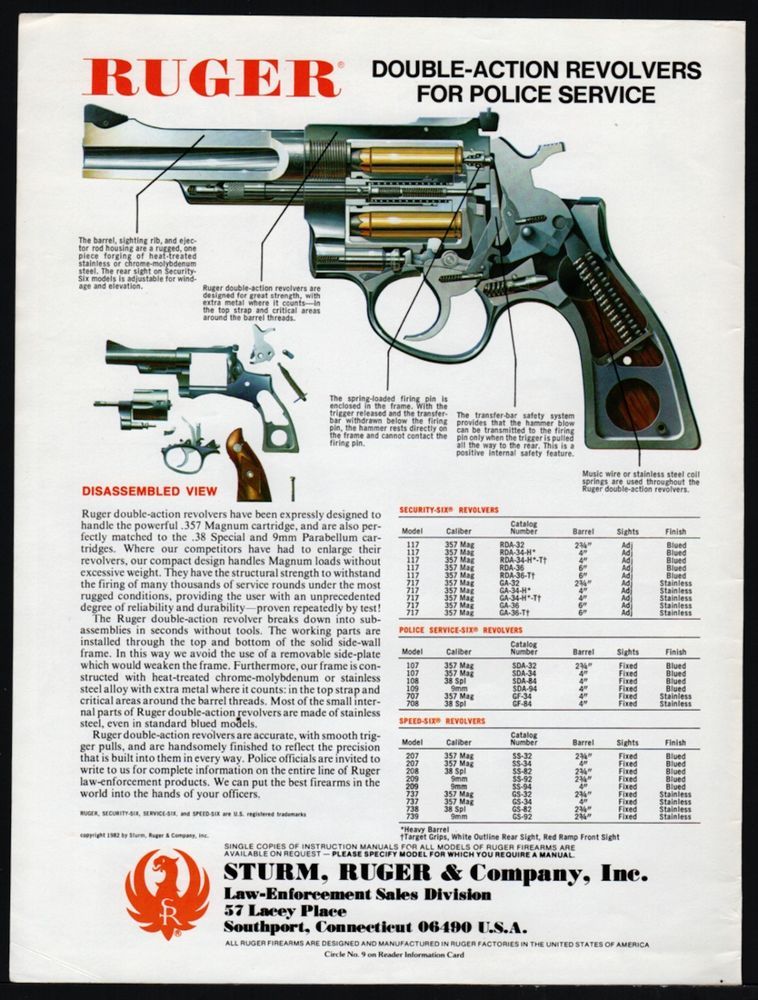 But the writing was on the wall and old Bill Ruger wanted part of what was coming. The US Military was looking at replacing the aging slab side .45 with a sleek new double stack wunderwaffe chambered in that foreign eurocentric 9x19mm. So the Ruger P85 was developed... 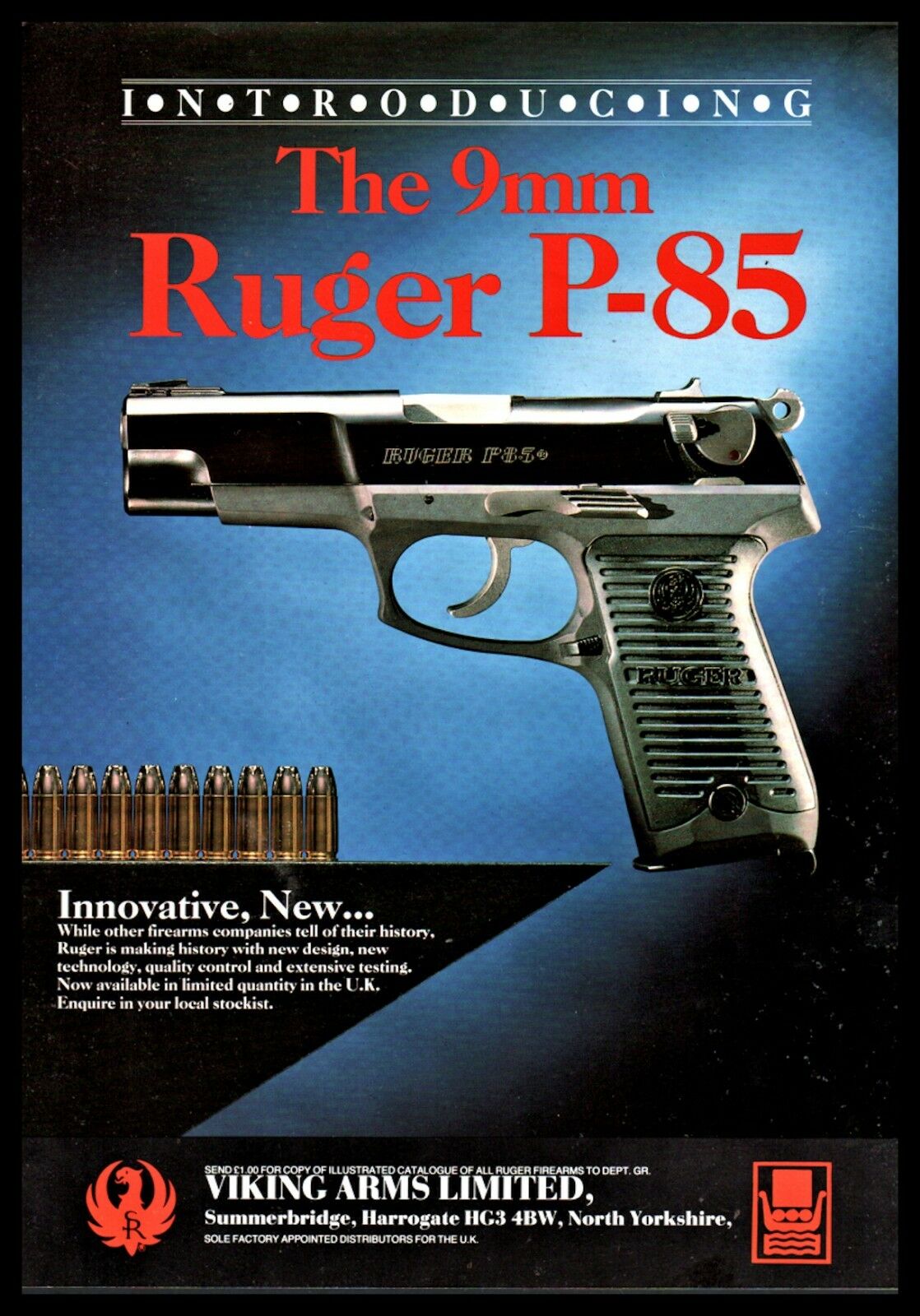 And it was eventually submitted into the US Army's XM10 Trials. 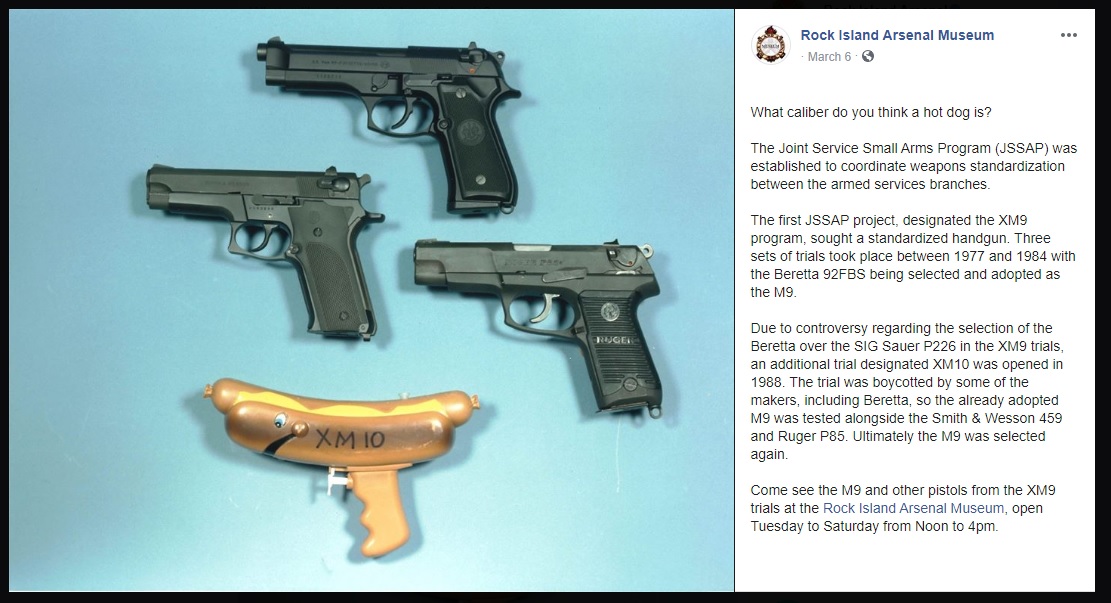 Yes, that is a hotdog squirt gun and no, it isn't fake. That picture is from the U.S. Army’s Rock Island Arsenal Museum Archives of the actual XM10 trials. The squirt gun was put in the photo as a joke since everyone knew what the outcome would be.
Anyways, the Ruger P85 was submitted and it didn't win. But that didn't stop Ruger from proceeding with releasing the gun into the market. They got some nibbles with it. The Wisconsin State Patrol adopted the updated model, the P89 and some other smaller agencies or private purchased by officers. But for the most part, the P-Series always struggled to catch the eye of law enforcement agencies.
The P-Series guns are reliable but very rough. The ergonomics were full of sharp edges, the triggers weren't anything special to write about, and they did weigh. Their biggest selling point was price. You got a lot of gun for the price. But S&W, Beretts, Sig, and Glock beat them. Glock for their hyper aggressive marketing and practicality giving their guns away. Sig for their very good PR image as European quality. S&W because of their heavily entrenched sales due to their control during the revolver era. Also don't forget about Beretta. They were extremely popular due to being the US Military's official sidearm.

But that was the 9mm guns. This article is all about the .45 ACP guns right? Yup, sure is. So Let me delve into them. Ruger was originally developing a 10mm Auto version of the P89 since the 10mm Auto was the new hotness and the FBI just recently adopted the cartridge in S&W's Model 1076. But that market crashed and burned with the FBI starting to have issues with the gun and more importantly, the lack of overall sales that Big Blue's 10mm Auto failed to garner with agencies across the US. So Ruger redesigned their 10mm project by re-chambering it in .45 Auto and releasing the Model P90 in 1991. 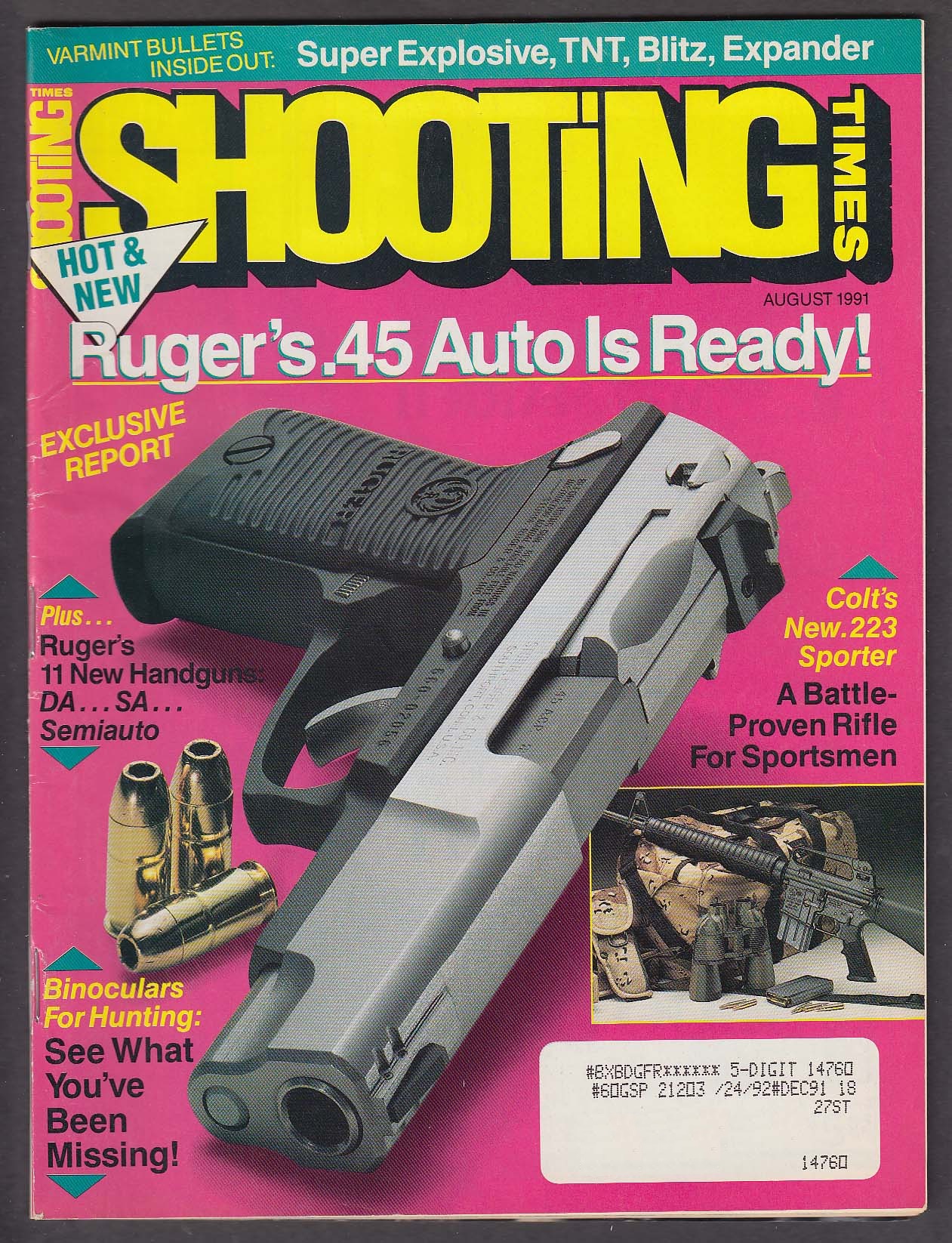 It is a bruiser of a gun. Weighing in at 34oz and coming from the factory with two 7rd magazines. The gun was doomed for failure. Why? Because in that same year, GLOCK released the G21 and that was a much lighter gun and had twice the capacity. But I'm going off on a tangent here.
Okay, back on track. The P90 while outclassed by GLOCK, was a good gun. It was affordable, reliable, and capable. 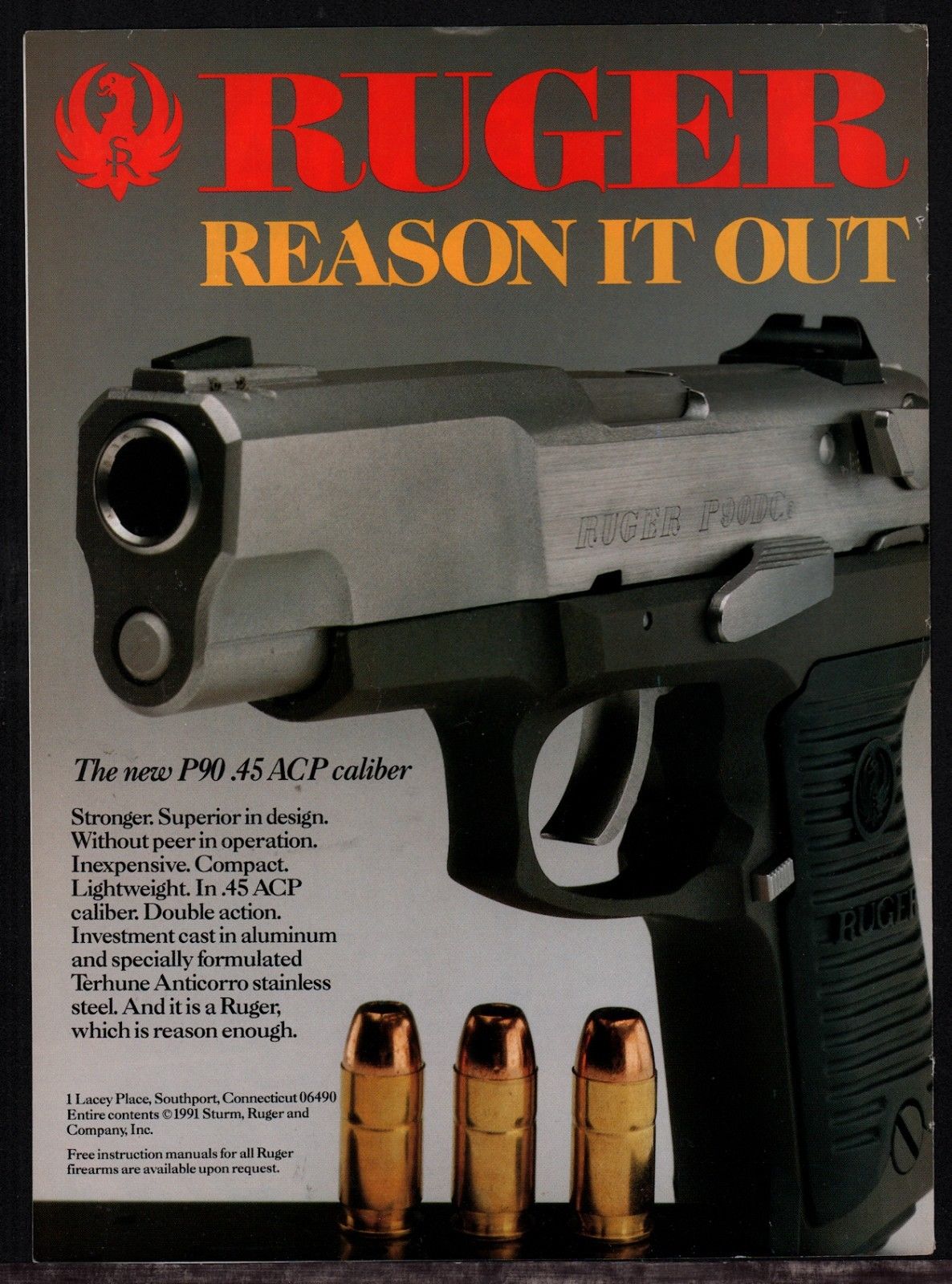 The gun held itself against its period rivals like the Colt Series 90 Double Eagle, the Sig P220, and the S&W Model 4506. All of them were single stack, 8rd, DA/SA, metal framed guns and the Ruger P90 beat them all in price.
Massad Ayoob, famed firearms instructor and author of such works like In the Gravest Extreme: The Role of the Firearm in Personal Protection was also a cop with a little place in Grantham, NH. 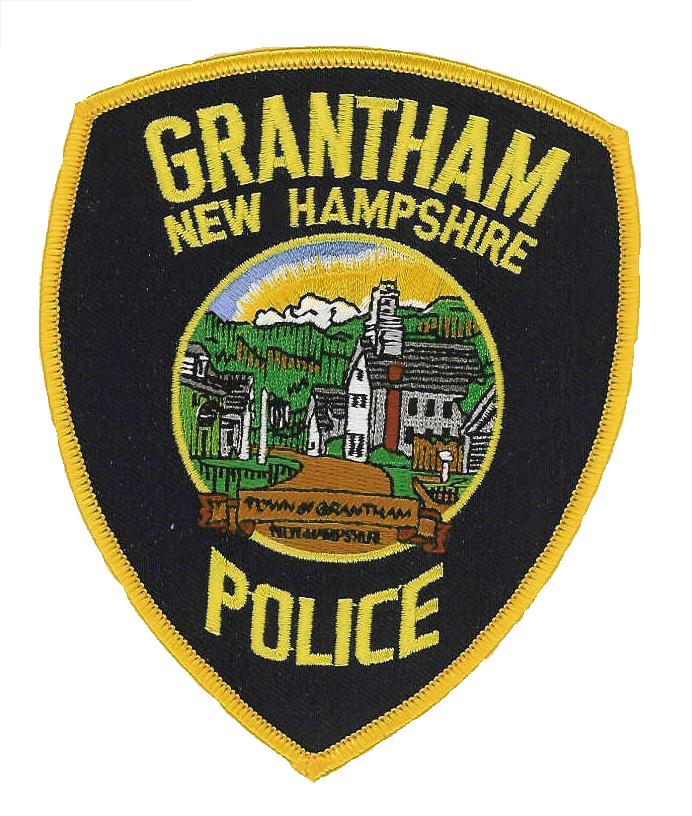 Grantham, NH is just up the road from Ruger's Newport, New Hampshire production facility and Ruger was known to give area police departments free guns. The Grantham PD, being spend thrift and budget conscious accepted the offer of free Model P90 pistols and put them to use. Mr. Ayoob being one of them. 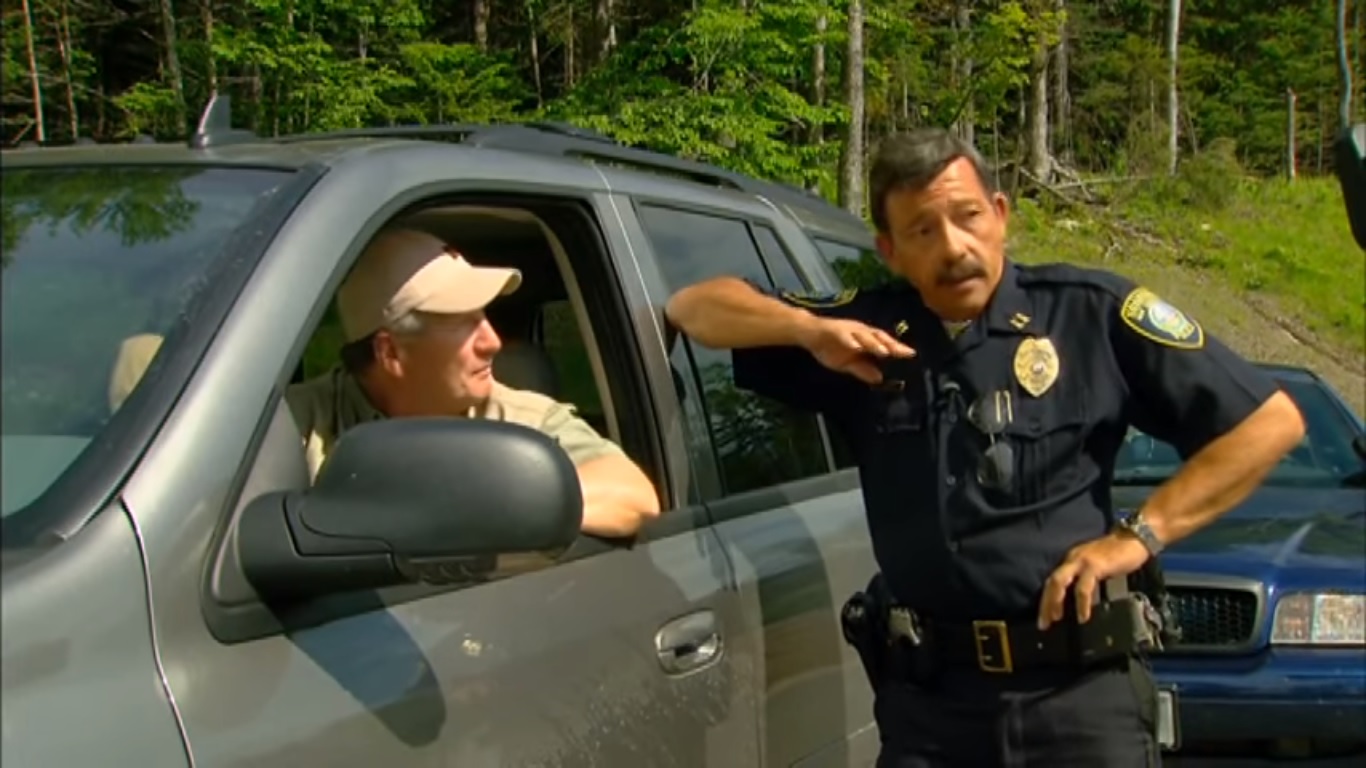 Here you see Massad Ayoob conducting informational video for what to do as a gun owner during a traffic stop. On his hip is a Ruger P-Series .45 Auto. You can see the classic stainless single stack mags and the stainless slide.
So the gun had some small success as you can see. But it still wasn't doing that great. What really extended the life of the gun was the 1994 Clinton Assault Weapons Ban. Suddenly, everything that could hold more than 10rds was verboten. So those fancy wonder-nines and their 15rd-17rd capacities were neutered. Guns like the Ruger P90 became popular. If you were limited to 10rds or less. Then a big bruiser of a .45 Auto made more sense.
In 1997, Ruger again released another .45 Auto, this time it was with a polymer frame and a more contoured finish. Gone are the rough and sharp edges of the P90. 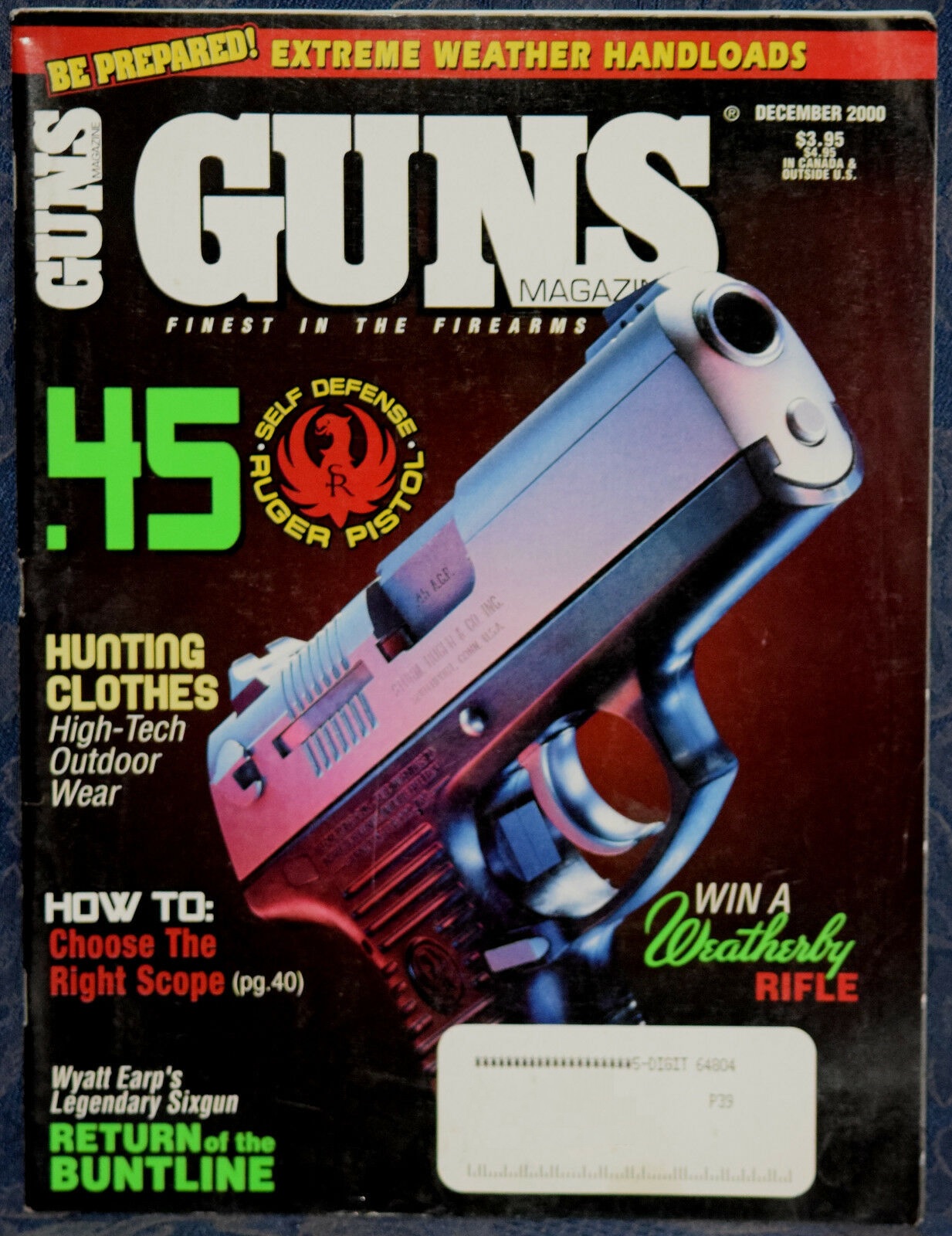 The P97 was lighter, cheaper to make, and shipped from the factory with 8rd mags now instead of the older 7rd mags. Best of all, the newer mags could be used in the older P90. And like with the P90, Ruger offered the P97 to the Grantham PD for free. Massad Ayoob carried it too and wrote about how he liked the gun.
Massad Ayoob always preached that he felt confident with the P90 and P97. The guns worked, they were affordable, and they did the same job as the other higher priced guns on the market. And so, he basically endorsed the guns by buying his own and competing with them. And Ruger loved that.
But storm clouds were on the horizon. The 2000s were coming and the P97, while relatively new. Was still outdated. There were flaws with the gun. The grip was slipperly, there was no way to add a light, and the gun was clunky as a off duty and CCW piece. So Ruger went back to the drawing board and the end result was the P345. Basically a slicked up and modernized version of the P97 and released it in 2004. 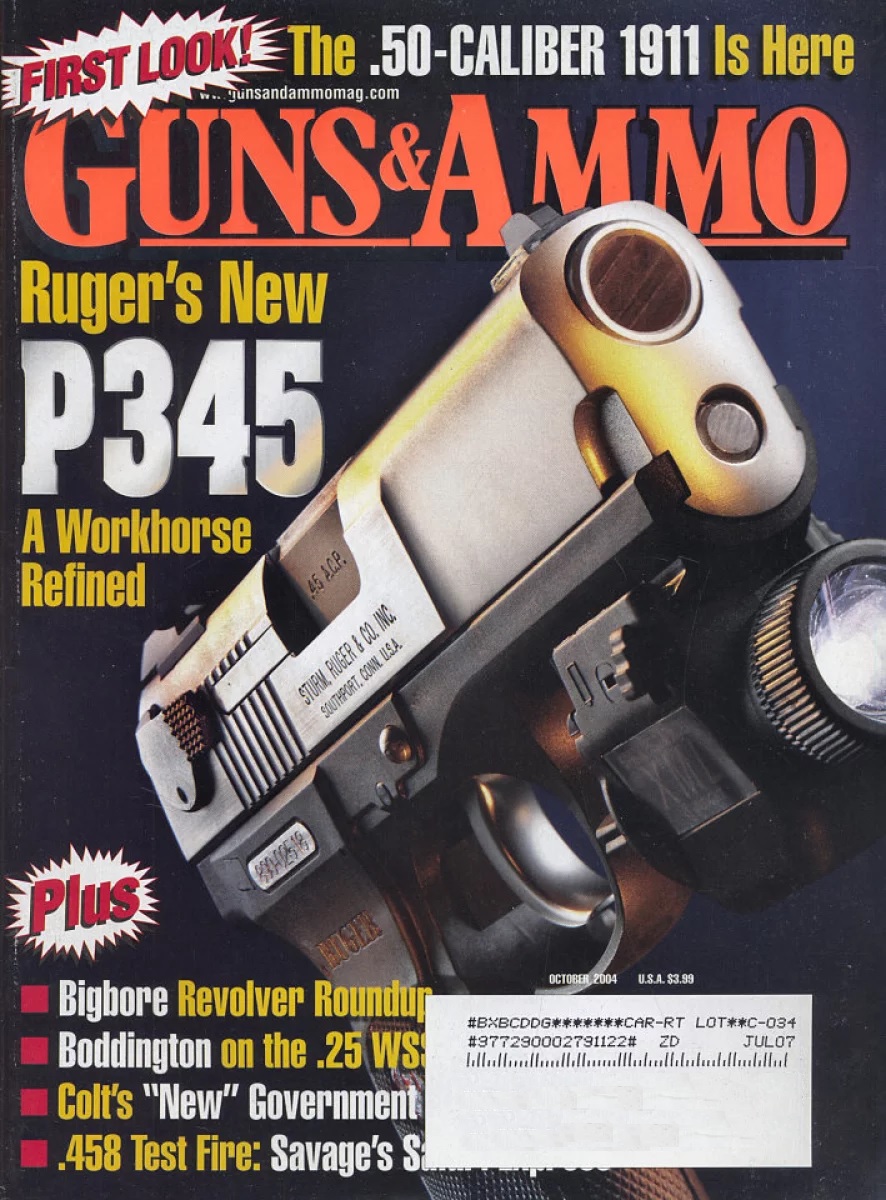 The P345 was everything that the market wanted. slim countered polymer with a nice textured grip, a rounded and melted slide with no sharp edges. Gone is the giant bat wings of a safety/decocker and the gun was still affordable and chambered in .45 Auto and even used the same magazines.
Massad Ayoob loved it. 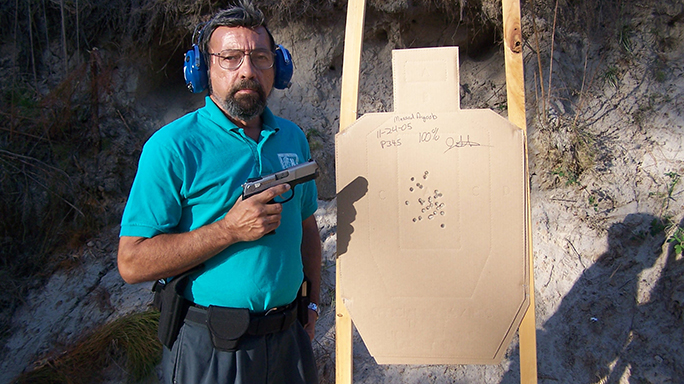 Like with the two previous models, Ruger gave free P345s to the Grantham PD. The gun did exceptionally well in Massad Ayoob's hands. The Ruger P345 was a sleeper hit. I recall being in the Miami, FL gun show at the fairgrounds and the guns flying off dealer tables. It was doing so well that Ruger had the P345 outright replace the P97 and Massad Ayoob was doing a number of articles about the gun.
But then suddenly, the popularity of the gun fell like Wile E. Coyote off a cliff.
What happened? The Clinton AWB expired in September of 2004 and suddenly, the idea of having a 8rd single stack .45 Auto didn't seem as enticing since you could now get a GLOCK 17 and 17rd magazines weren't $100 per mag anymore. So with that, the P90 and P345 continued to limp along. Both ending production before 2010 when Ruger outright canceled the P-Series.
But it was because of Massad Ayoob's writings that I always wanted a P90 and much later a P345. And today, luckily, I have both. 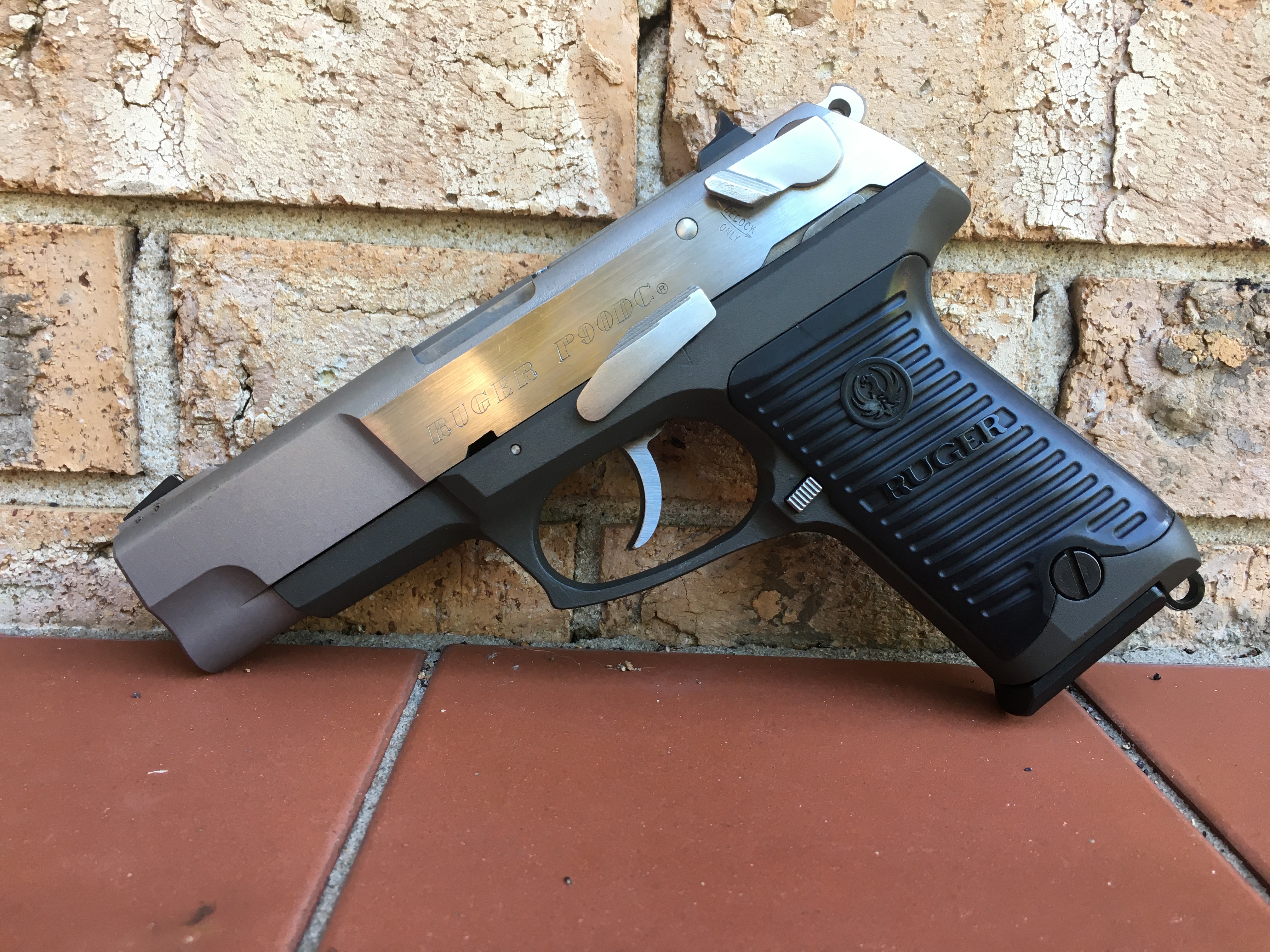 Sure, they aren't my main go to guns. But they are damn nice for the price I paid and they remind of a different era in handgun development and the of the times that articles were printed on paper and I had to wait a months on end to get them in the mail.
So thanks Mr. Ayoob for getting me to like the much maligned P90 and P345. While they never were first place. They sure weren't last place. So stayed tuned. A nice detailed look at the P90 and P345 will be coming soon.