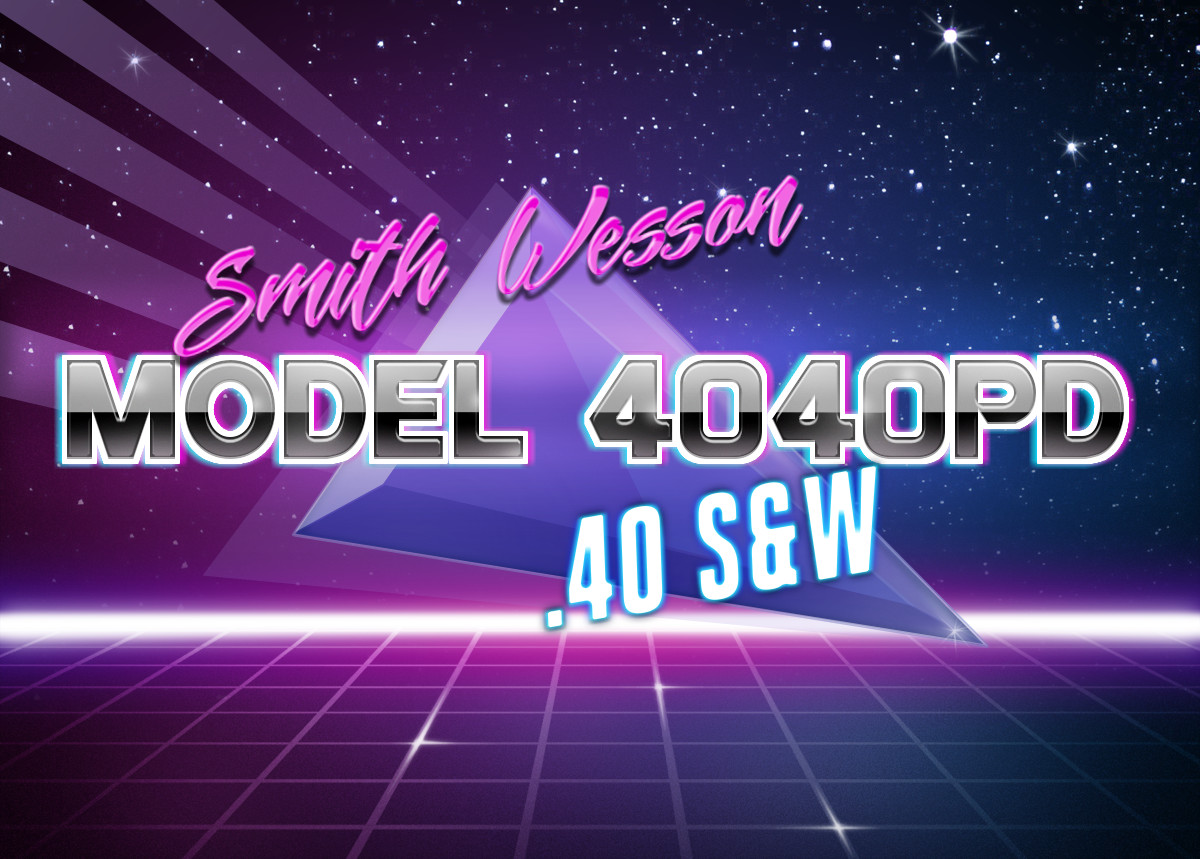 Smith & Wesson is no slouch and as you can tell, I'm kinda a fan of theirs. They developed the .40 S&W and it happens to be one of my favorite cartridges and they chambered in in their 3rd Generation Automatics. One of those is the Model 4040PD. My favorite little off duty carry gun. 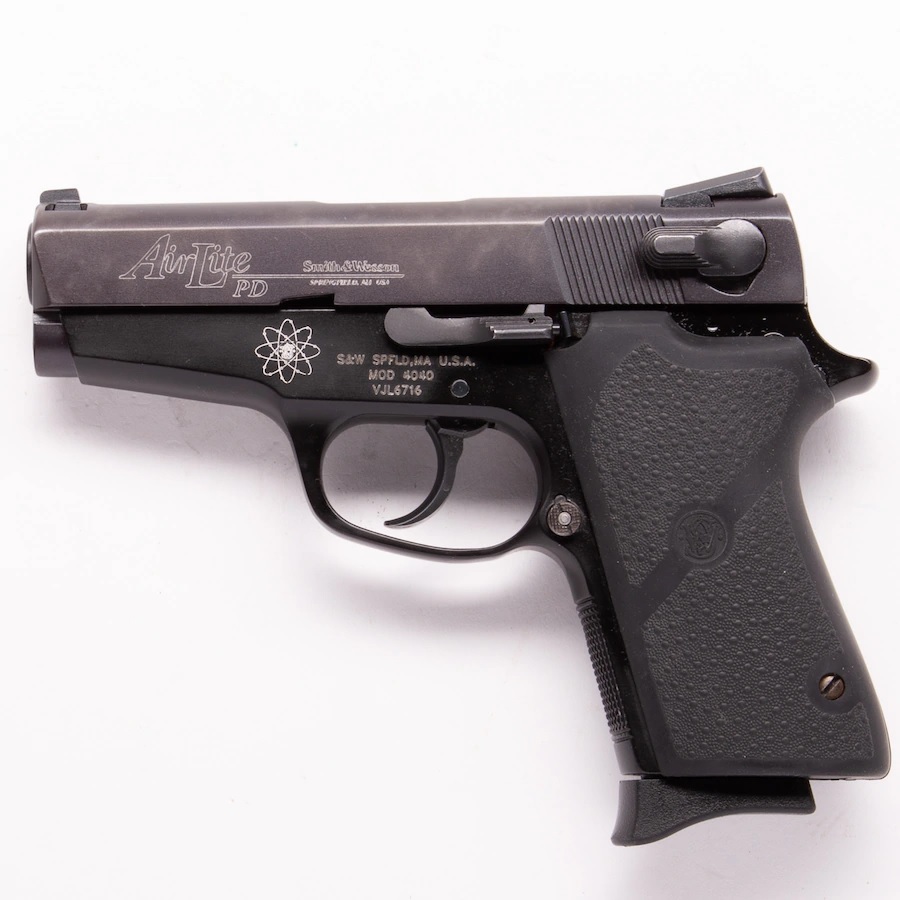 The Model 4040PD was introduced at the 2003 SHOT Show by Big Blue. The goal was to use scandium/titanium to provide the lightest possible metal framed pistol.

Remember folks, this was still when the Clinton AWB was in place and Concealed Carry was still new in a number of jurisdictions.

The gun is a bit different than the usual 3rd Generation guns, being entirely matte black with white lettering. It weighs in at 24oz, has a 3.5" barrel, a Hogue rubber grip, and topped off with a set of Novak combat sights.

The Model 4040PD is a of course your traditional Double/Single Action automatic with a righty only friendly slide mounted safety/decocker. 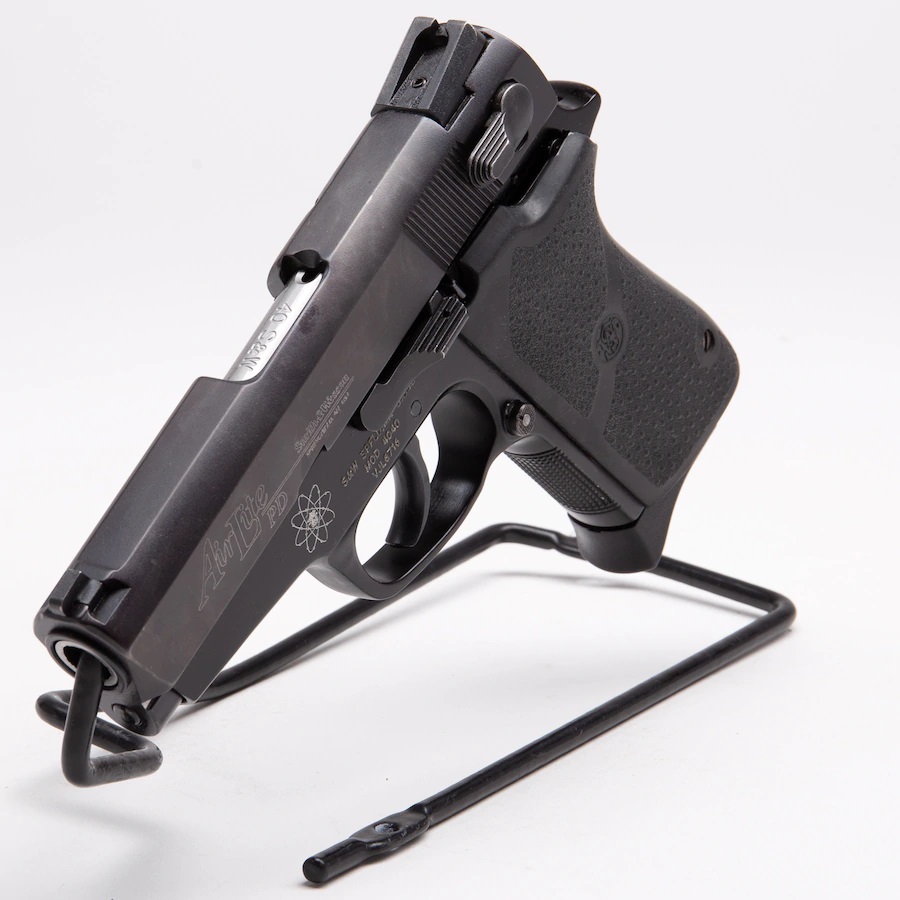 You can swap the safety for an ambidextrous one, but I as a righty. I like how it is set up. 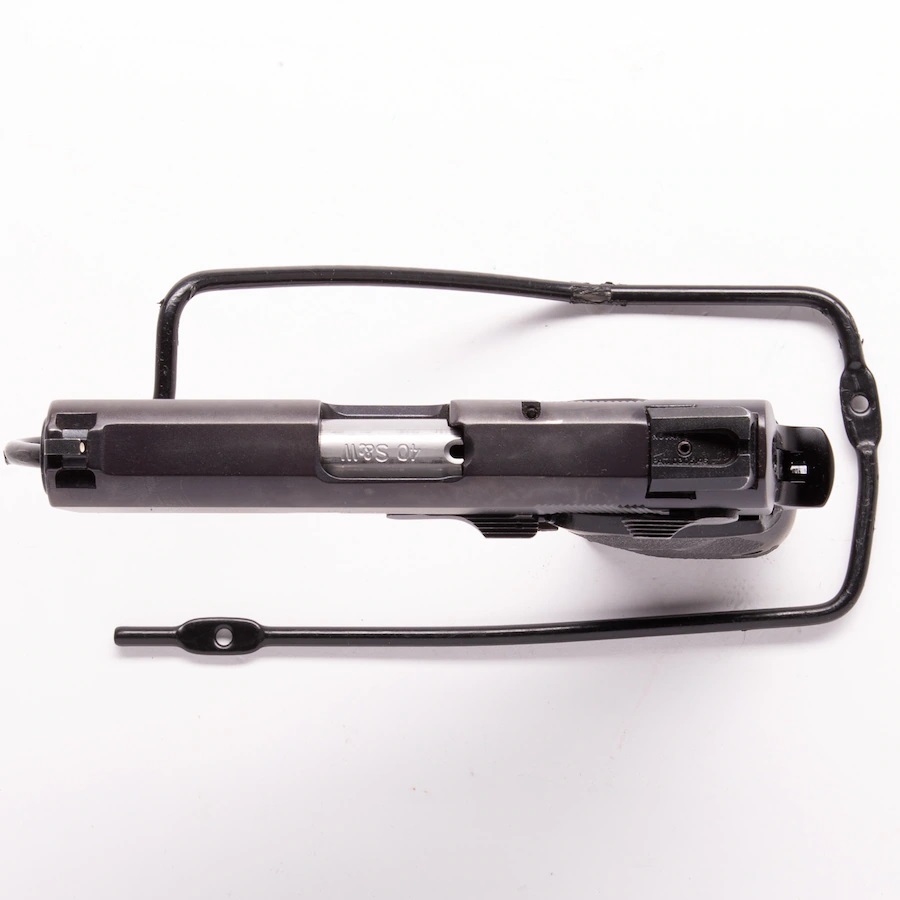 The gun also has a loaded chambered window that lets you peek into the gun without having to draw the slide back. Also, the hammer is bobbed so while it is a DA/SA, you can't cock it. 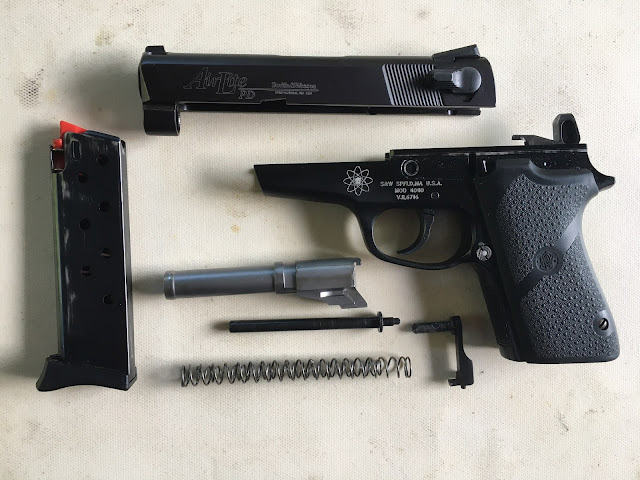 Taking the gun apart for cleaning is about what you'd expect for a S&W 3rd Generation pistol. Unload and remove the magazine, pull the slide back until the slide stop lever can be pushed out, take the slide off, remove the recoil spring and guide rod, and take the barrel out. 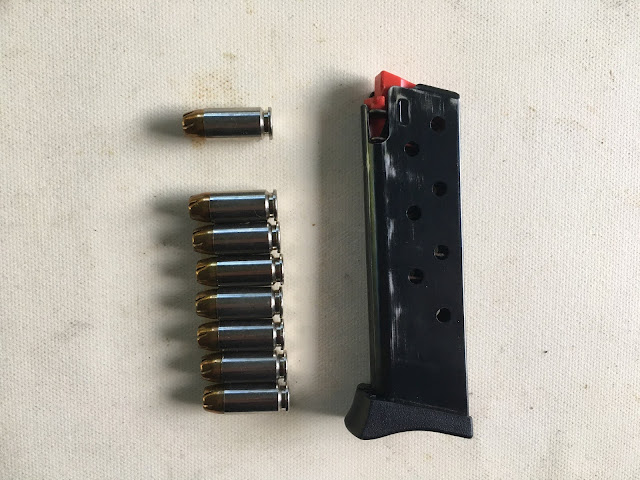 The gun is a 7+1 capacity and the magazines right now are a bit hard to find since S&W has made the gun in over ten years. But I have a good little stash of 'em. 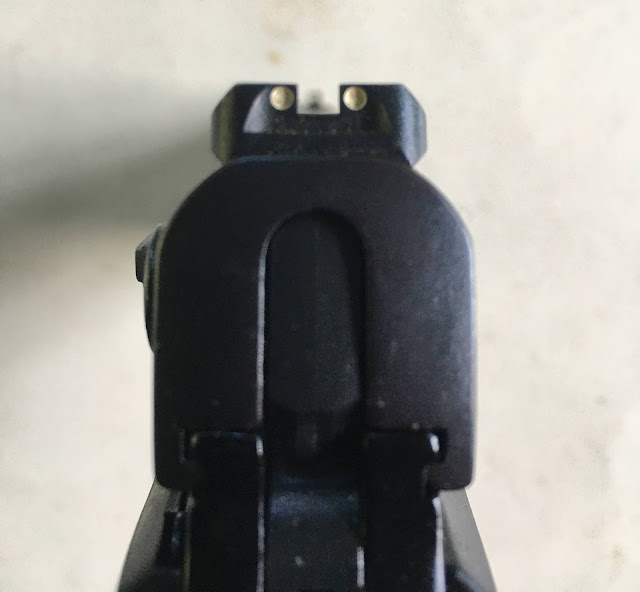 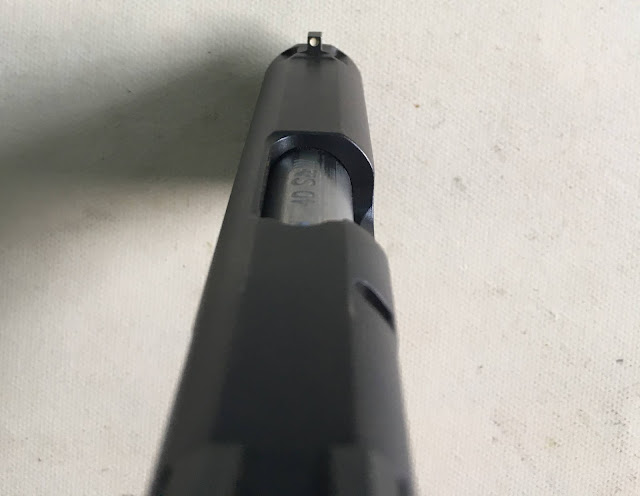 The Novak sights are mighty fine for a small barreled carry piece and I have no problem with them. 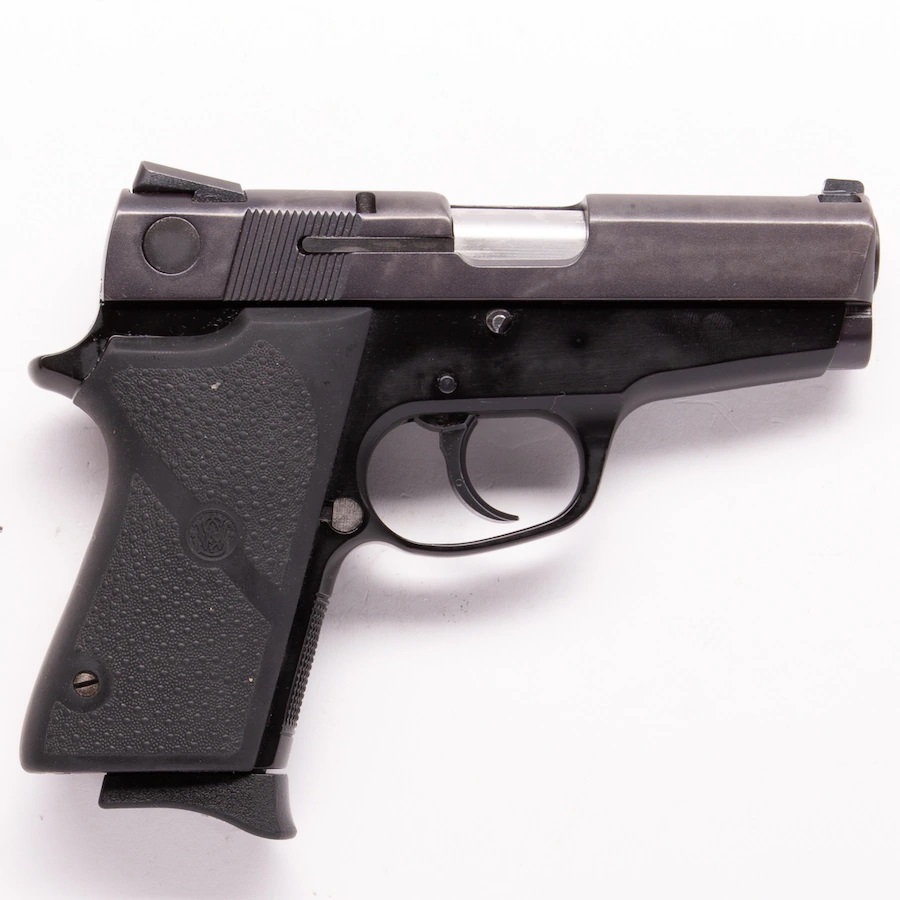 The DA trigger pull is about 12lbs and the SA pull is right around 7lbs. You'd think that'd be heavy, but for a conceal carry piece. It actually is quite fine and I have no problem being proficient with it. 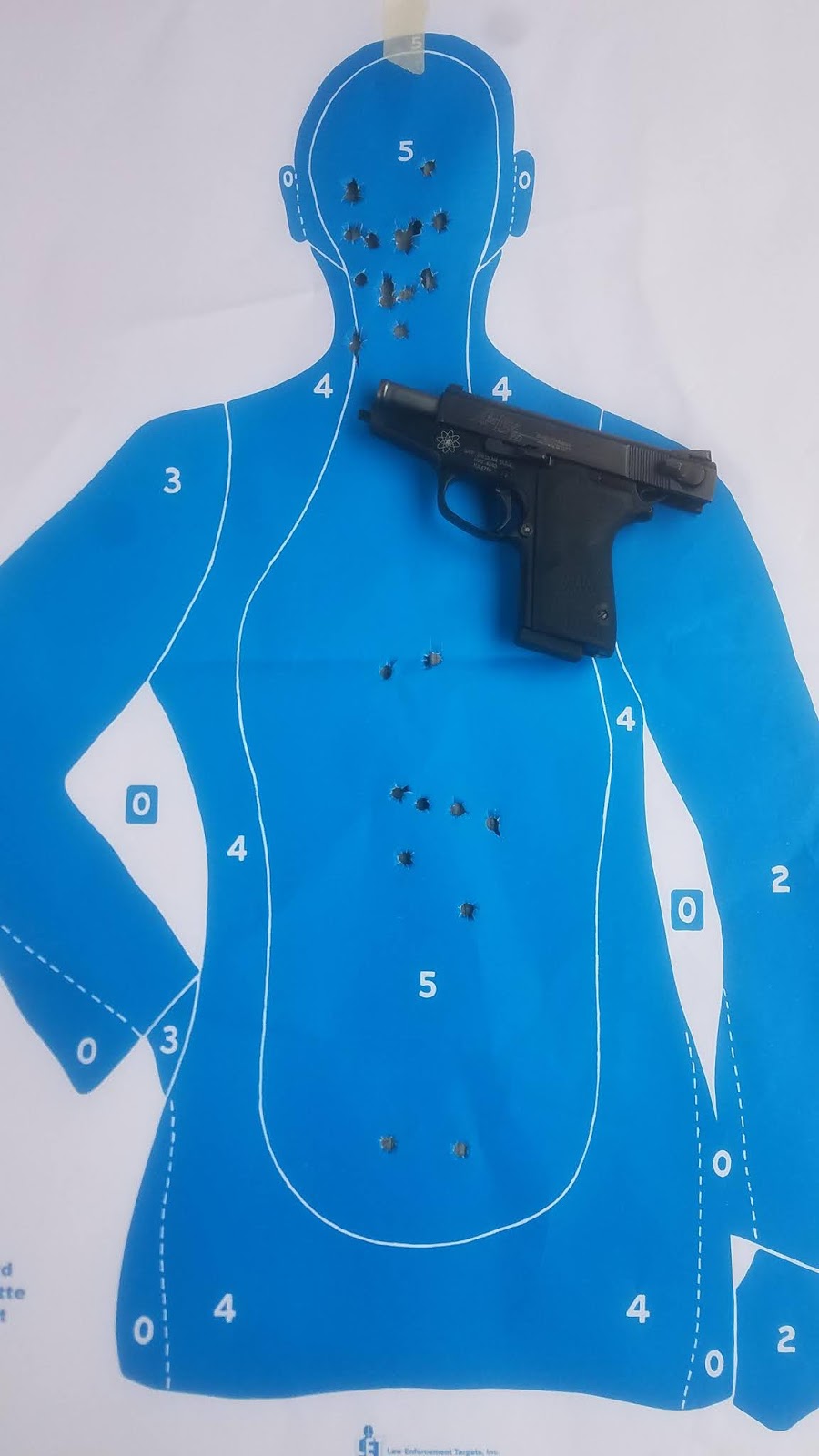 Muzzle flip was almost nonexistent. For being a 24oz .40 S&W chambered handgun, it is a hoot to shoot and a dream of a little carry piece. It really is a "pocket magnum". Seriously, this gun has little to no recoil and is controllable. When I hand this gun to younger Millennials and Generation Z kids that grew up on the mantra that .40 S&W will shatter your wrists. They're pleasantly surprised at how soft shooting the gun is. The double springs being used for the recoil spring assembly really help mitigate the recoil as does the Hogue grips. 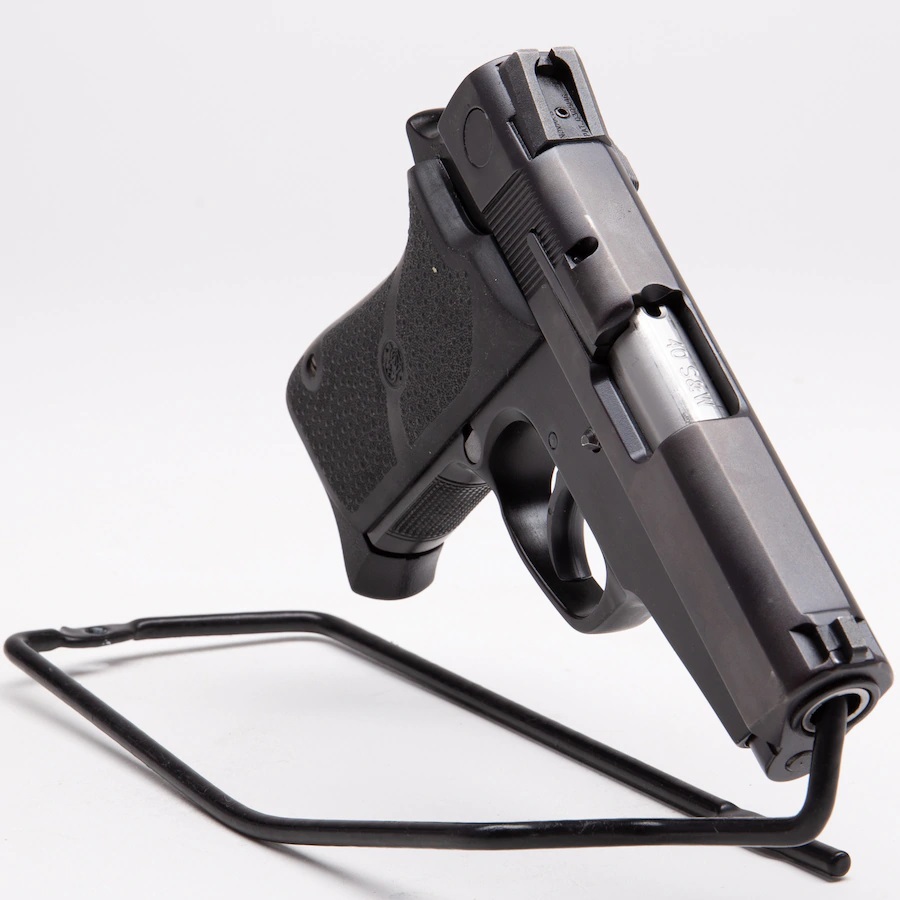 It really is a damn good gun and I sure enjoy it. It rivals the quality you'd fined in a frame made in Germany Sig. 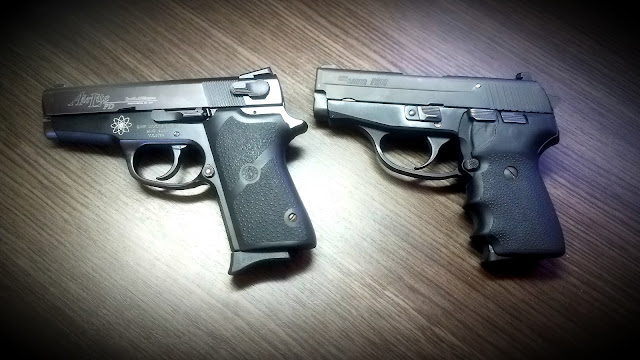