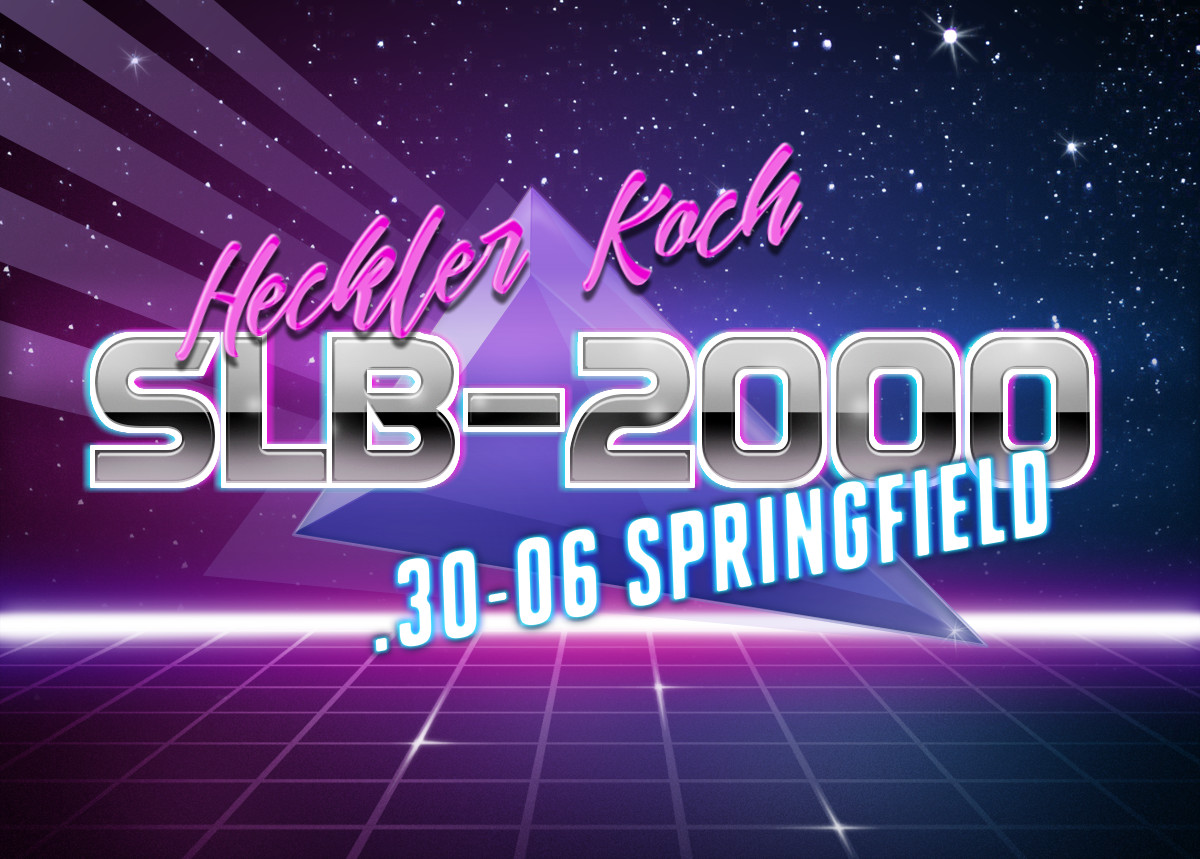 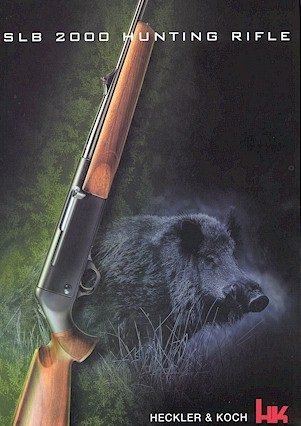 At the start of the 21st Century, Heckler & Koch introduced a new commercial hunting and target rifle to the shooting world. The Selbstladebüchse 2000; otherwise known and marketed as the SLB 2000 …

H&K designed the rifle from the ground up to be a modular platform; users could swap barrels, accessories, and chamberings without a need to re-sight at the range. All that was needed was one screw to disassemble the entire rifle! The HK05 Scope mount from the SL6 and SL7 series was supposed to work on the rifle. 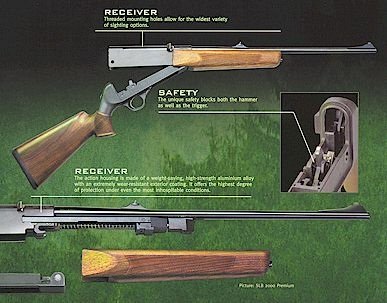 The SLB 2000 was aimed at for the new 21st Century shooter; a great rifle for a replacement for what you couldn’t have during the Clinton Assault Weapons Ban and for the folks that lived across the pond in Europe. 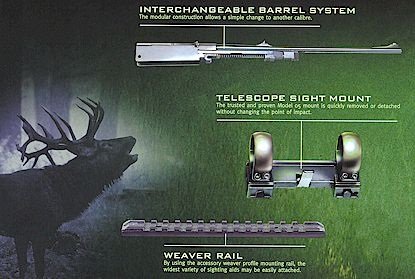 First introduced to the North American Market in the Fall of 2000; HK stated through marketing materials that the rifle would be able to be chambered in the following with just a barrel change:

The SLB 2000 came from the factory with a two-round flush fit detachable box magazine . The company sold additional five and ten-round magazines as accessories through gun shops and parts vendors.

The rifle was released in .30-06 Springfield for the US as a factory option. Additional magazines were released for a very short period. 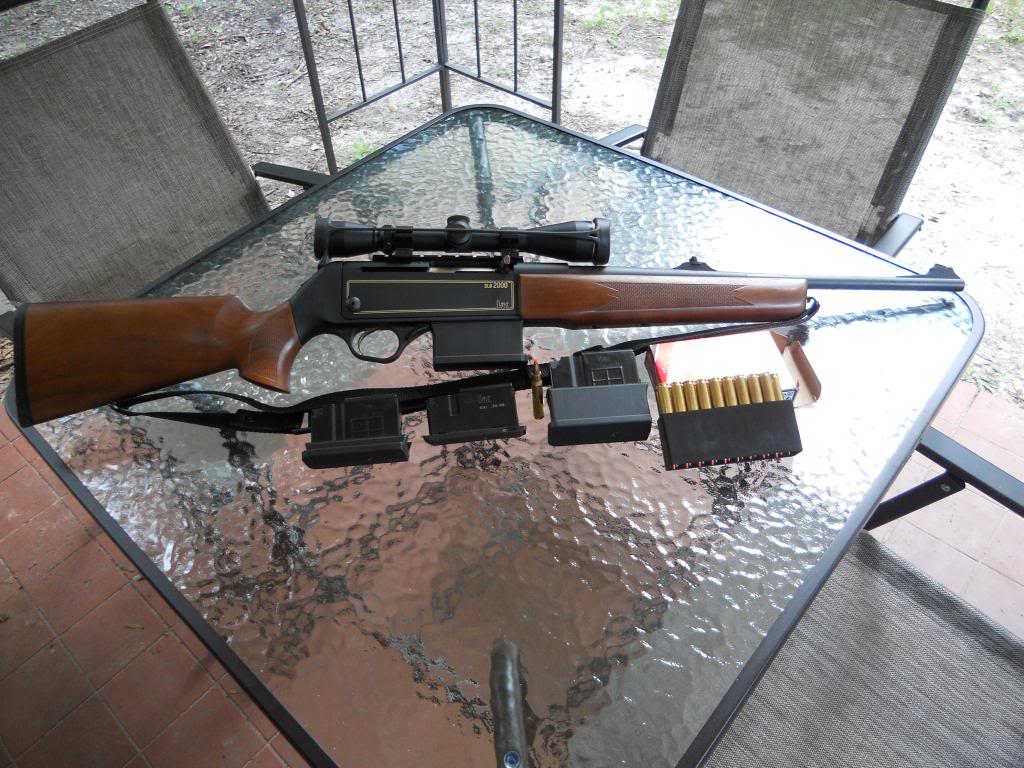 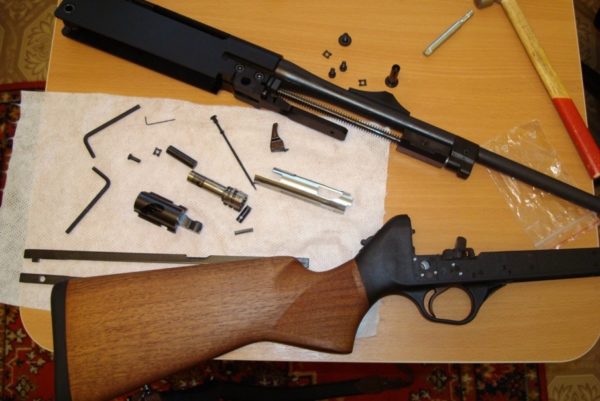 The H&K SLB 2000 is a gas piston operated rifle with a polymer lower receiver housing. The upper receiver group is steel that has been CNC machined.

The magazine release is paddle inspired by what you’d find on a H&K USP pistol and the mags have that classic H&K G3 rock in place feel to it. The bolt carrier group is a fairly simple set up: rotating bolt head with interrupter threads to act as the locking lugs. It is reciprocating in design. 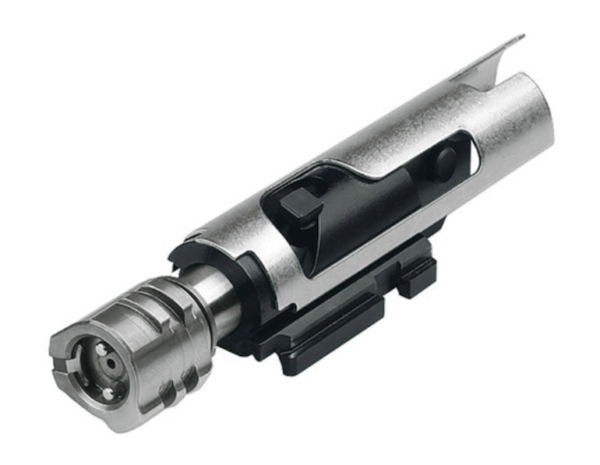 The safety is mounted on the back tang of the lower receiver group. It’s activated with simple up or down switch.

The SLB 2000 came from the factory with a robust set of iron sights. The length of pull and ability to shoulder is more than merely adequate. It isn’t a traditional long pull of a design like you find in your traditional American hunting rifles. It’s much easier to bring the gun to your shoulder for fast snap shooting at fleeing game –almost as if HK took design cues from their military products.

The rifle was a commercial flop for a number of reasons, price being the most obvious reason. H&K priced the SLB 2000 out of the market for the average gun buyer.

During the Clintonian “assault weapon” ban, buyers who wanted semi-auto rifles bought SKS Carbines, AKs, ARs, Mini-14s, FALs, and CETMEs. During the early 2000s everything listed (but the AR-15) was affordable. Like under $400 affordable. 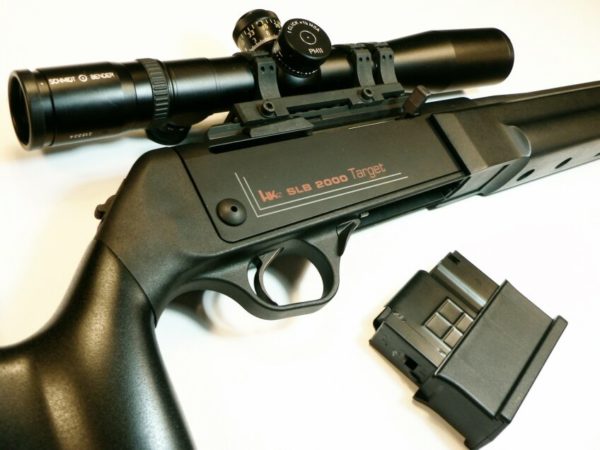 Marketing was another problem.

The SLB was a finely crafted European designed semi-automatic hunting rifle — not the kind of firearm you’ll find at Wal-Mart, Kmart, Sears or Sports Authority. Selling an H&K hunting rifle in FFLs catering to higher end sporting gun buyers was always going to be a heavy lift.

In the end, the much hyped caliber swap — available on today’s Blaser rifles — was a damp squib. H&K never exported additional barrels. And the rifle was not a one-screw takedown. Nor did the older HK scope mount work on the SLB 2000. 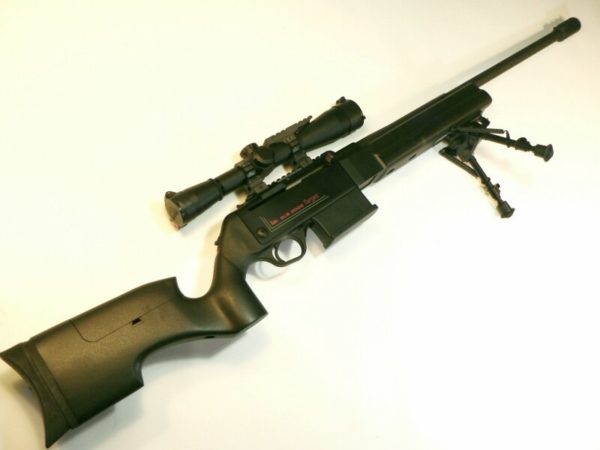 The SLB 2000 went from being a revolutionary wünderwaffen to another run-of-the-mill commercial semi-auto to compete against guns like the Remington 7400 and Browning BAR.

HK did far better in Europe with it and even released the .308 Winchester and other short action chamberings and it sold like hot cakes! Selling very well in France, Germany, and Spain among some nations that allow civilian ownership of semi-automatic rifles.

They even released a police/target package and oh what I’d wish to bring one to the USA. It had a heavier target barrel. You could mount a flashhider or suppressor. It sported a polymer stock with adjustable comb, multiple bipod attachment points, an improved trigger, multiple QD sling points, and even a fabric shield for the mirage that forms when the barrel gets hot. 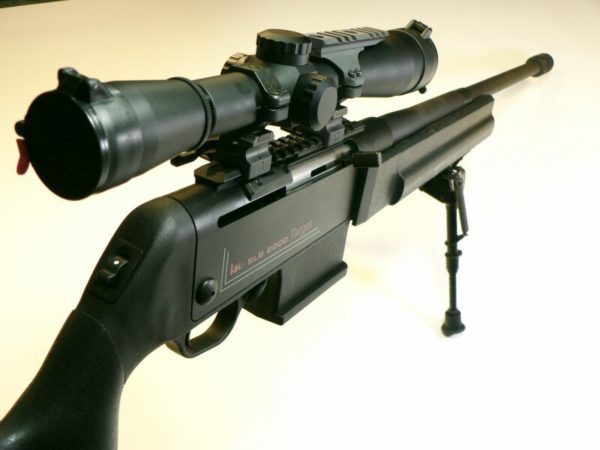 H&K eventually ended production, got out of the commercial hunting market altogether, and sold the design to a friendly competitor; Merkel Jagd- und Sportwaffen GmbH of Suhl, Germany. 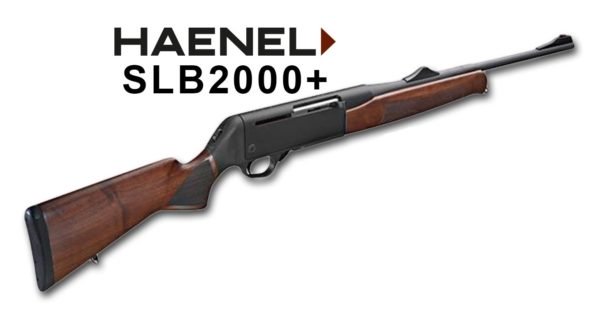 Merkel owns C.G. Haenel and both companies have been a subsidiary of the UAE company Caracal International since 2007. Though Merkel’s products are imported into the US market by Steyr Arms, Merkel has stated that they don’t see their rifle being sold here anytime soon. For a short period of time, Merkel marketed the SR1 in the US and it didn’t sell. All inventory was liquidated to CDNN and sold on the cheap back in 2008-2009. Haenel marked guns have never been brought to the US. 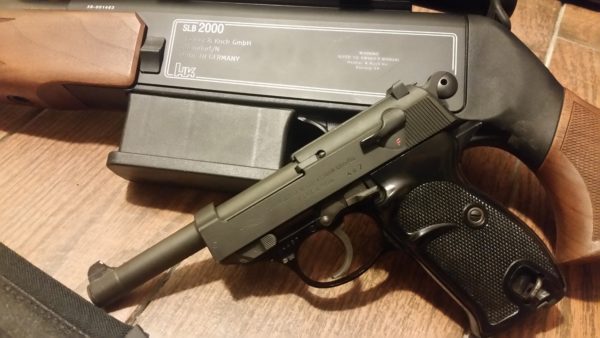 In the end, the SLB 2000 is from another time period. Where German Quality was abound in many products and not everything needed to be high speed low drag tactical. German quality of that era was exemplified in guns like SLB 2000 and this commercial Walther P38.

My SLB and Danish VAR Barreled M1 Garand at the range.

In today’s market; they wouldn’t sell. But as a tangible piece from a bygone era. Even one that was only sixteen years ago. It is a fine rifle to own, shoot, and enjoy.