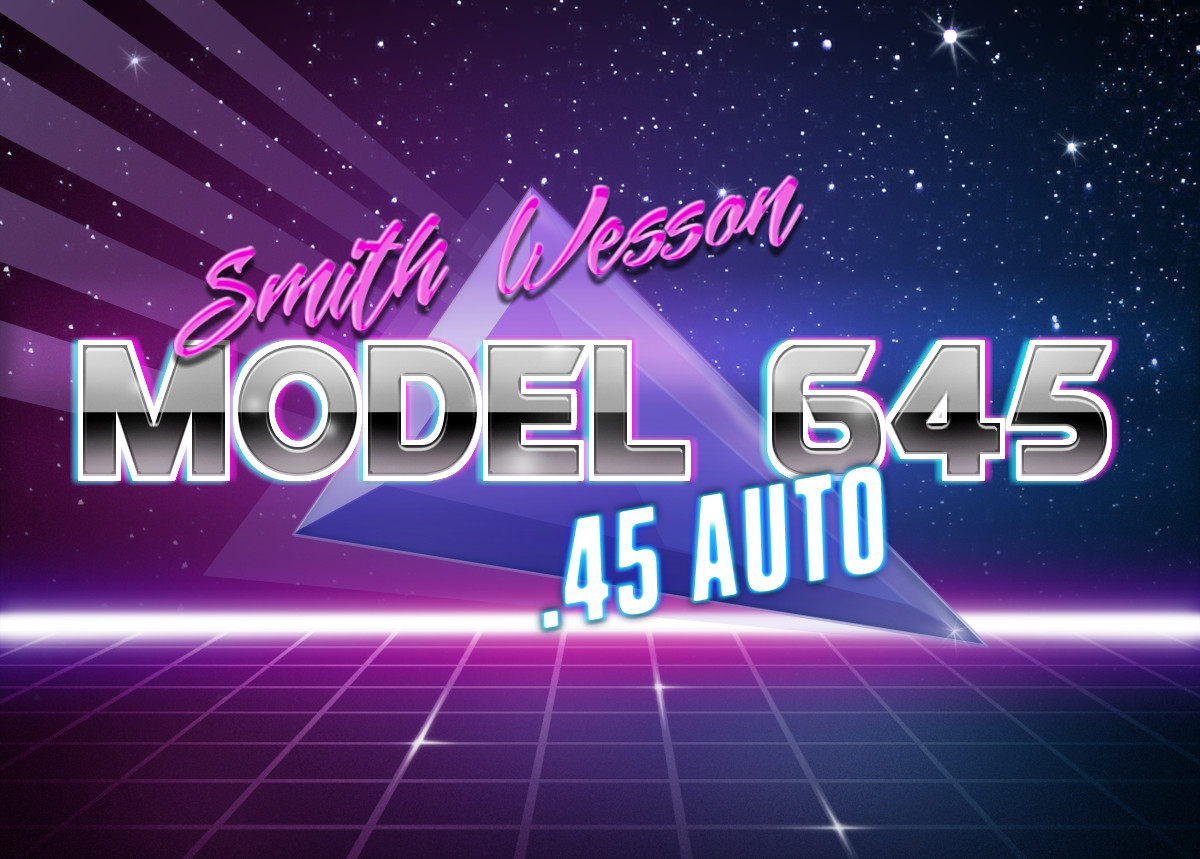 But the Model 645 was Big Blue's first attempt at building a Double/Single Action .45 automatic. Riding the wave that started with their Model 39 and its adoption by the Illinois State Police in 1968. 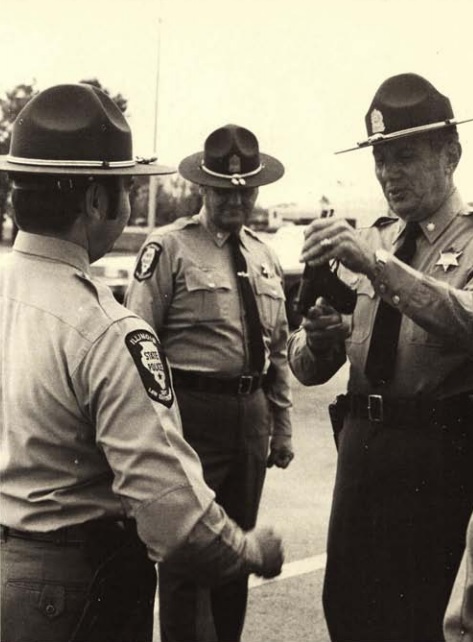 S&W made a number of 9mm DA/SA automatics in fullsize and compact varieties starting in 1979 with the introduction of their 2nd Generation guns. But a .45 chambered blaster was not in the cards; that is until 1985. 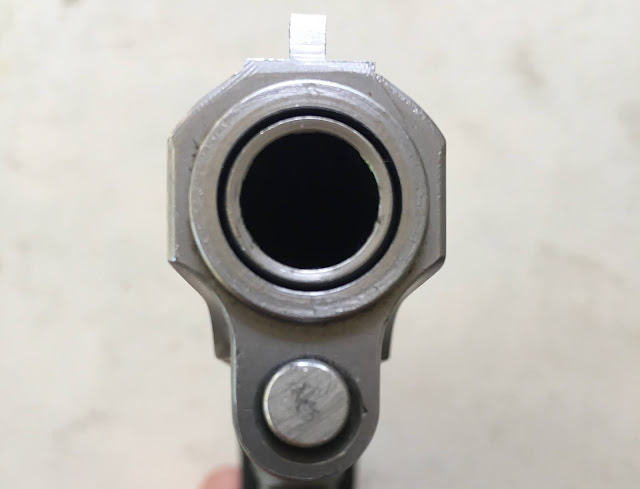 Hearing the market demands, and the knowledge that the mindset of police were moving away from the revolver as their duty sidearm. S&W decided to make a gun that rivaled and beat the quality of a Colt 1911, with the added function of not being relegated to Single Action Only like the famous Colt .45 Slab Side. You see, what made the Model 39 and its progeny popular in holsters of America's cops was the fact that the gun was a Double Action design. Agency Brass feared the "Cocked & Locked" look and mechanics of the 1911 and Hi-Power design. They didn't trust their Patrolmen to carry such a gun. In fact, some agencies didn't even allow Single Action to be a feature on their duty revolvers. Some agencies went so far to have their armorers bob the hammers and make them Double Action Only capable.

Well, the Model 645 was S&W's answer to the market demands for a big honking steel framed .45 automatic. 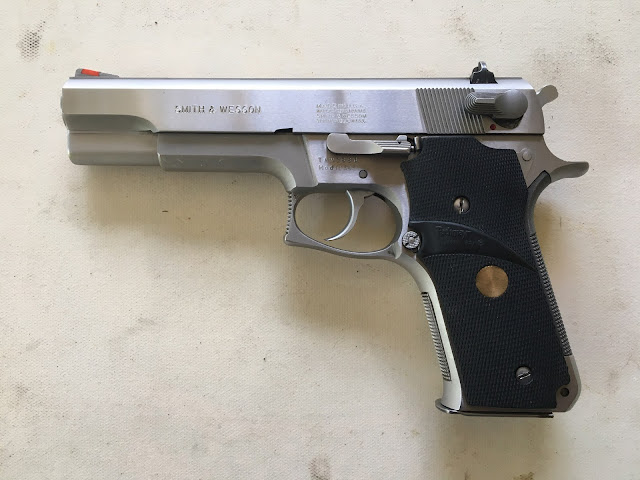 As you can see, the Model 645 is a big honking chunk of stainless steel and it takes its design queues from earlier S&W 1st and 2nd Generation guns along with the 1911. The gun is one smart looking piece.  Everything on it is stainless steel except the plastic orange insert in the front sight, the grips, and the carbon steel rear sight. 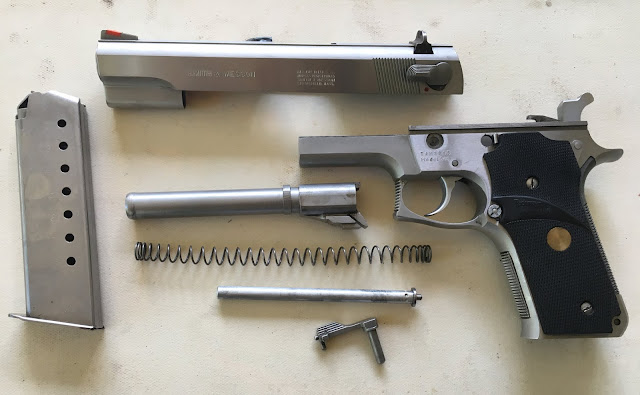 Taking the gun apart if a breeze if you're familiar with the 1911. Make sure the gun is unloaded and remove the magazine. Pull the slide about half way back until the take-down notch aligns with slide stop lever and push it out from the right side towards to left. Take the guide rod and recoil spring followed by the barrel out. Simple as that. But be careful though, the recoil spring likes to eject to guide rod into low Earth orbit. 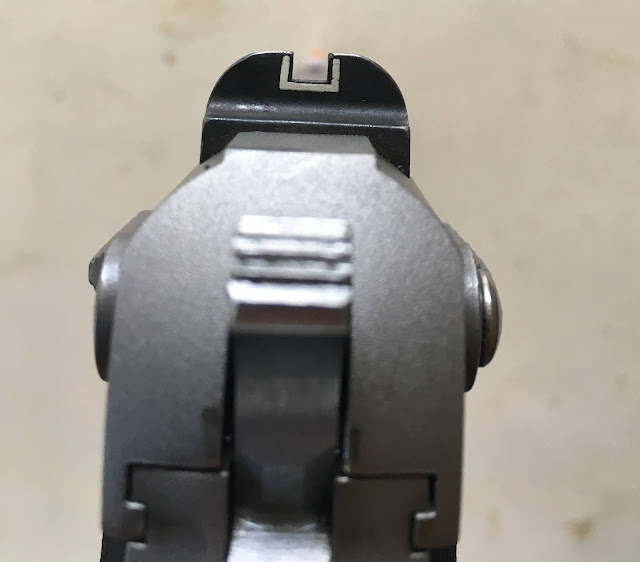 The rear sight is the classic S&W white outline and is nice and visible. It isn't some tiny nub like what you'd find on a Mil-Spec 1911. 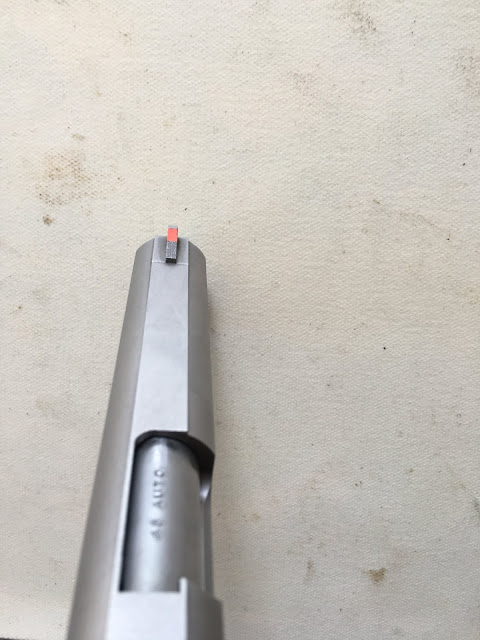 The front sight stands out nicely too with the bright orange insert. All in all, for a mid 80s period gun, sights are damn good. 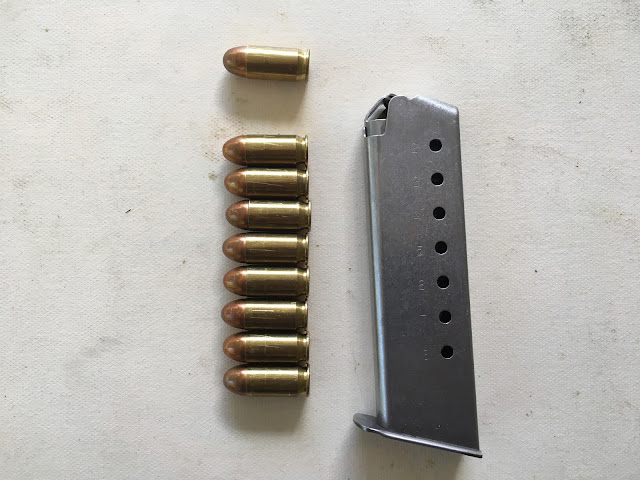 The gun shipped from the factory with two 8rd single stack stainless steel magazines. Giving the shooter a total of 8+1 capacity. Which again, for a period .45 automatic, that's damn good. 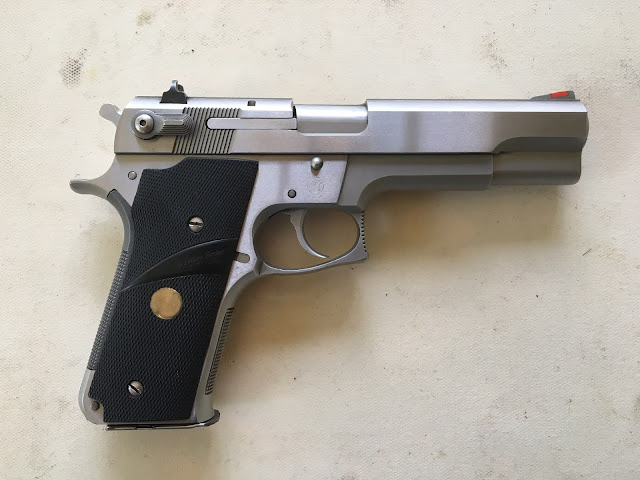 The gun also came with an ambidextrous safety/decoker. Which was a nice feature since the original 1st Generation guns like the Model 39 and Model 59 didn't have that. Also the trigger guard is the squared off "combat" pattern.

So other than the Model 645 being such a nice pistol. What does it have to do with the TV Show Miami Vice? Well, during the Pilot Episode, a Sig P220 in .45 ACP and in Season 1 & 2, a Bren Ten in .45 Auto was used. Yeah, you heard right. .45 ACP and not 10mm. Why? Well, 10mm Auto blanks were impossible to get. Anyways, by the wrap up of Season 2, the parent company making the Bren Ten was out of business. With ‎Dornaus & Dixon Enterprises gone, Director Michael Mann was looking for the hot new thing for his lead character to use.

Enter S&W and their new Model 645. It was in stainless so it showed off nicely on camera and it was chambered in .45 ACP. Which meant that the ample supply of .45 blanks they had was perfect. Don Johnson used the Model 645 for two seasons while portraying Sonny Crockett of the Metro-Dade Police Department down in Sunny South Florida (my stomping grounds). 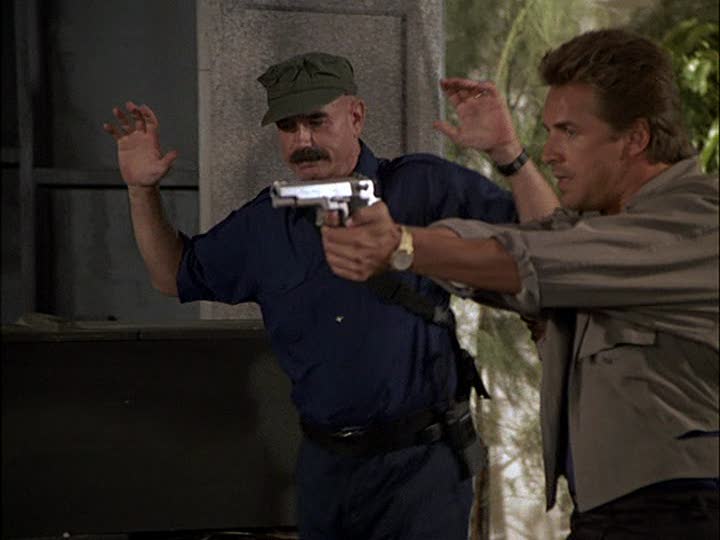 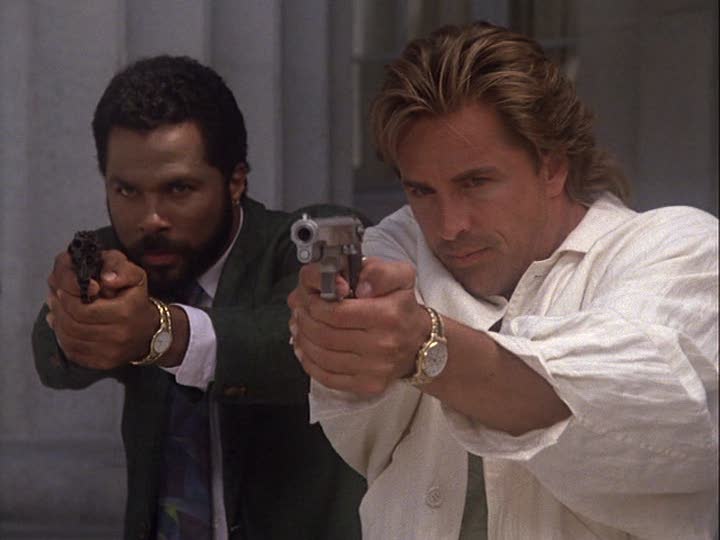 Here's the Model 645 in action on screen.

So S&W was doing damn good. They were really riding the wave. The gun was a big hit and folks wanted it. So, Big Blue being who they usually are. They marketed off the show and the life style it was promoting.

Yeah, if you bought the gun in 1988; S&W would send you a stylish jacket. But lets take a look at the ad itself. The car, the hair, the women, the confidence. Yup, S&W was definitely selling the vibe from the show.

But nothing lasts forever. The gun was replaced in Season 4 and in real life by S&W's new 3rd Generation Model 4506 and in 1988, the Model 645 was finally retired from production. But that doesn't mean during its short lifespan, that the gun wasn't well liked. The Model 645 was so popular that S&W even made factory cut away guns for their sales department to take to police departments. 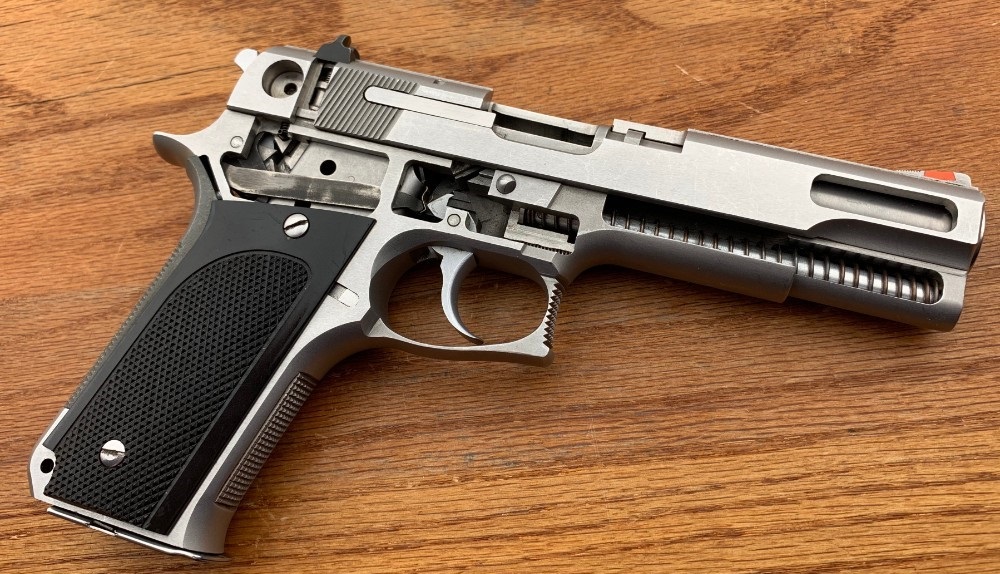 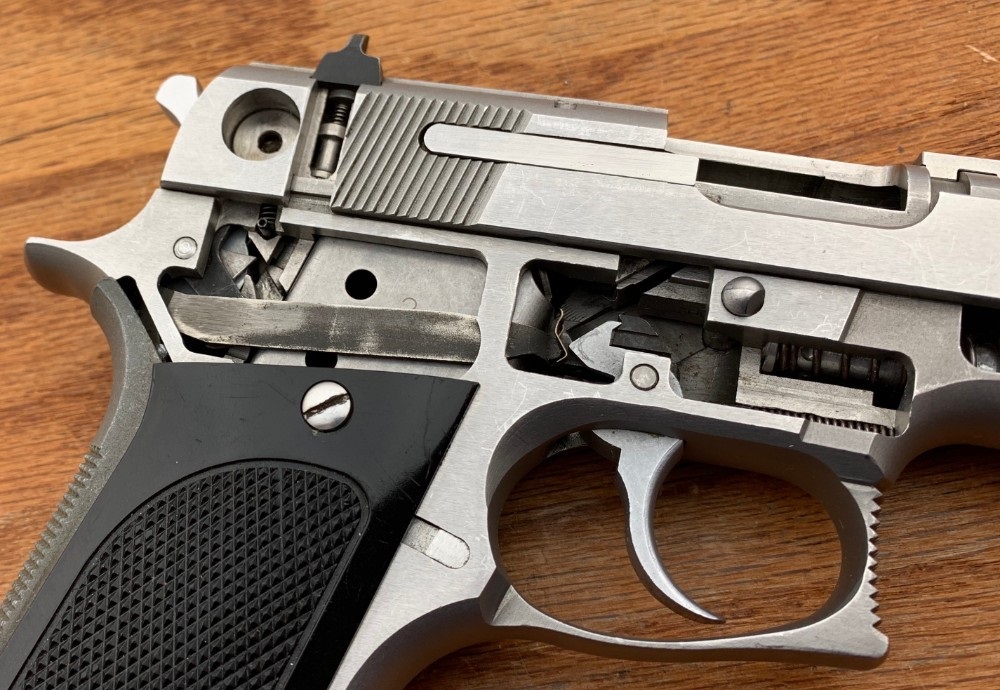 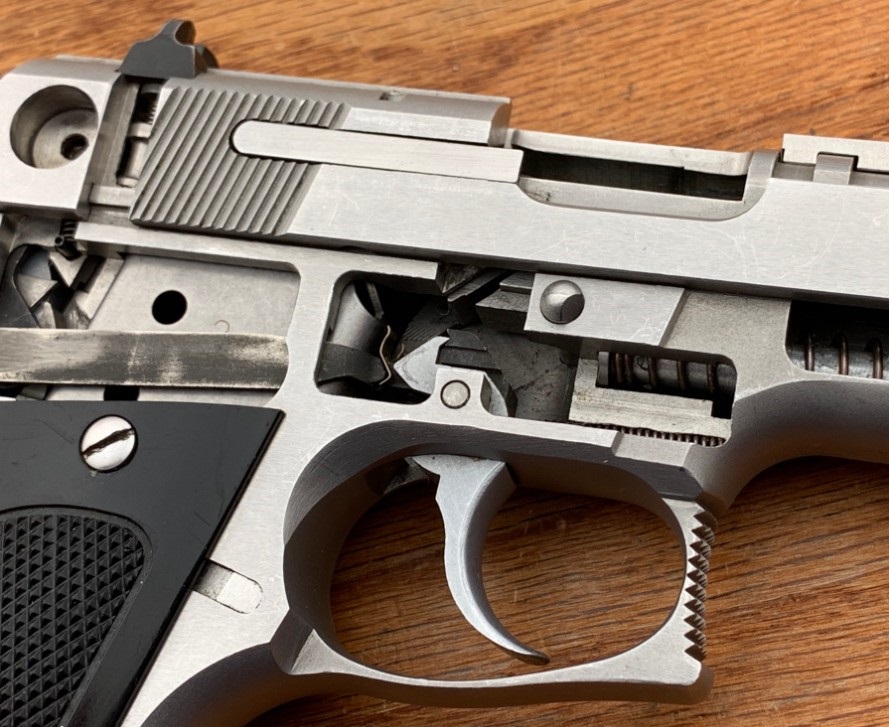 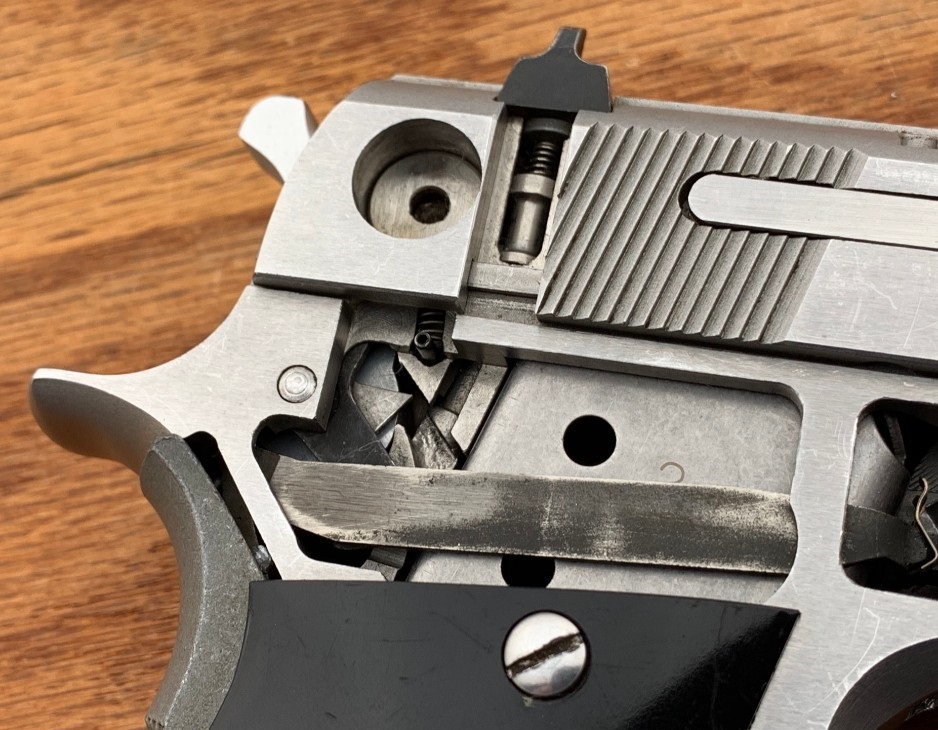 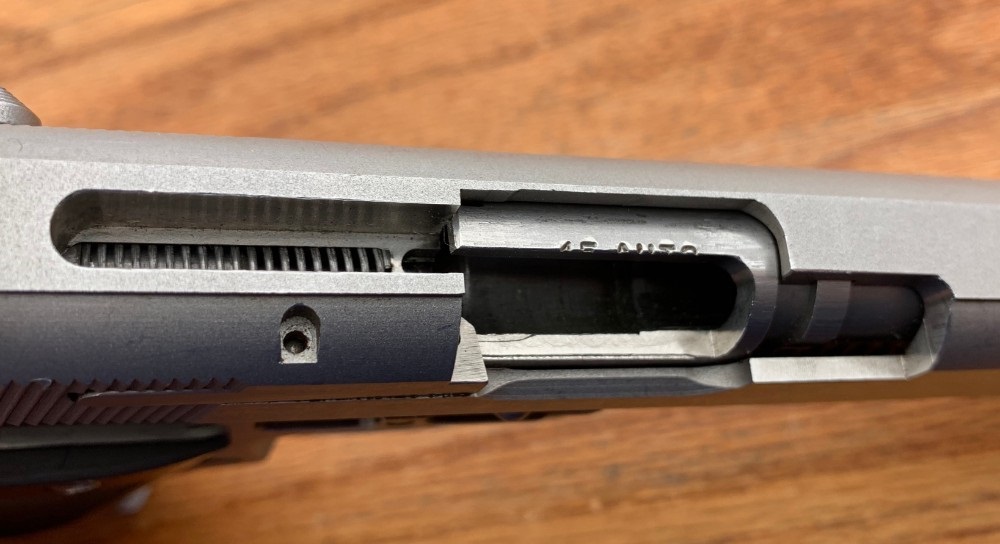 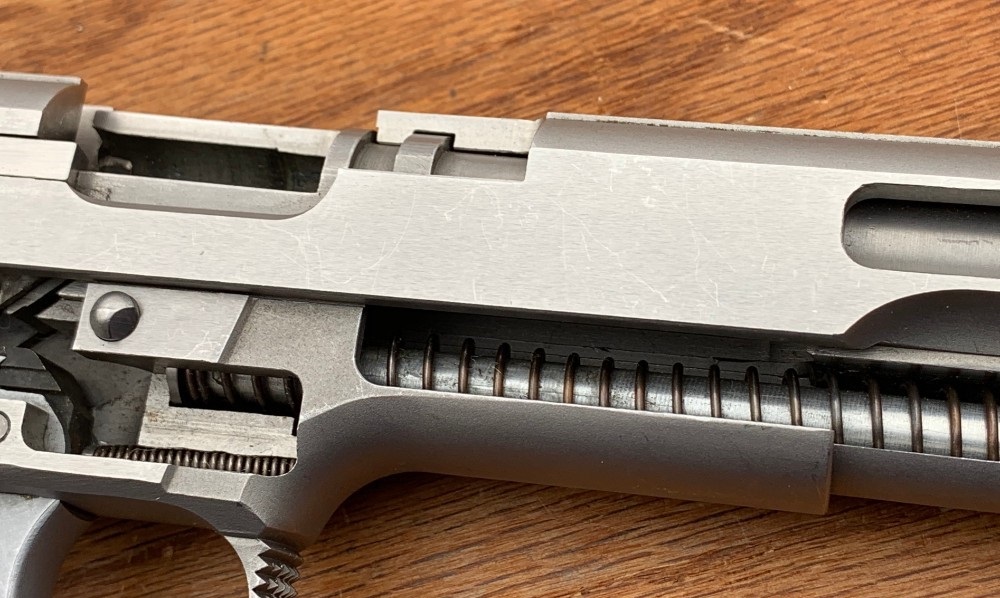 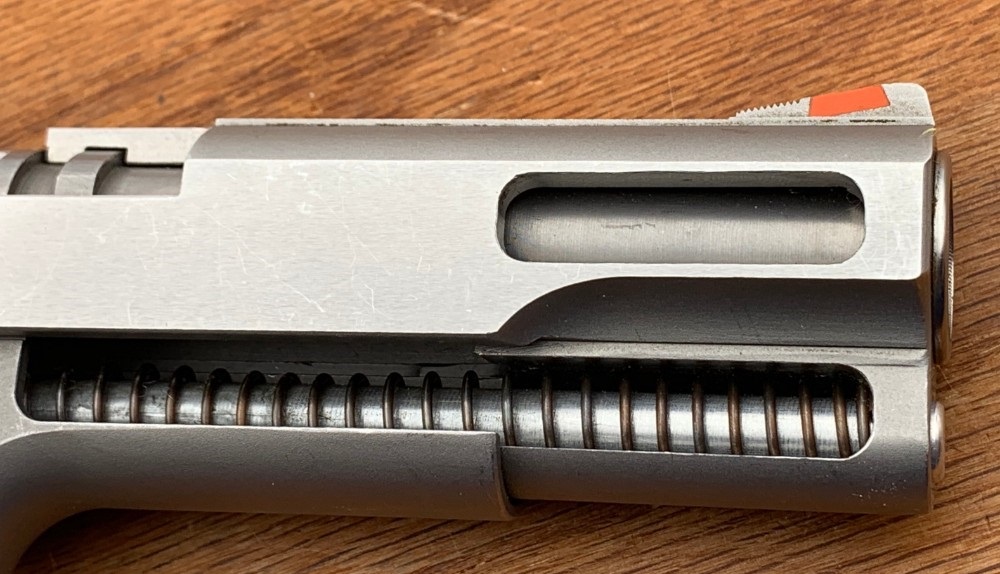 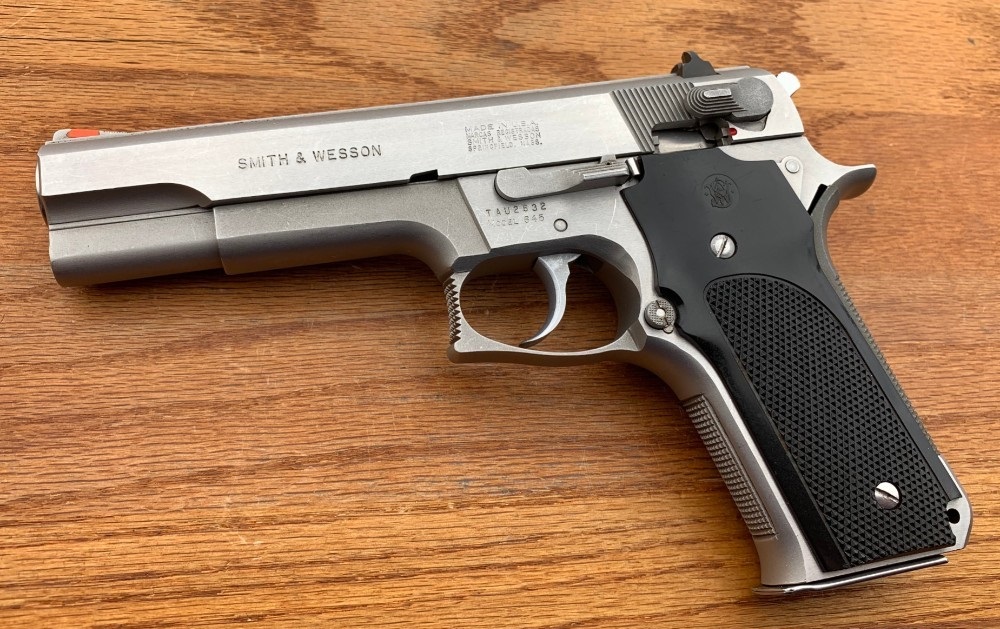 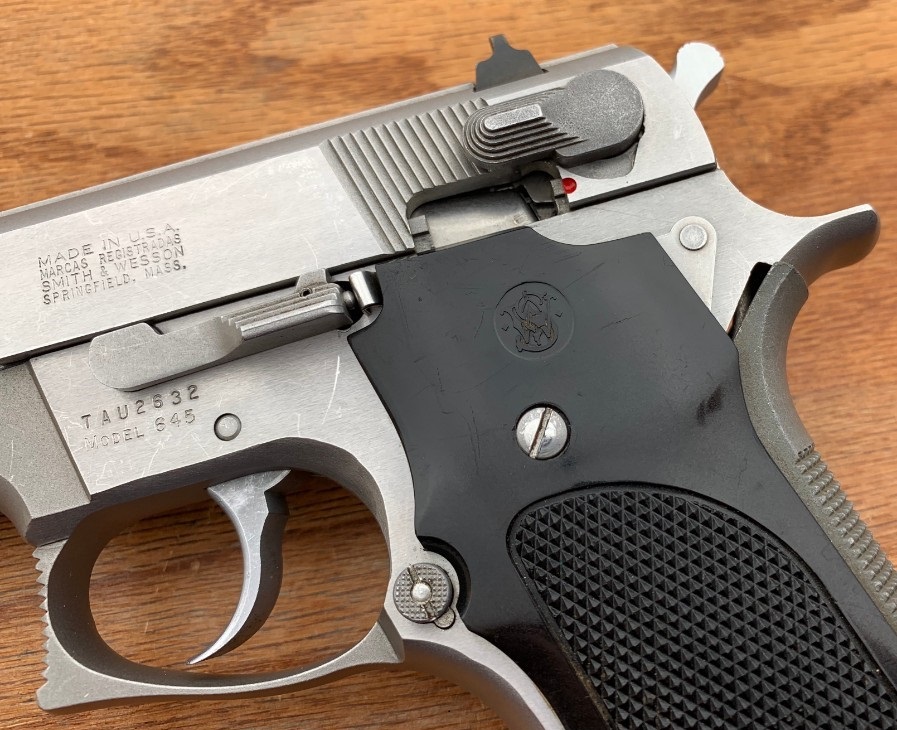 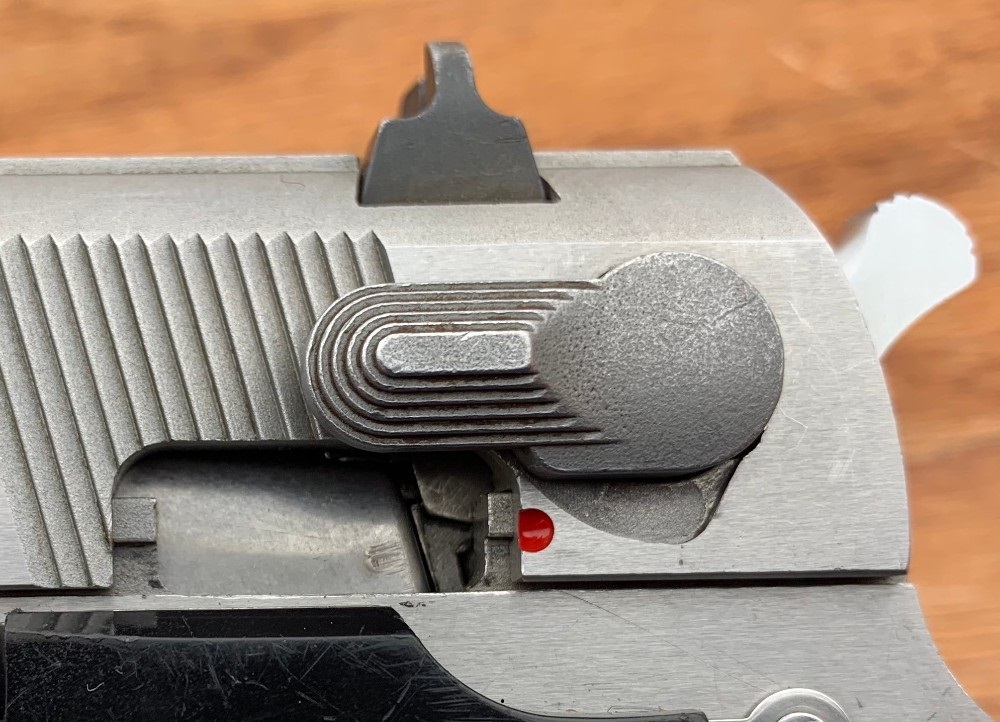 While the Model 645 is retired, mine lives a comfortable life and is well taken care of. 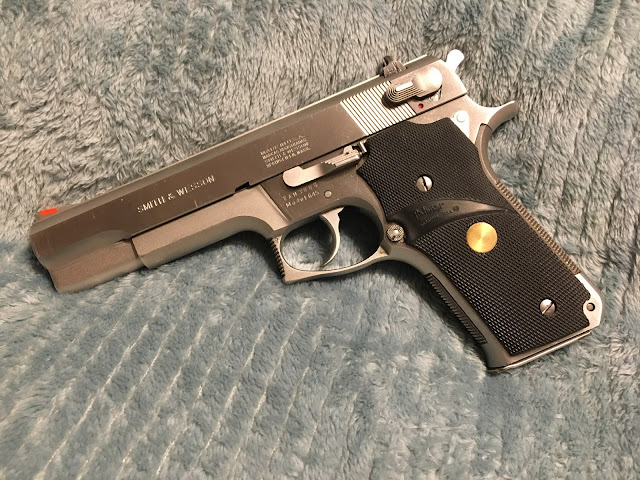 If you see one for a good price, don't let it escape your grasp.