Anyways, before the Model 645 was fully replaced. Smith & Wesson used up the last of the 645 parts and made "transitional models". 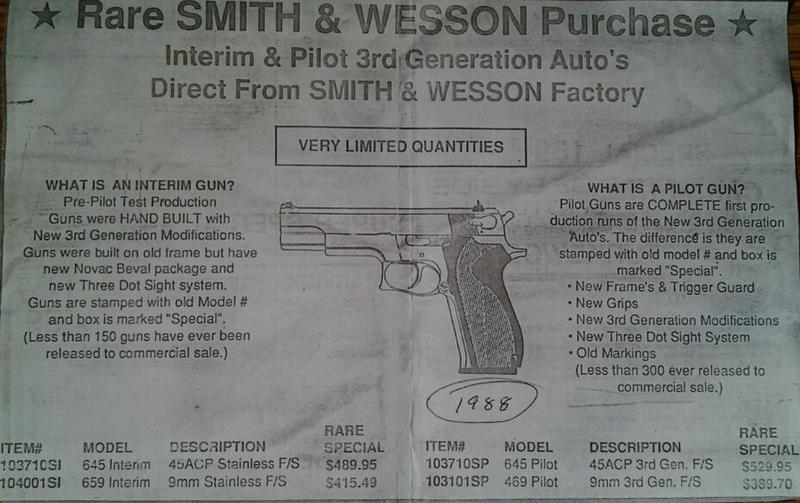 Legit transitional guns were classified as either pilot or interim models.

Interim models were "Pre-Pilot Test Production Guns were HAND BUILT with New 3rd Generation Modifications. Guns were built on old frame but have new Novac Beval package and new Three Dot Sight system. Guns are stamped with old Model # and box is marked "Special". (Less than 150 guns have ever been released to commercial sale.)"

Famed gun writer, Frank James of Shotgun news and Shooting Times had one. 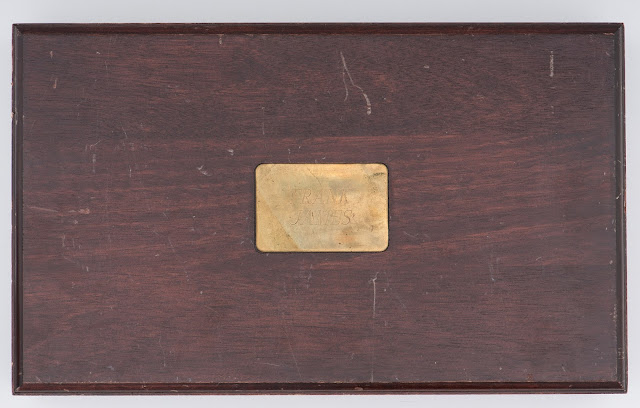 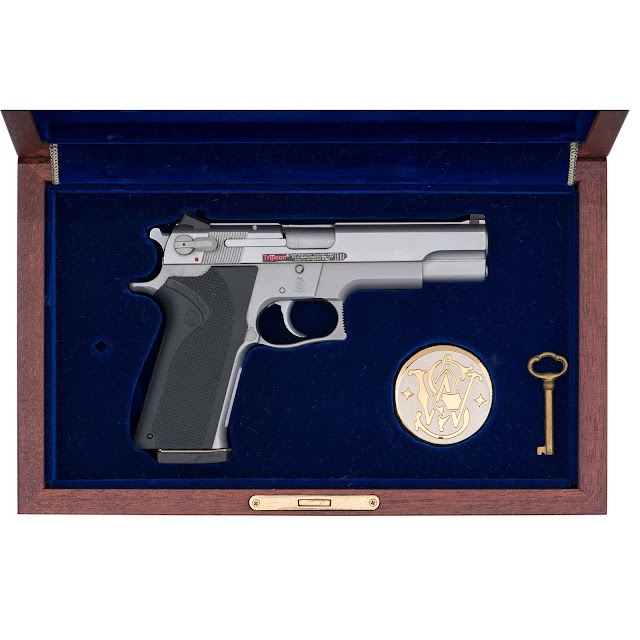 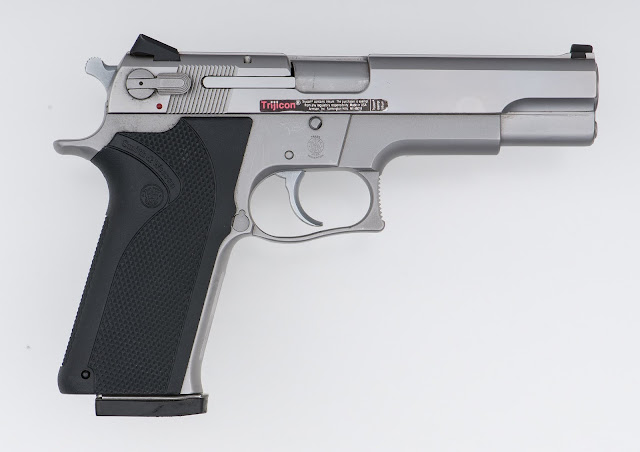 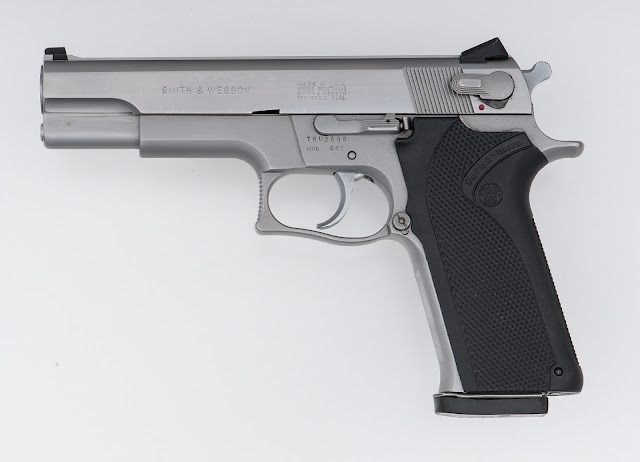 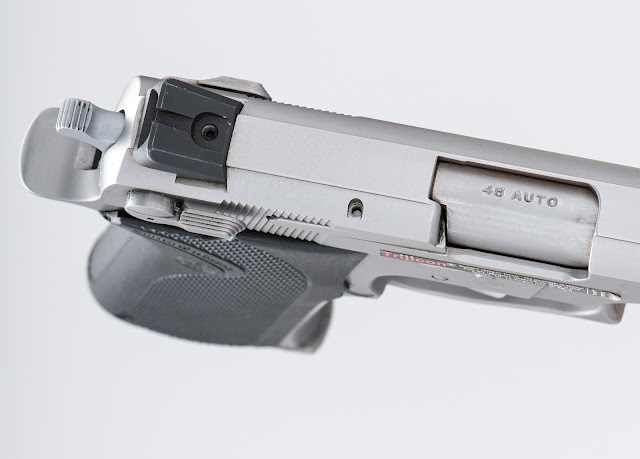 Serial Number is TBU2698 dates this one at 1988 and the magazine is also from a Model 645 with a rubber bumper installed on the bottom of the metal floor plate. 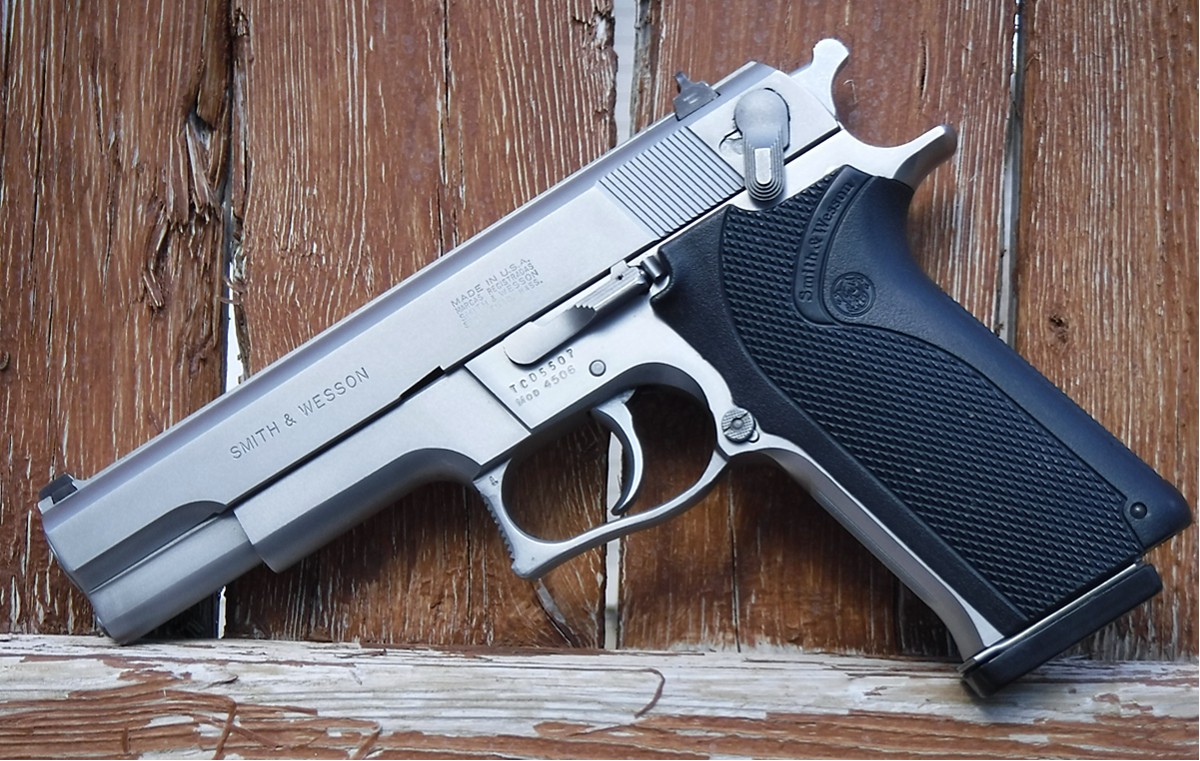 Both slides on these guns are also from the Model 645. But the front sight has been machined to take the new one from the dovetailed sight that NOVAK designed for S&W. 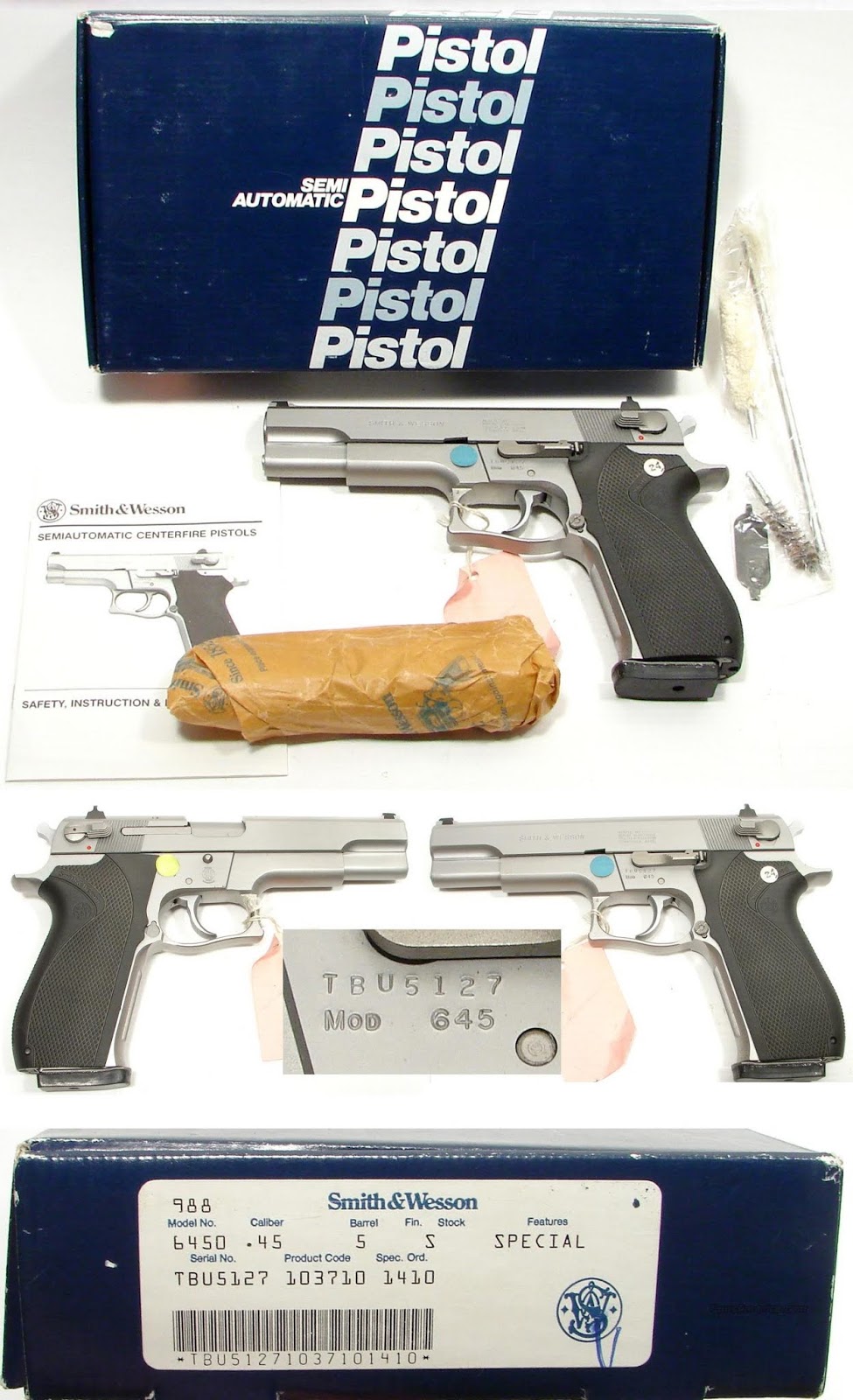