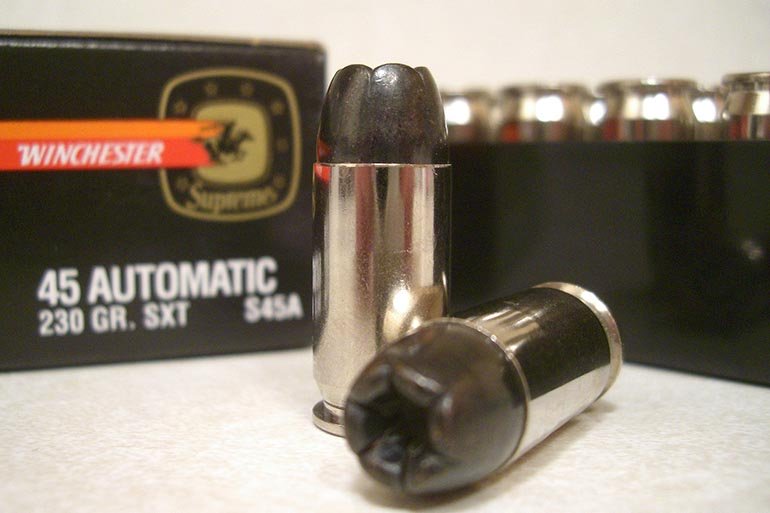 In the 1960s, Paul Kopsch (an Ohio coroner), Daniel Turcos (a police sergeant), and Donald Ward (Kopsch’s special investigator), began experimenting with special purpose handgun ammunition. Their objective was to develop a law enforcement round capable of improved penetration against hardened targets, such as windshield glass and automobile doors. 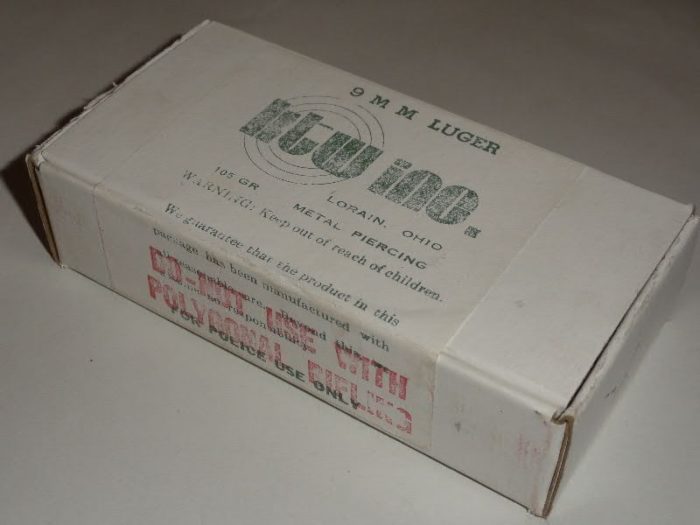 The inventors named their company KTW, after their initials. KTW had begun commercial production in the late 60s to early 70s and came up with armor-piercing loads in a number of calibers.

Their claim to immortal fame was the fact that they coated their projectiles with green Teflon. This had nothing to do with making it armor piercing. That was simply a solid slug of mostly hardened brass with a steel core.

The Teflon was only applied to protect the barrel’s rifling, nothing more and nothing less. 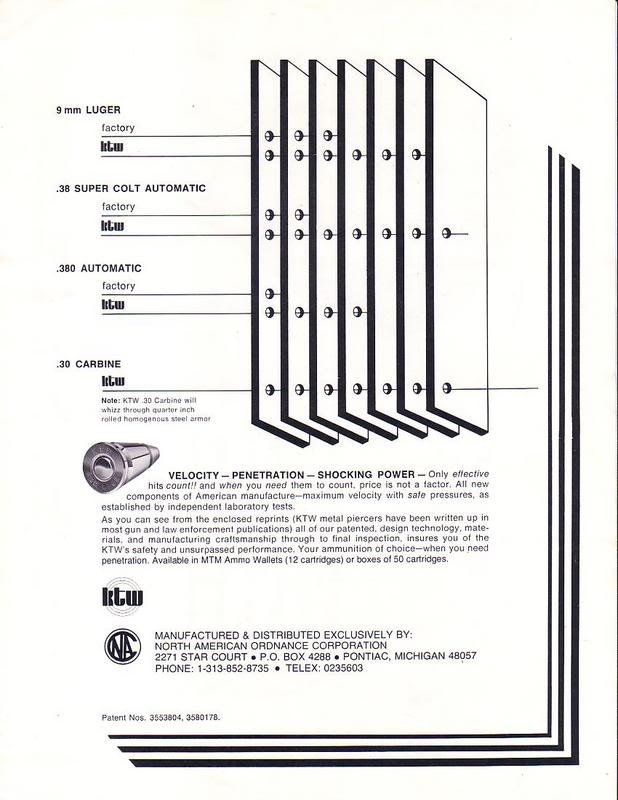 In 1980, continued production of the ammunition was turned over to the North American Ordnance Corporation. Business was fairly good and at the time and they were selling their products to both law enforcement and commercial customers. 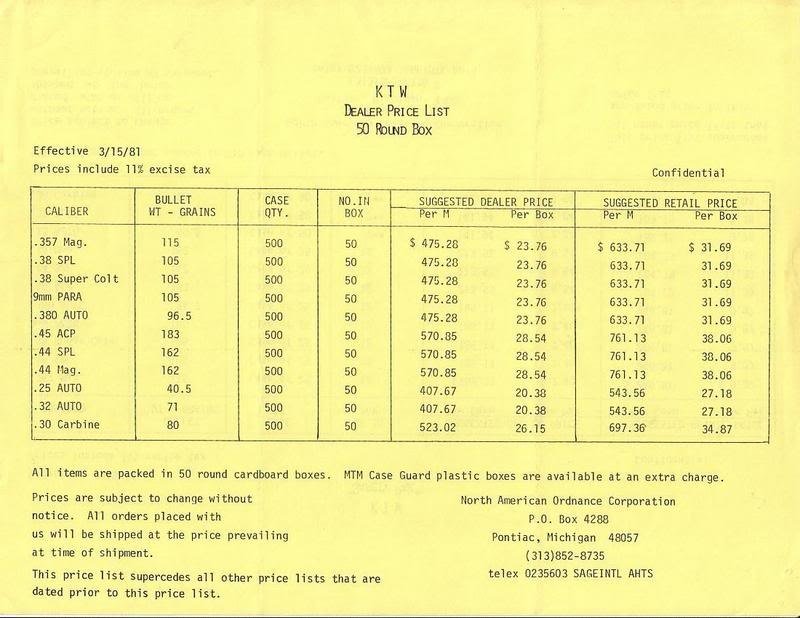 They sold their special loads in various chamberings from as small as .25 ACP, and .32 Auto all the way to .30 Carbine and .44 Magnum. 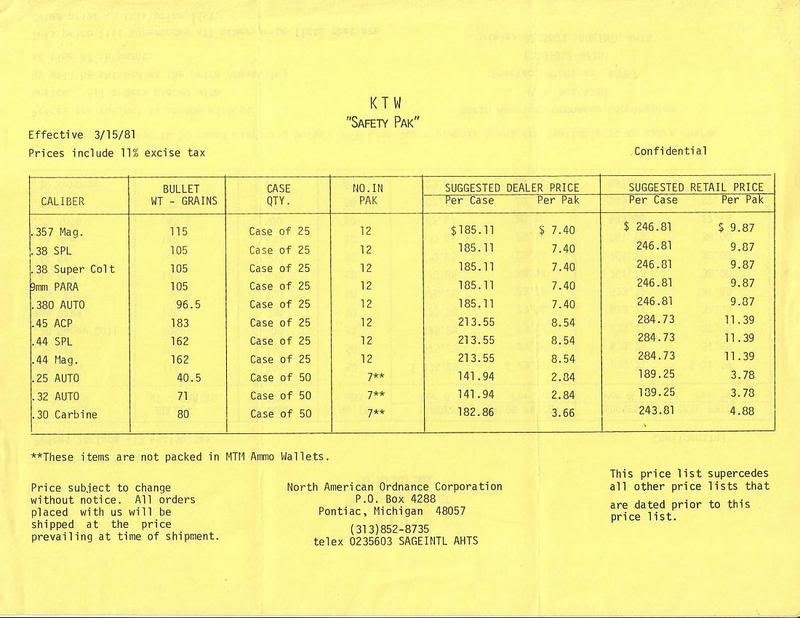 Their most popular product was the “Safety Pak,” a small hard-shell plastic wallet with ammunition. 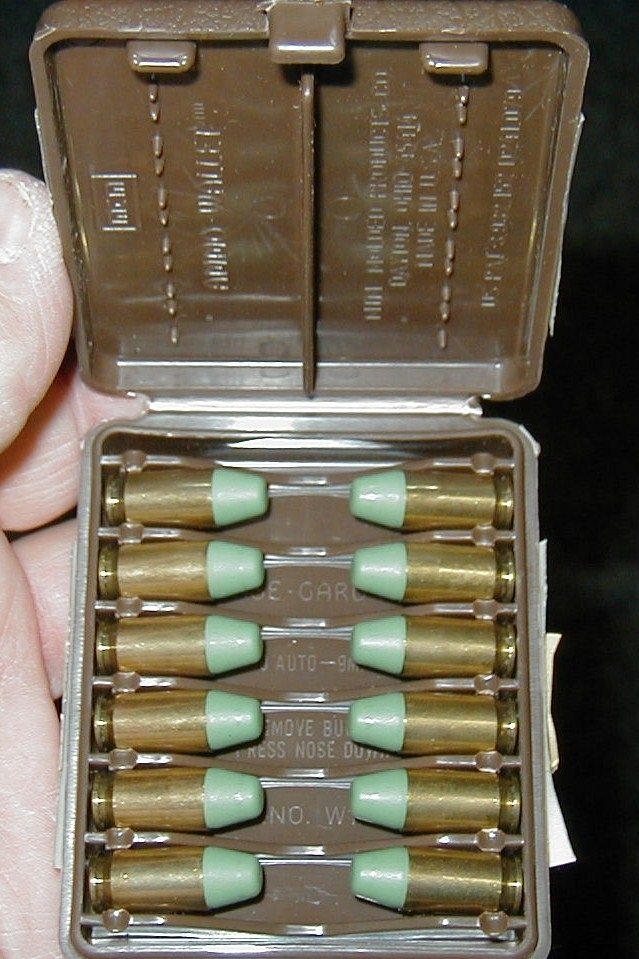 I had a few back in the day as a leftover from when my father toyed with them. He was a firearms instructor for his agency and he got a case or two to test the ammunition and its claims.

So what was the big deal? Well, it was the height of the cocaine drug war and the crack epidemic was spreading like crazy in the 1980s. Cops were just starting to wear body armor. The bad guys were outgunning the them because they packed more semi-auto pistols and rifles.

What type of armor were the cops wearing? Horribly thick, unconformable body armor that sucked for the most part at stopping anything, let alone one of these rounds. Back then, most soft panel body armor wasn’t rated to stop loads like the 125gr SP .357 Magnum or even 124gr 9mm FMJ. They provided some protection, but not nearly as much the uneducated believed.

Remember, KTW primarily marketed their ammo to law enforcement and the military to defeat barriers like auto glass and period car bodies which were still made of steel. It was never intended to defeat body armor since most body armor of era was defeated by most common commercial loads already sold. 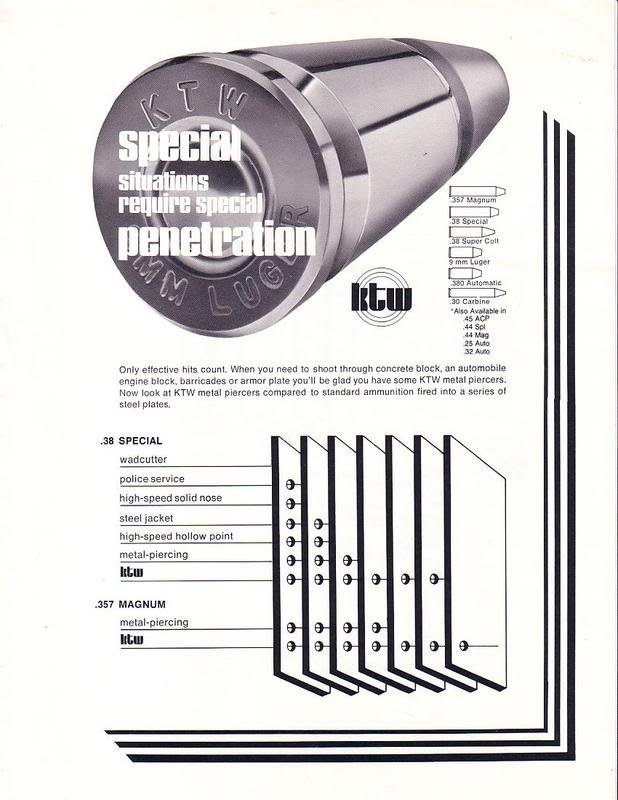 But the gun control enthusiasts in the media caught wind of this and flogged the story, portraying a problem that never existed. They claimed the Teflon coating made them armor piercing and that via some kind of magic, it allowed the hardened slug to slip through the Kevlar fibers of the then-crappy vests that couldn’t stop a 9mm round, let alone a .357 Mag or .44 Mag. But it made a great story.

Hollywood go on board, going hardcore with their anti-gun message in Lethal Weapon 3. The plot centered around gangs that were getting machine guns and “armor piercing” ammunition which lead to a rash of LAPD cops being killed.


They went so far as to make fake ammunition boxes and marked them similar to KTW packaging. 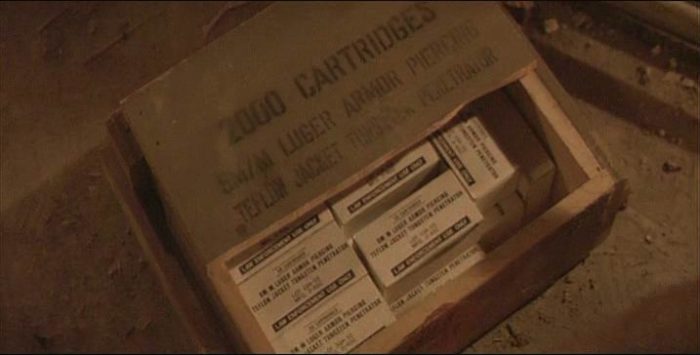 Scene from Lethal Weapon 3 when the crate of armor piercing ammunition was discovered. 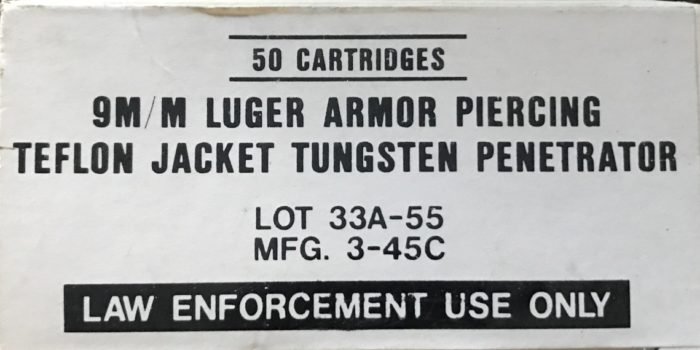 Close up of the movie prop box lettering.

Olin Corporation, under their Winchester brand got into the game with their famous/infamous Black Talon JHP line. The bullet was designed in 1991 under the supervision of Alan Corzine who, at that time, was VP of research and development for Winchester. 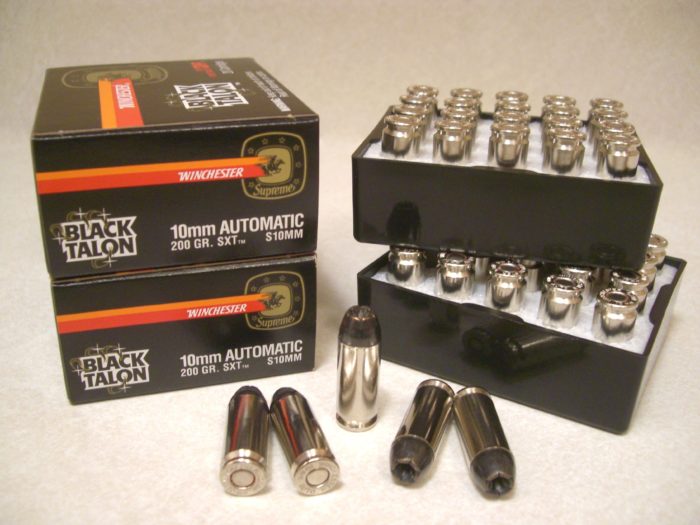 They used a molybdenum disulfide coating. That caused all hell to break loose because of its alleged armor piercing capability.

The result was pure media hyperbole. Just like KTW, they believed that the Teflon made Black Talon an armor piercing round. They never bothered to test or review field data from actual shootings.

Back in the day, cops like Col. Leonard J. Supenski of the Baltimore County Police Department loved it.

“It has the stopping power that police officers need and it is less likely to ricochet or go through the bad guy.” – New York Times, November 7, 1993. Gun-grabbers, of course, were outraged. When the 1993 Long Island Rail Road shooting occurred, the gunman, Colin Ferguson, used a Ruger P89 loaded with Black Talon rounds. Rep. Carolyn McCarthy’s husband was one of the victims killed by Ferguson. Rep. McCarthy actually sued Ruger for making the pistol and Winchester for making the ammunition (McCarthy v. Sturm, Ruger and Co. et al.). But McCarthy’s claim against Olin was dismissed. As the judge wrote . . .

Plaintiffs candidly argue that I should expand existing tort doctrines to cover this case, thus implicitly recognizing that as the law stands today they have failed to state a claim. See Pl.’s Mem. at 10. As noted above, however, their claims seek legislative reforms that are not properly addressed to the judiciary. Like Justice Schlesinger wrote in Forni, slip op. at 14, I too would work to ban ammunition like the Black Talon if I was a member of the New York legislature. As judges, though, we both are constrained to leave legislating to that branch of government.

For the reasons discussed above, defendant Olin’s motion to dismiss the complaint is GRANTED.


There were no defects in manufacturing, design, or in warnings – “…Black Talon ammunition functioned exactly as designed….”

But bowing to public pressure, Winchester pulled the Black Talon line off the market in 1993 and re-released it in 2000 as the Winchester Ranger SXT line. 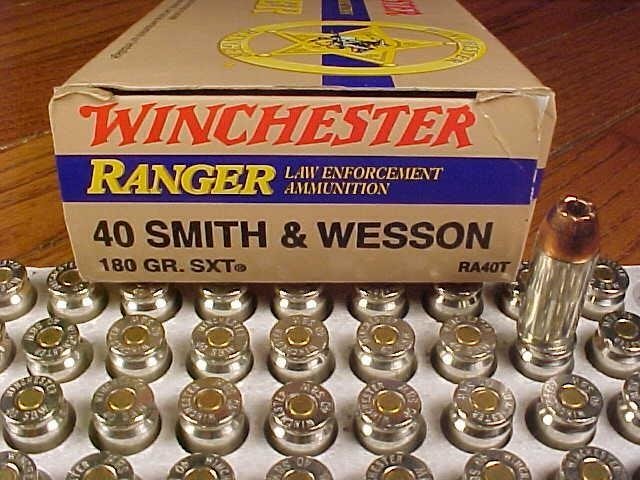 The running gag is that the name SXT stands for Same eXact Thing. Since the Ranger line and Black Talon line are virtually the same except for labeling and color.

A number of states banned the possession of Teflon coated ammunition due to the hysteria caused by the media.


It’s amazing that such insanity prevailed then when the entire premise was laughable and showed an utter lack of understanding of how the ammunition actually works. And today, a generation later, statist law makers and ignorant gun grabbers are doing exactly the same thing, never letting a crisis go to waste.