Seriously, damn kids today have it GOOD when it comes to AR-15s. The selections are out of this world. So many manufacturers and setups. You guys have braced pistols, midlength gassed carbines, light as hell free float rails, amazingly cheap quality optics, finishes and coatings that rival stuff in science fiction, and such an array of quality magazines.

Back in the day during the height of the AWB. Our options were limited. 20rd and 30rd preban magazines were usually $30+ and the only options in magazines was either GI Aluminium, Thermolds, Isralei Orlites, and junk. In my personal experiences. The Israeli Orlites were shit. The only mags I stocked up on were GIs and US made Thermolds; the Canadian made ones were shit since the Canucks changed the polymer formula. Honestly, back then, American made Thermolds were the Pmags of the decade.

AR-15 layouts and options were also mighty scarce. You had pre-bans like the Colt SP1 Rifle and Carbine or newer made guns like the A2 HBARs hitting the scene.

Other than that. You were limited to post ban guns. If you wanted a carbine; good luck because like this unless you had a pre-ban rifle you can swap out parts on. If you didn't, all you had were options like this. Oh, and hope you had good hearing protection because that Mini-Y Comp and AK Muzzle Brake were the devil. A2s were verboten. 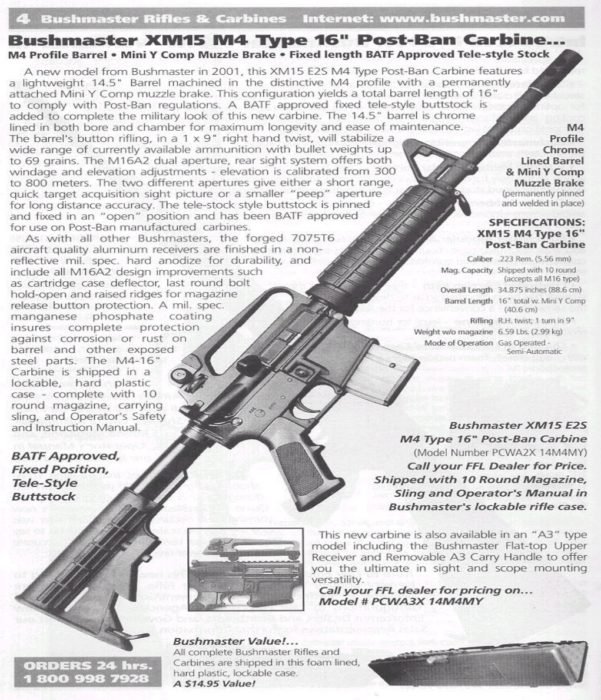 I happen to own a Ban Era Bushmaster Carbine that was a LE Letterhead gun. It is exactly the same as the Bushmaster Shorty AK Rifle. Only difference is my XM15-E2S Shorty Rifle has a A2 flash hider and a bayonet lug. It is a pig of a rifle but a hell of a shooter.

Colt came out with similar guns too like their Match Target Model 6731. A 16: HBAR Cabrine with a fixed A2 Stock and a A3 Reciever.

If you wanted to trick out your ARs; well. Your options were fairly limited. Red dots while in existence weren't cheap and mounting options weren't as varied as they are today. Same with lights. You had a few options and most of them were simply 60 lumen Xenon bulb Surefire 6Ps or Streamlight Scorpions. Tape switches were fucking magic. 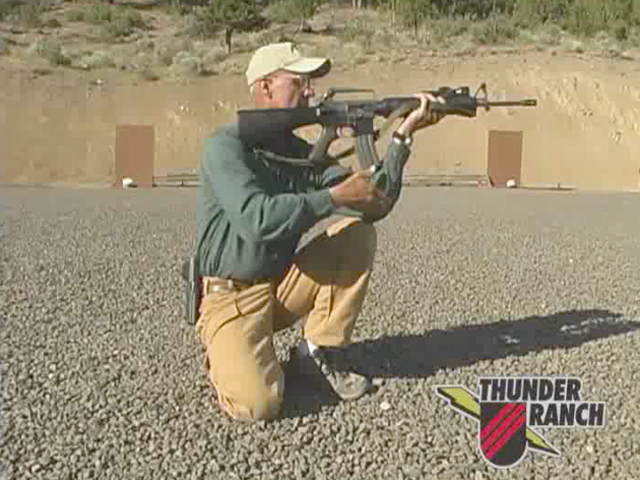 If you had cash to throw, you could send your gun to someone like Ted Yost. He'd cut off the carry handle and install a sight rail so you can mount a red dot optic and put on a free float aluminium tube as your handguard. Other than that. You were limited to a 60 lumen light and maybe a three point sling. 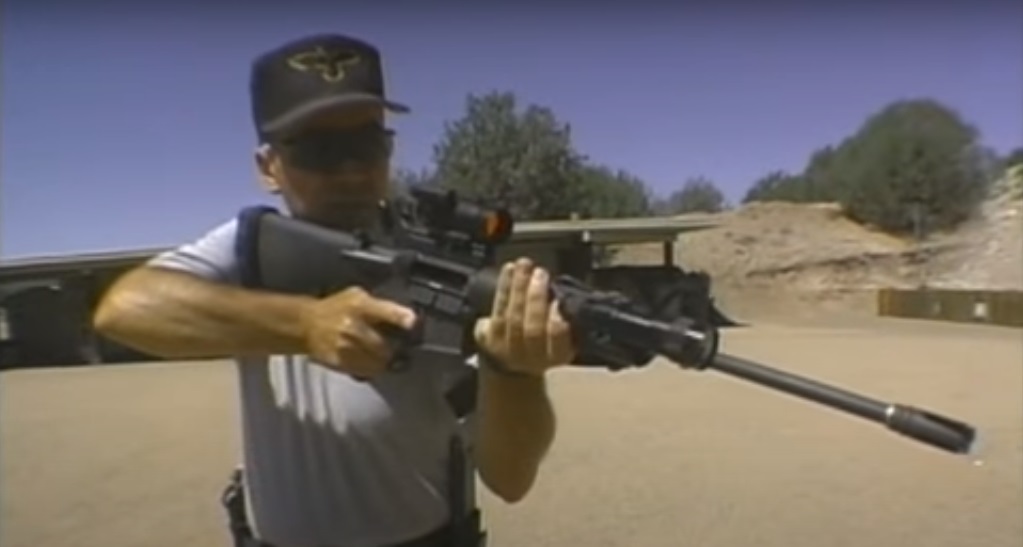 Seriously, you guys have options like this today and you can get them for a hell of a price. 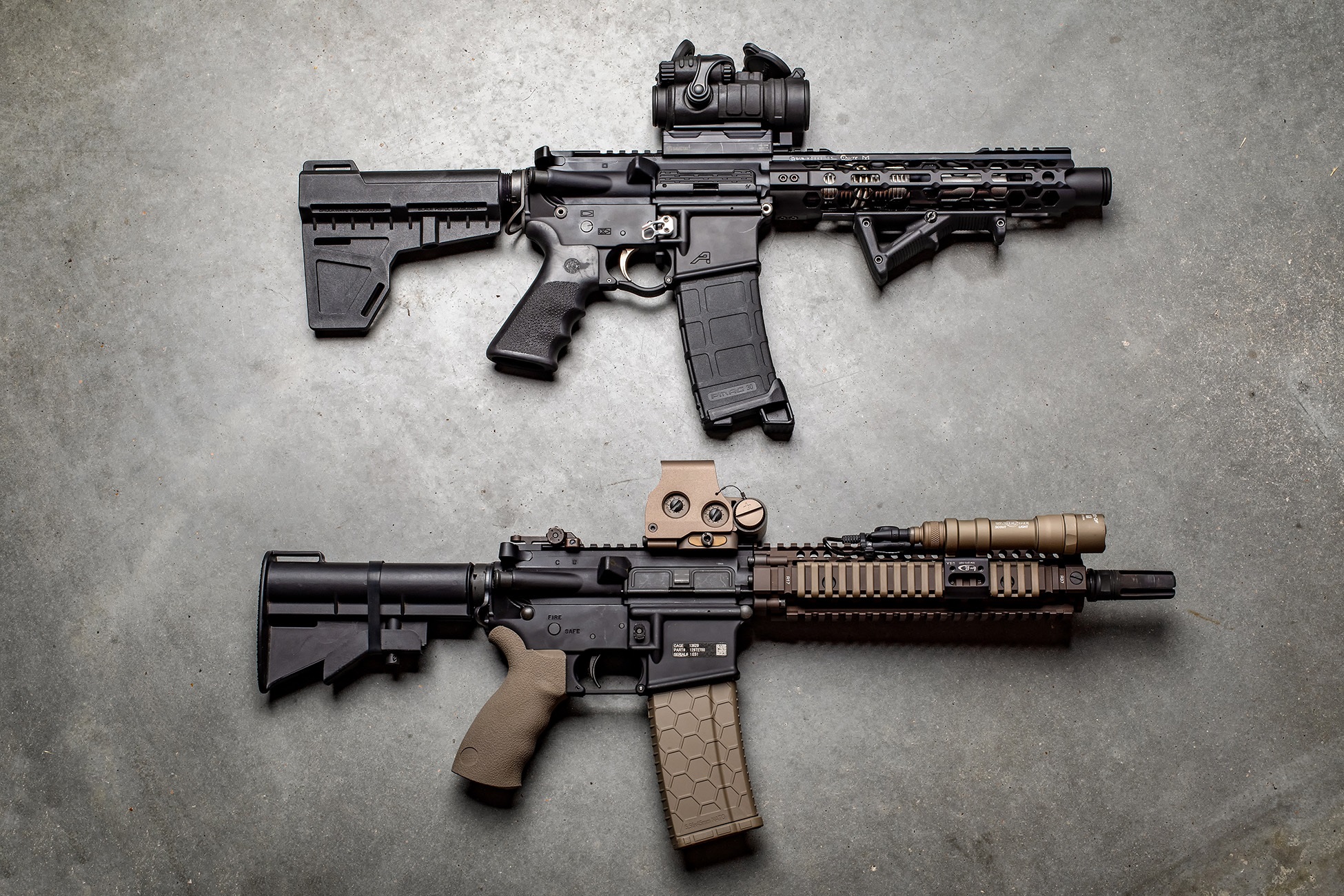 If you want a basic M4 Cabrine, they're usually $500 or less (barring panics) thanks to places like Palmetto State Armory. 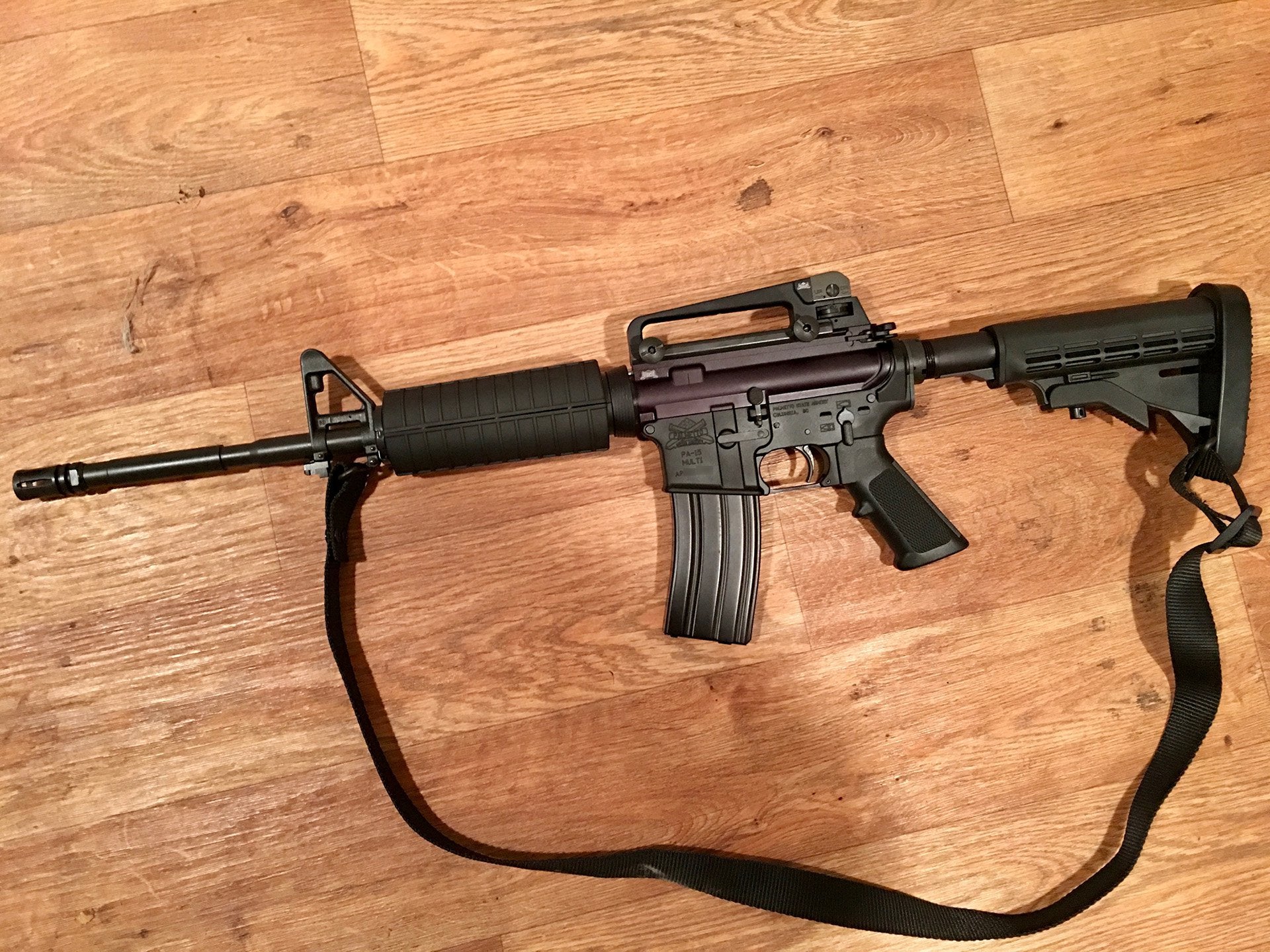 Consider yourselves lucky. Because something like my Bushmaster Shorty Rifle was about a $1,000 back in the day.