Am I about to partake in cancel culture? Questioning the wisdom of Col. Jeff Cooper.

First and foremost, I want to say that I grew up reading the works of Col. Jeff Cooper and he was one of the founders of what is modern pistol craft. Without folks like him, we wouldn't be where we are today. But even the Founders weren't perfect.

Upon reading the article. It is clear that even in 1986, Col. Cooper was confused on the purpose of a DA/SA gun. It is not and never intended to be carried with a safety engaged. The safety is a decocker, something his beloved CZ-75 does not have and was a danger until B variants were made since a slip of the hammer while manually decocking the gun meant it could go off.

The entire mindset behind a gun like the Model 645 is that the gun is carried with the safety off and hammer down. The DA pull makes it better for the shooter to bring the gun into action. Something that famed German Gunsmith and Designer, L.W. Seecamp learned in WWII.

I respect Col. Cooper and I am a fan of the 1911. But even then he was outdated with his views on what a combat pistol should be.

It was becoming obvious even by the mid-1980s that the day of the 1911 was coming to an end. I clearly discussed how that was happening in HAVE YOU THANKED BILL CLINTON FOR THE 1911 MARKET YOU HAVE TODAY?

Guys like Cooper refused to see the day of the GLOCK (tupperware was how it put it) or the DA/SA  (crunchandticker was what he called them) as the future.

Cooper was what I'd like to call a Gravel Belly. He was one of the folks with the antiquated belief that a lone soldier can command a large chunk of ground with a rifle doing 1,000 yard shots from the prone at enemy soldiers. Back in WWII, that was proven false and it was proven false in Korea and Vietnam.

Sure, for John Q Public, a 1911 is still viable as a home defense weapon for your average scenario just as a Mossberg 500 or even a Remington Beals 1858 is capable.

And while Cooper and others laid the foundations of the modernistic shooting we have today. A number of his contemporaries were able to adapt and learn. Cooper was pretty much a curmudgeon stuck in his ways and refused to admit or more importantly, accept the inevitable change that was coming.

Look at how he reviewed the Ruger Mini-14. 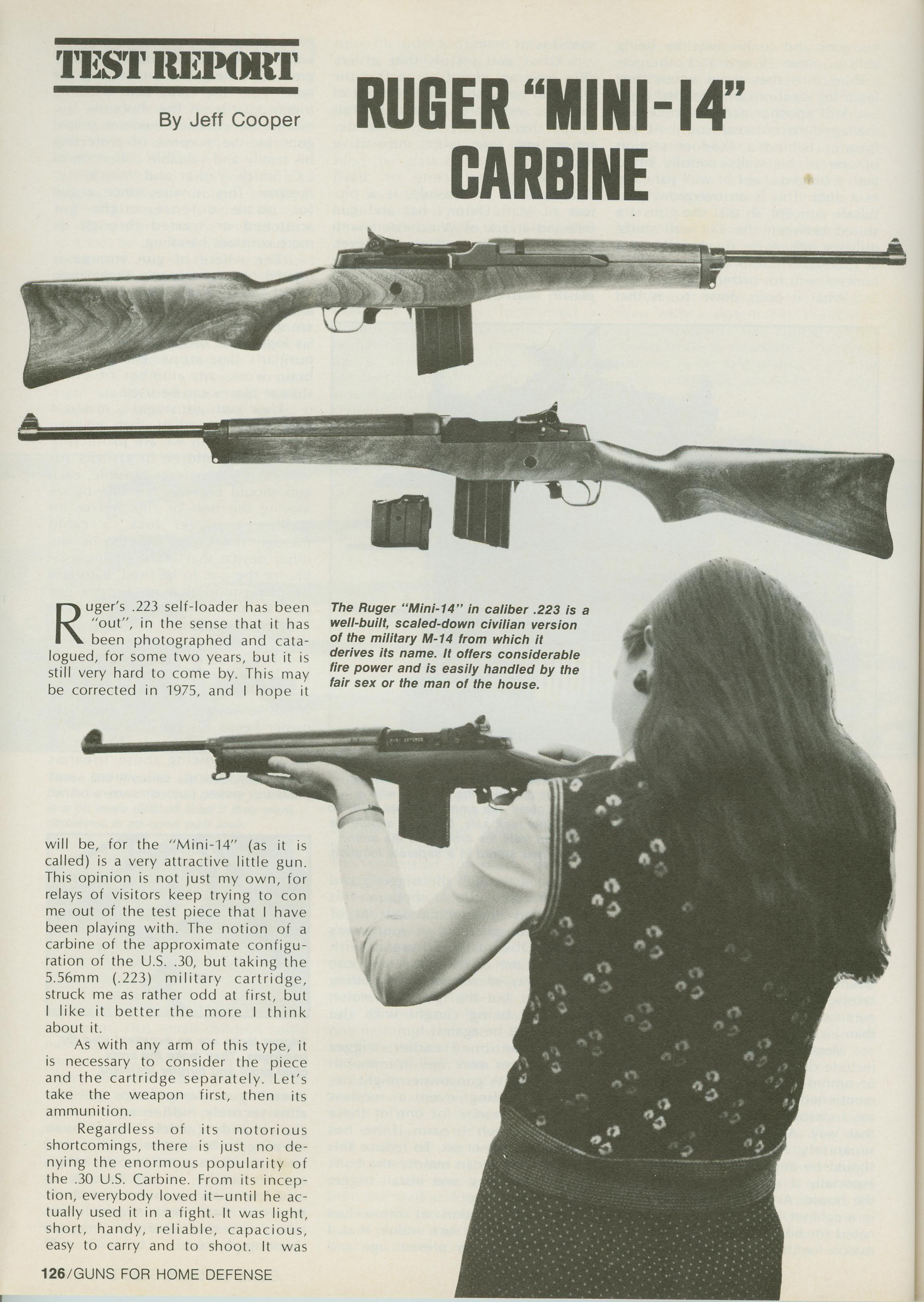 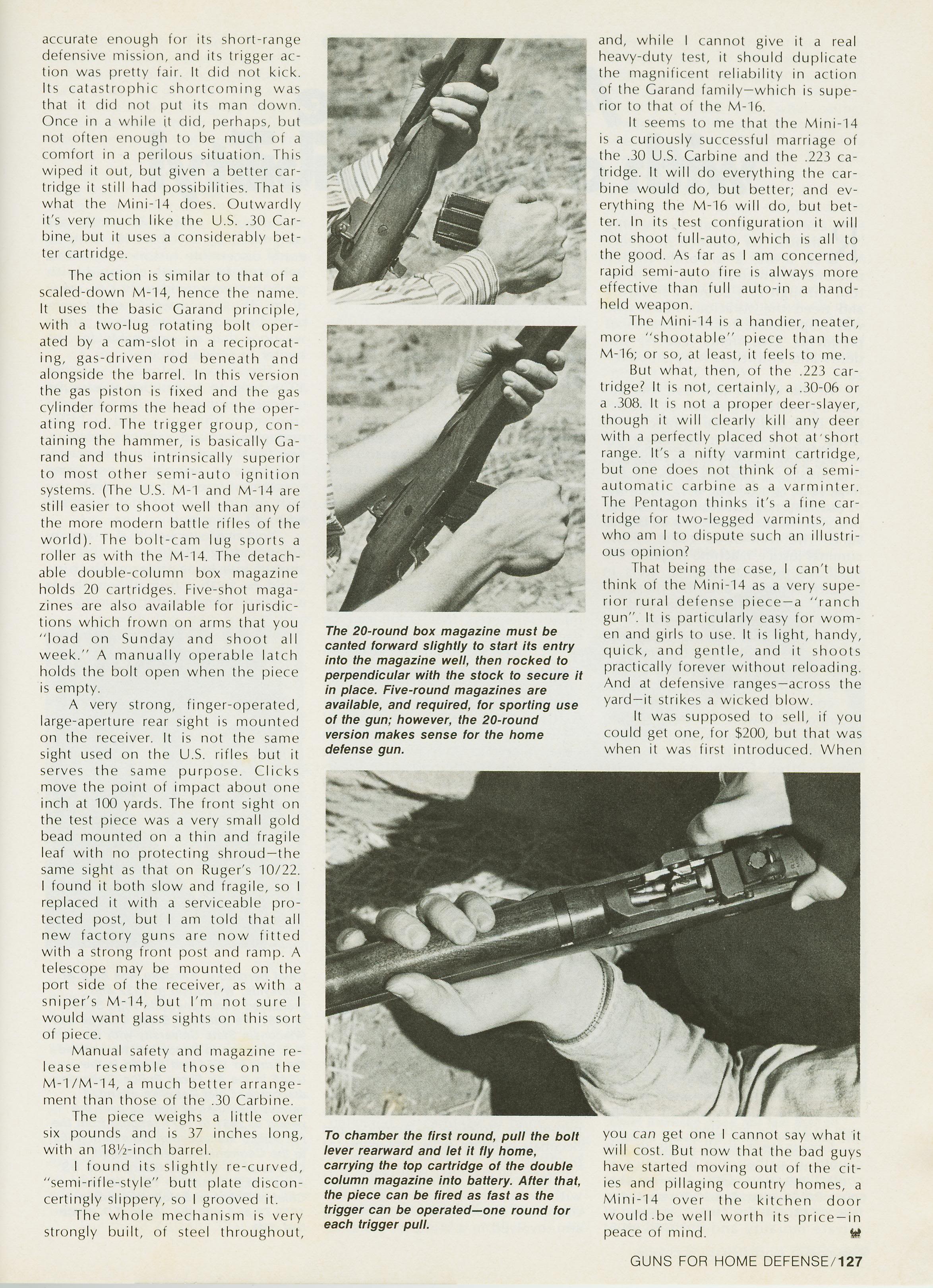 Now, we know I have a soft spot for the Mini-14. But even I know that the AR-15 is its superior. Yet Cooper didn't think so. Why? The Mini-14 was familiar to him because he was wedded to the idea of wood and blued steel.

The idea that even in 1975, the Mini-14 was the better rifle than the Colt SP1 Rifle or Carbine is laughable.

A while back; Mike Seeklanders of American Warrior Society podcasts had an interview with Ken Hackathorn. Hackathorn was talking about his early days with Cooper at Gunsite. Cooper hated everything that wasn’t a 1911, except the CZ-75. Hackathorn basically said woe be upon you if you showed up with a Hi Power or *gasp* a revolver. Hackathorn also talked about the Yaqui holster that Cooper loved to always carry. He stated that Milt Sparks absolutely hated to make it but did so just for Cooper and the fact that his fans bought anything Cooper pushed and that meant business for Milt Sparks.

I hear from others that they believe that gun reviewers back then gave forgotten reviewers honest opinions in gun magazines back then and they claim that nothing negative seems to get printed today. If a writer doesn't mention reliability in a modern day article, they just assume the gun was unreliable. If they don't mention accuracy, they assume the gun was inaccurate.

The truth is, it was the same deal back then. They did bad reviews back then too. Cooper was mostly an outlier in the industry. People read Cooper's works because they liked the ramblings of an curmudgeonly old codger. It is much like John Wayne. He couldn't act worth a damn. But people liked John Wayne because he played John Wayne.

Gun Rags were called Gun Rags because the vast majority of reviews were simply shills and paid by the company that sent in the gun for review. They'd send buffed and fluffed guns to the reviewers for positive articles and they also bought ad space in the periodicals to make the publishers put pressure on the editors to make sure articles were favorable.

On well, that's my rant.

Enjoy the blast from the past articles.