A Mauser's tale - Another Vietnam Bringback

The Masuer Karabiner 98 Kurz, commonly known as the K98. Is a rifle steeped in WWII lore. It was developed in the 1930s and finalized with adoption by the Hitler's Third Reich on June 21, 1935. Over 14,600,000 of them were built in a ten year period. But with the end of WWII and the collapse of the Thousand Year Reich, the rifles of Nazi Domination of Europe were of no more use for front line service. Or that's what many think. 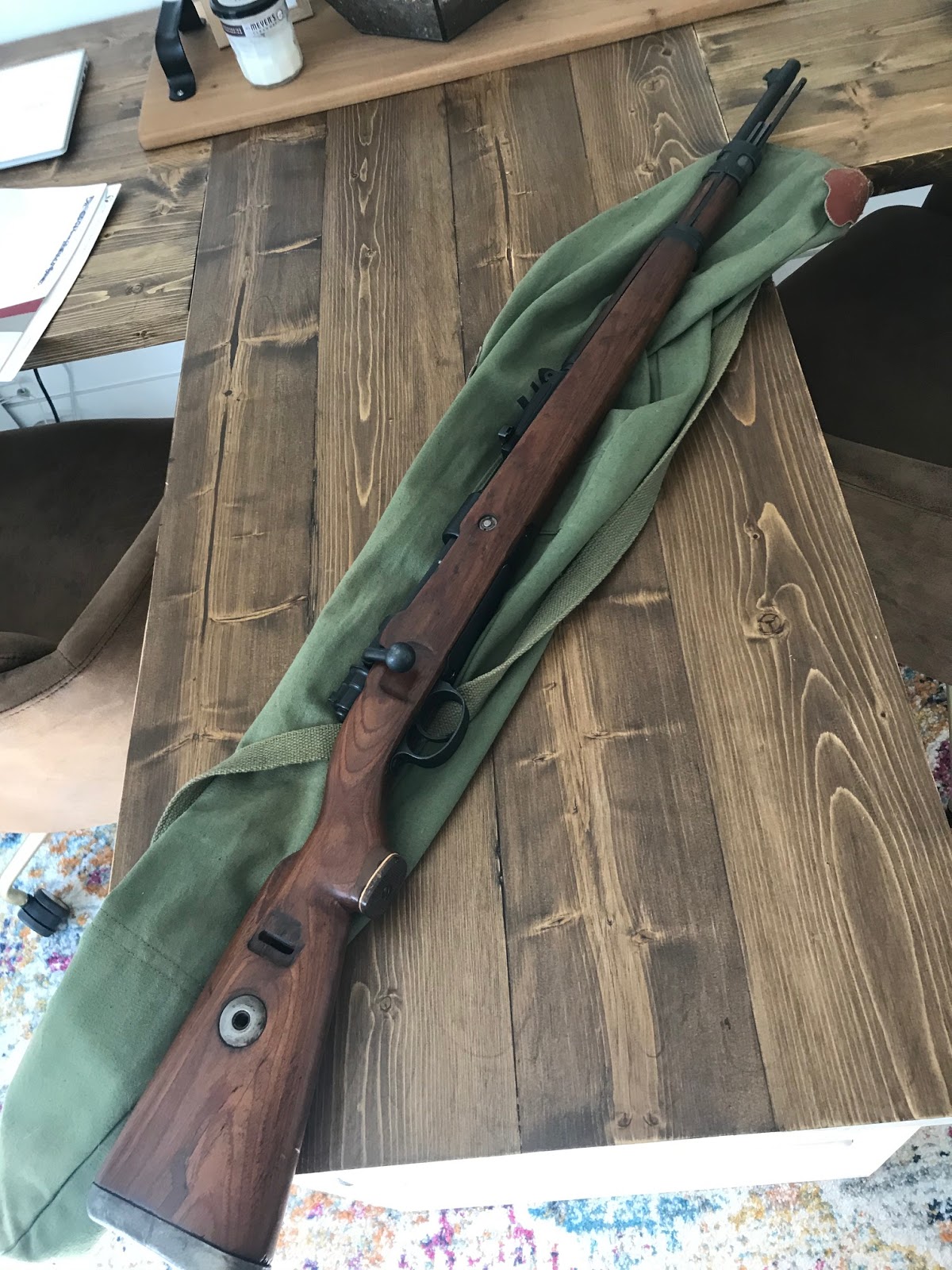 This particular Mauser has a different story. It was captured by the Soviets during WWII and in typical Soviet fashion, they refurbished them and threw them in storage as war reserve and for use as foreign aid to fellow fraternal socialists causes. 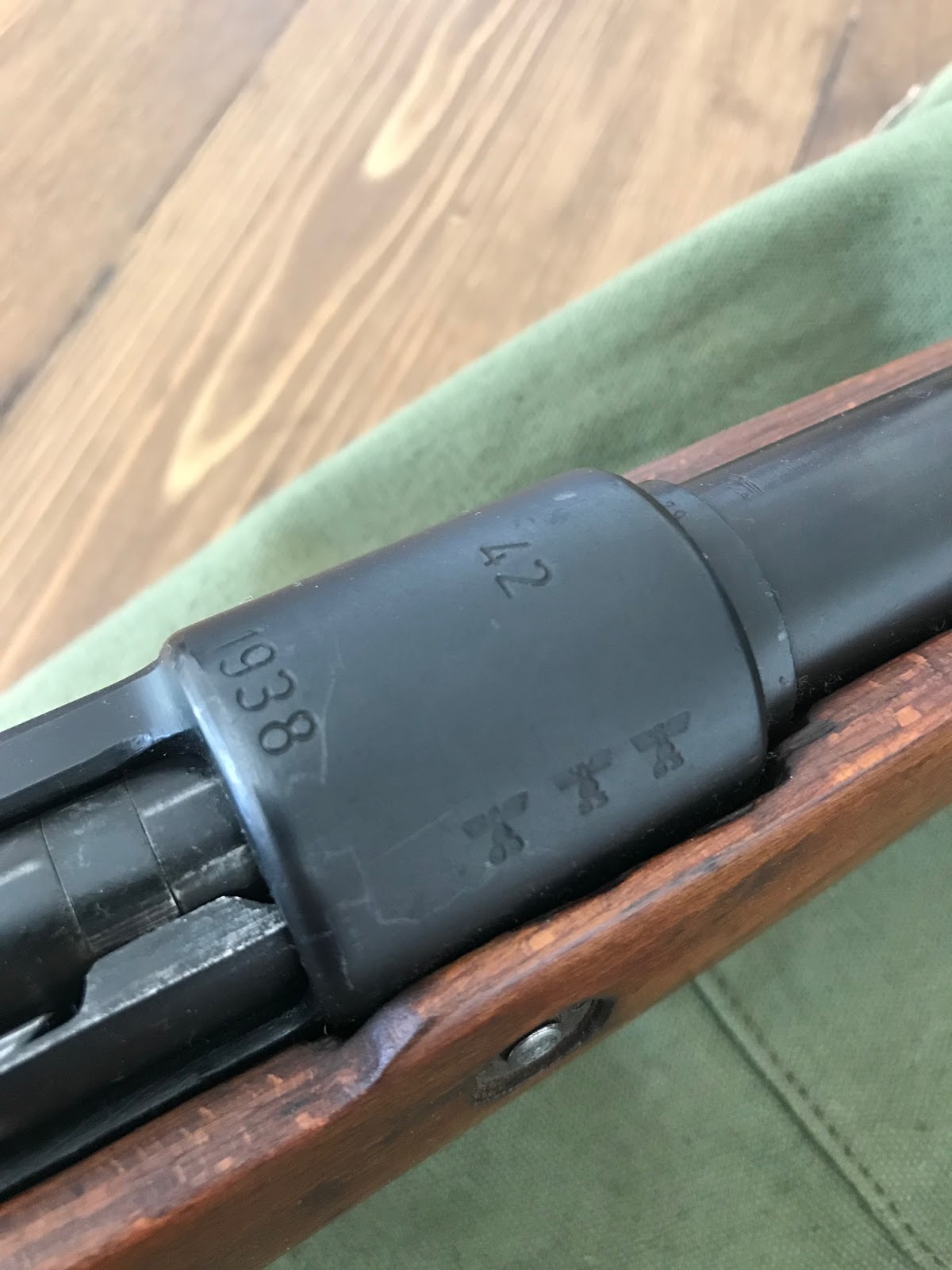 Manufactured by Mauser-Werke AG of Oberndorf am Neckar in Württemberg in 1938, this rifle served the Nazi Wehrmacht until as mentioned the Soviets got their hands on it. From there, its time in Soviet hands is relatively unknown until the Vietnam War. At some point, the USSR sent this rifle, like many others to aid both the North Vietnamese Army or the Viet Cong.

Was there in Vietnam that this rifle came under new ownership due to its previous owner no longer needing it. 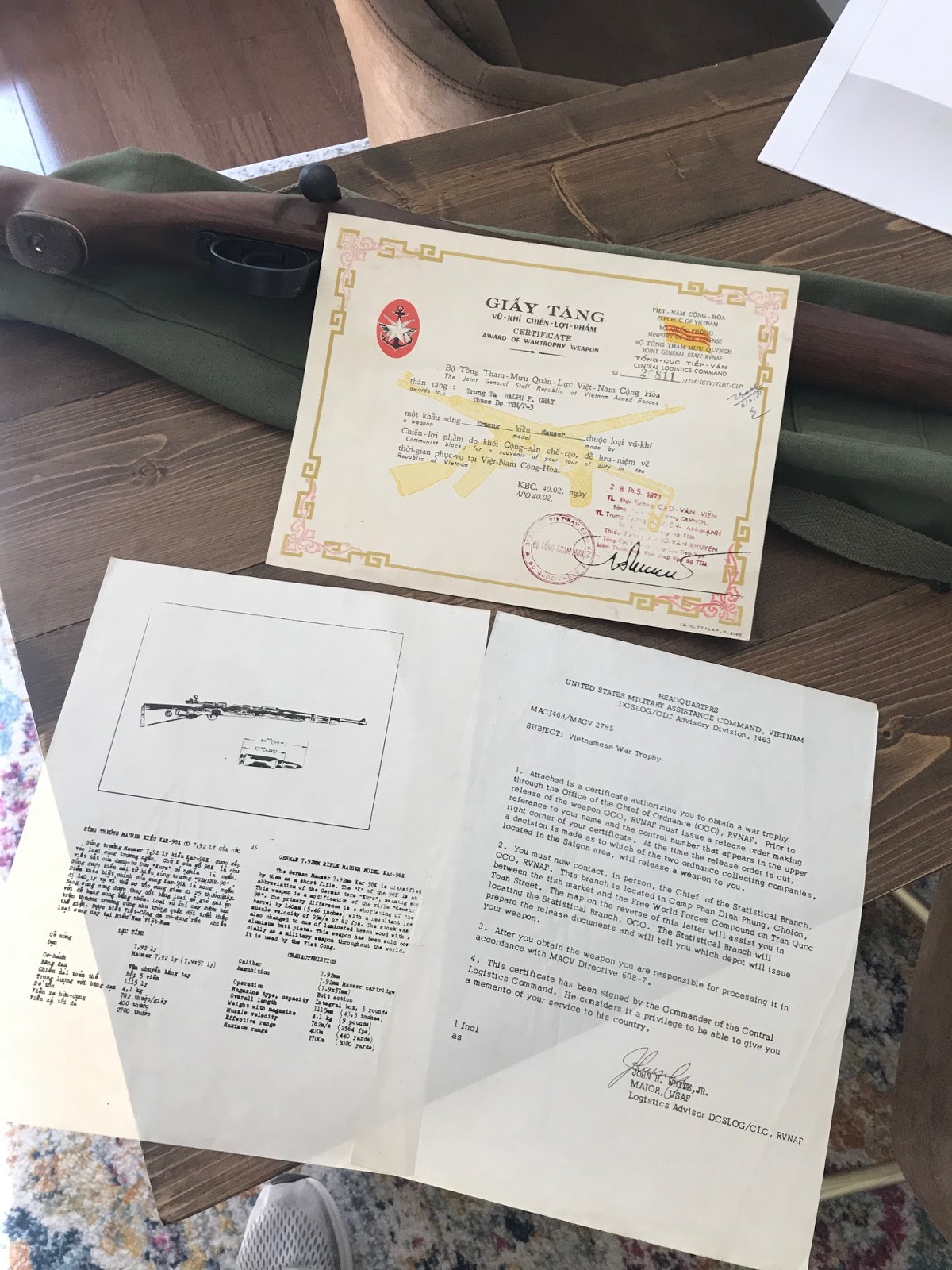 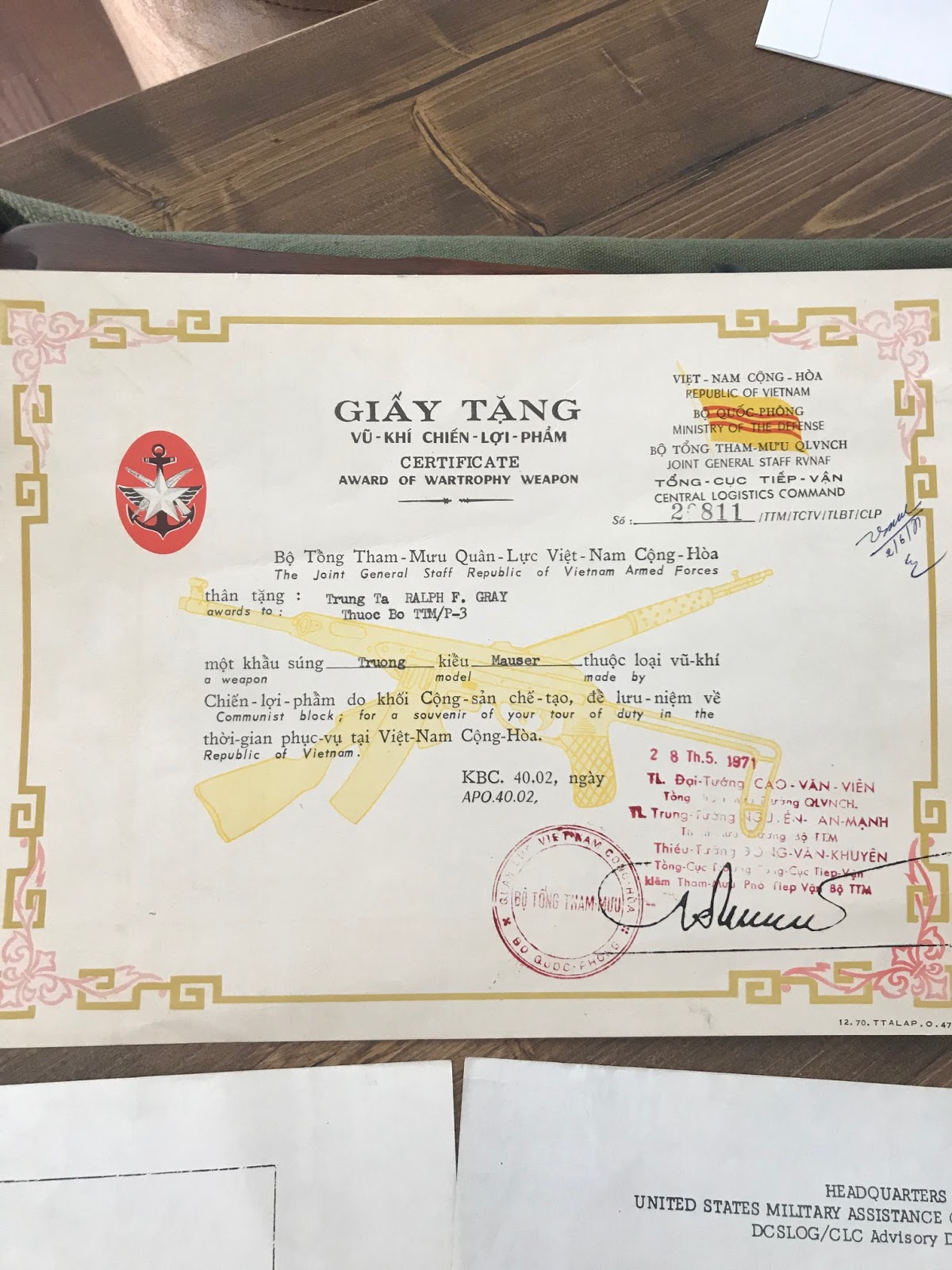 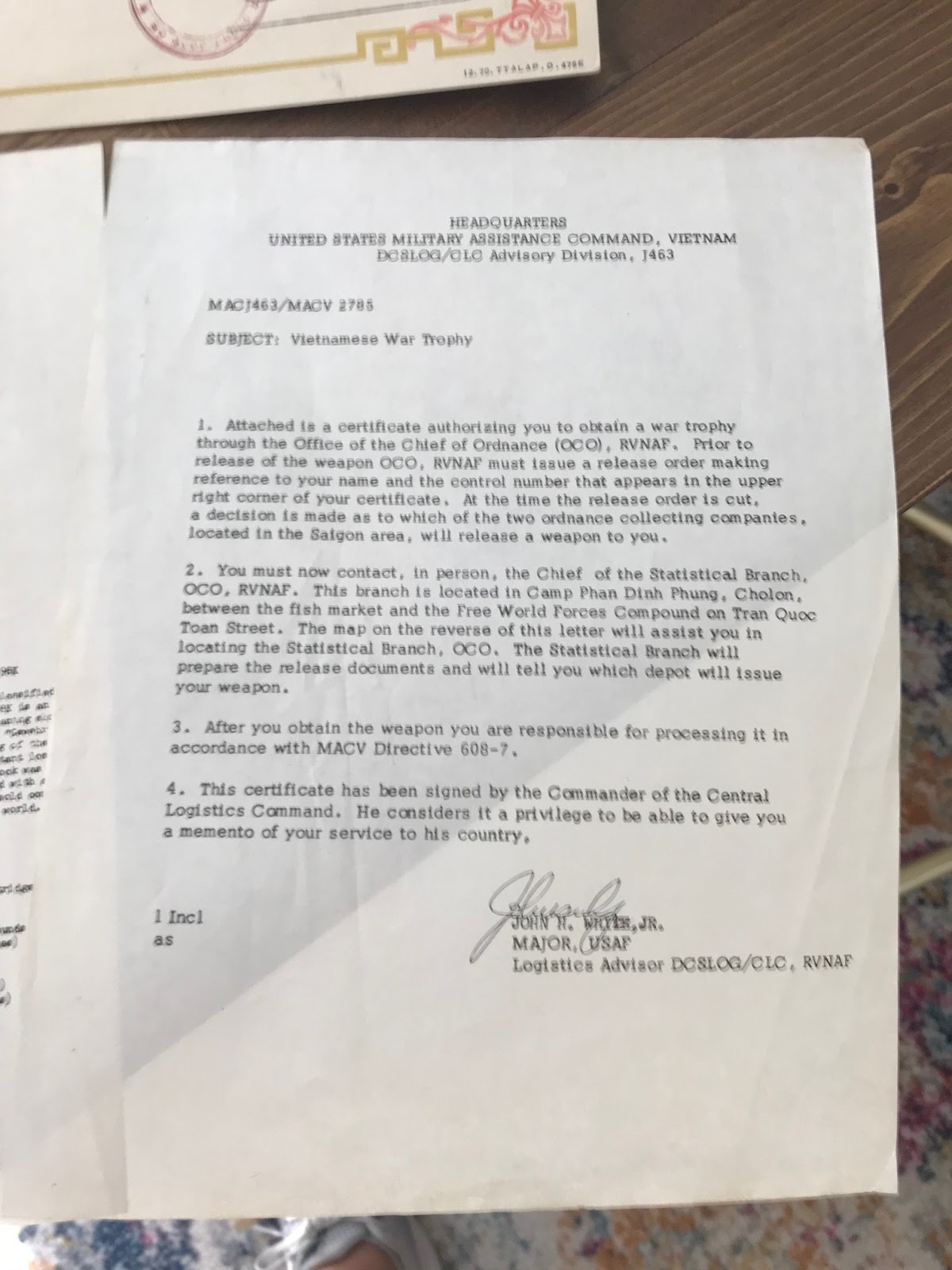 The rifle's new owner, a Major in the USAF brought it and gave it some needed tender love and care. 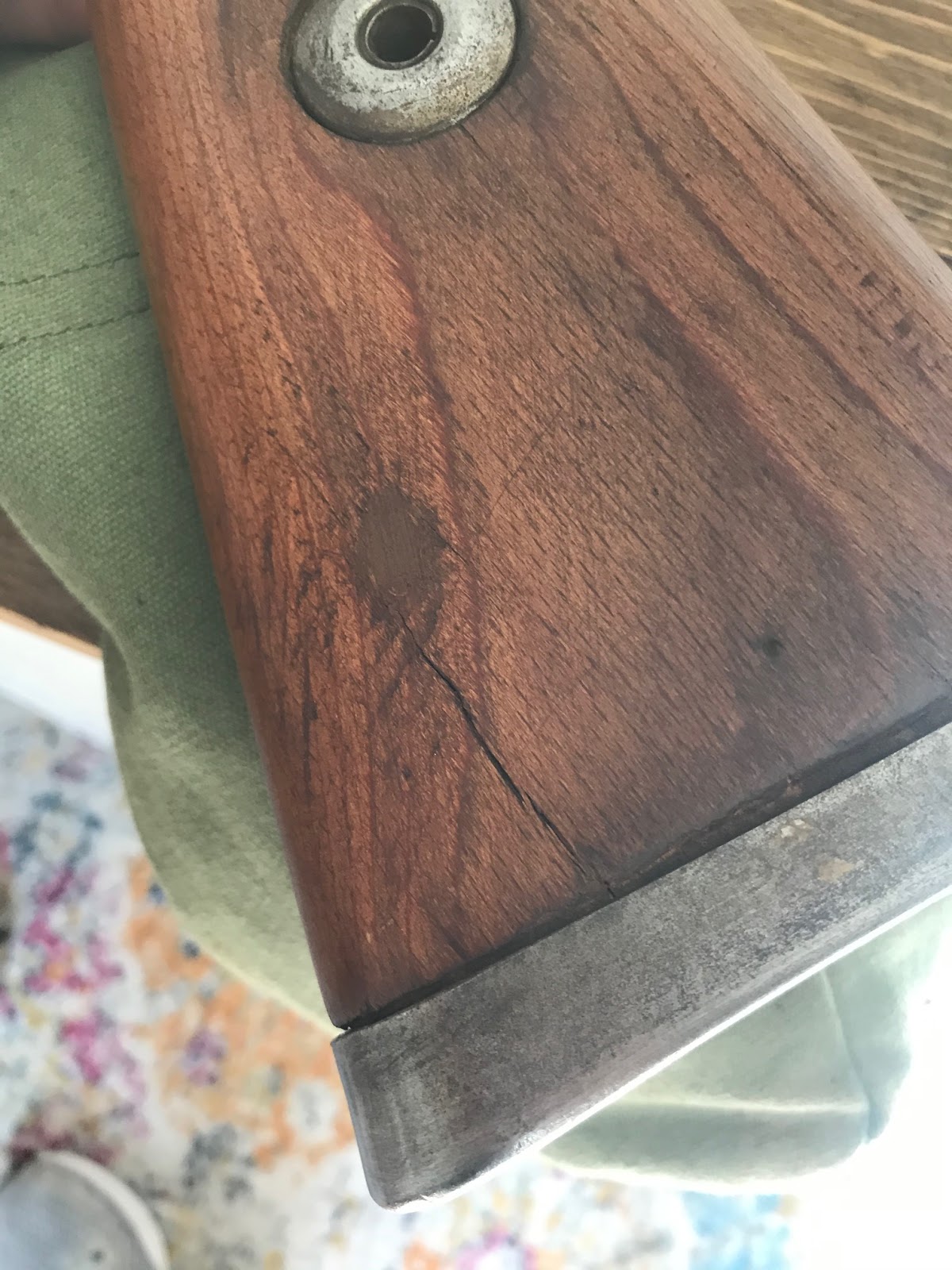 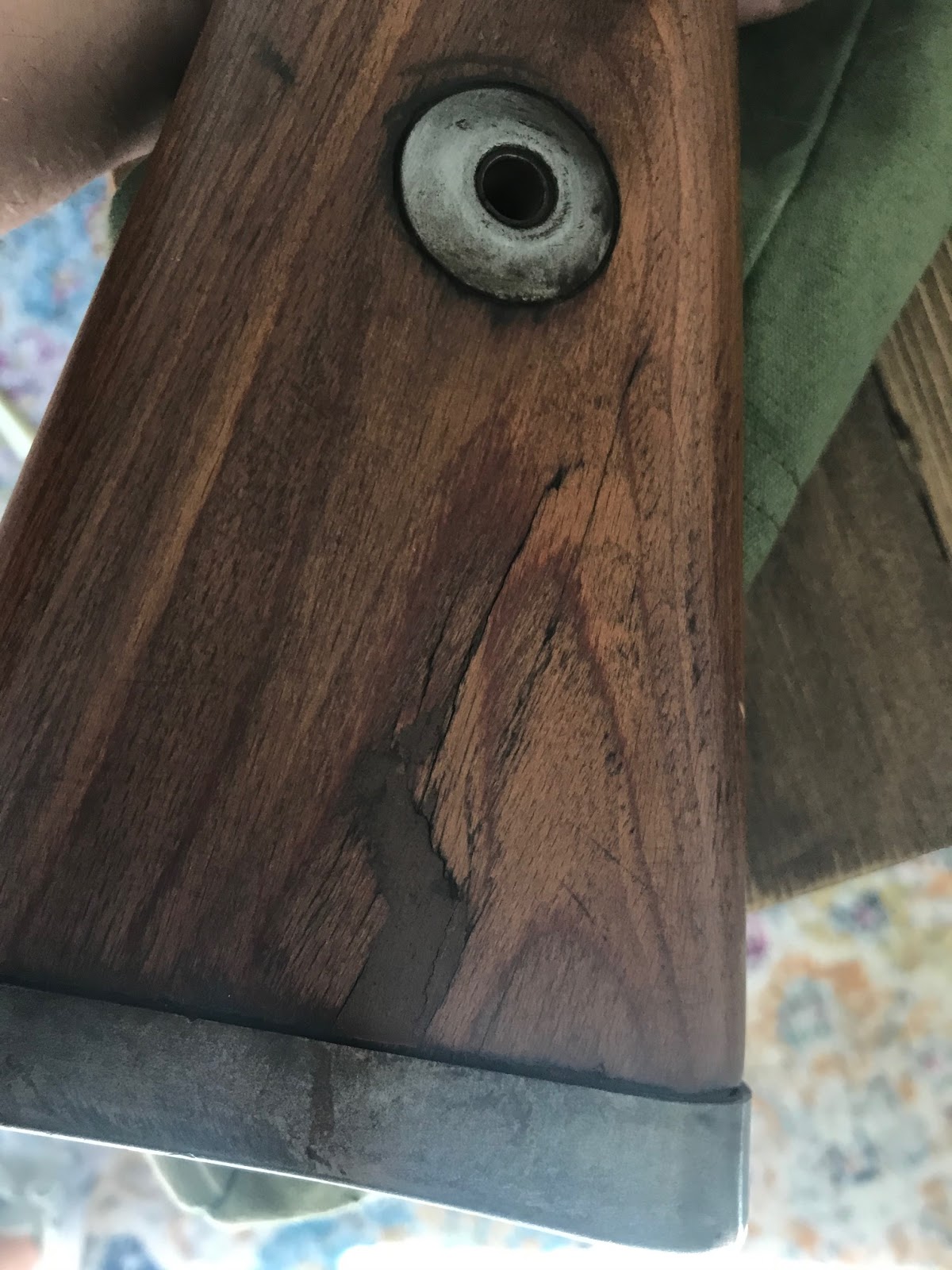 As you can see, the butt stock has a patched bullet hole. So does the bottom of grip. Which was patched and capped off with a checkered pad. 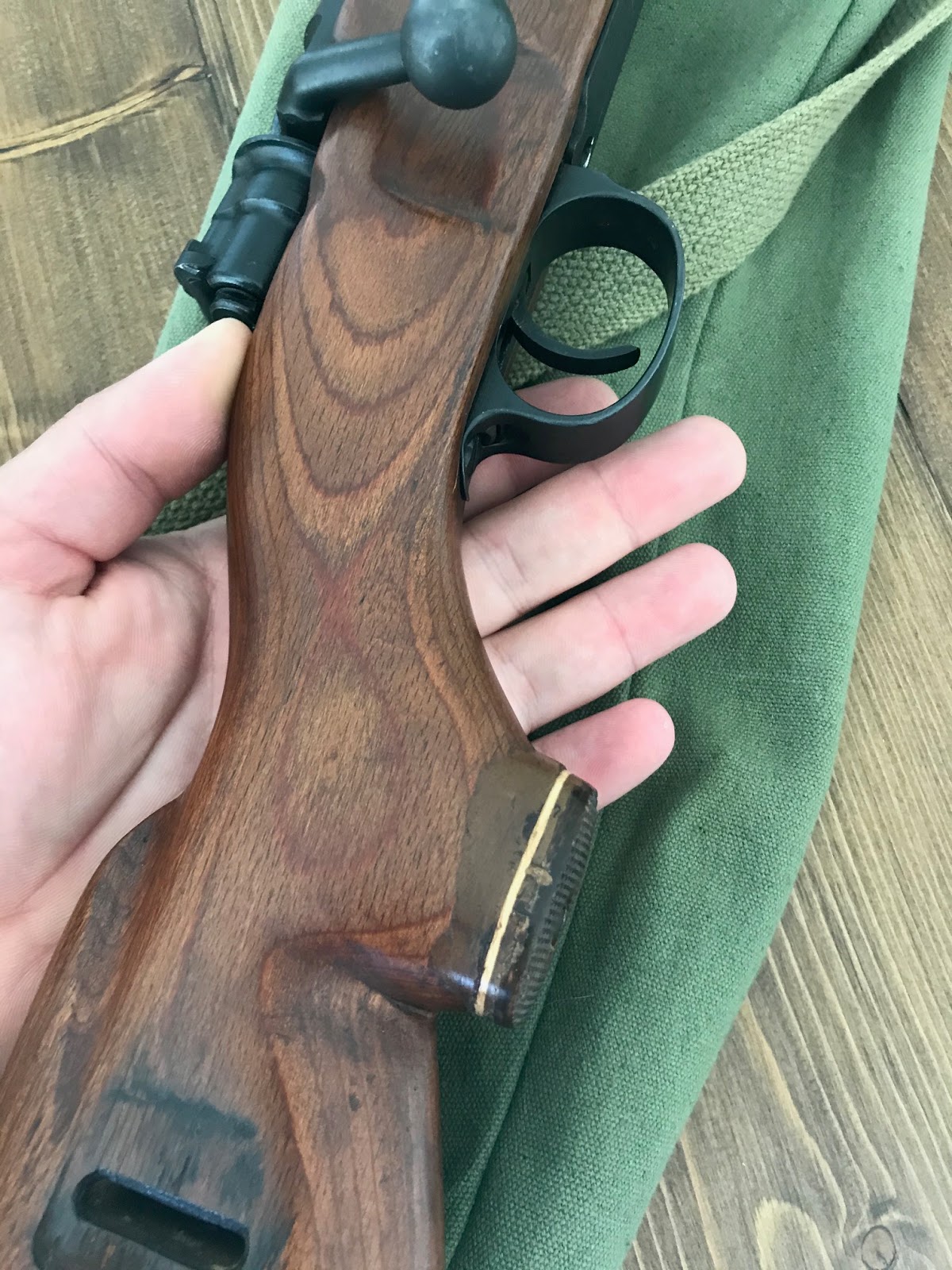 The current owner of this rifle purchased it from the family of the man who brought it home and has kept it as it. Choosing not to restore it since that would detract from its historical value and more importantly, make it just blend into the other 14 million K98s out there in the world. This one is unique and its provenance proves it.